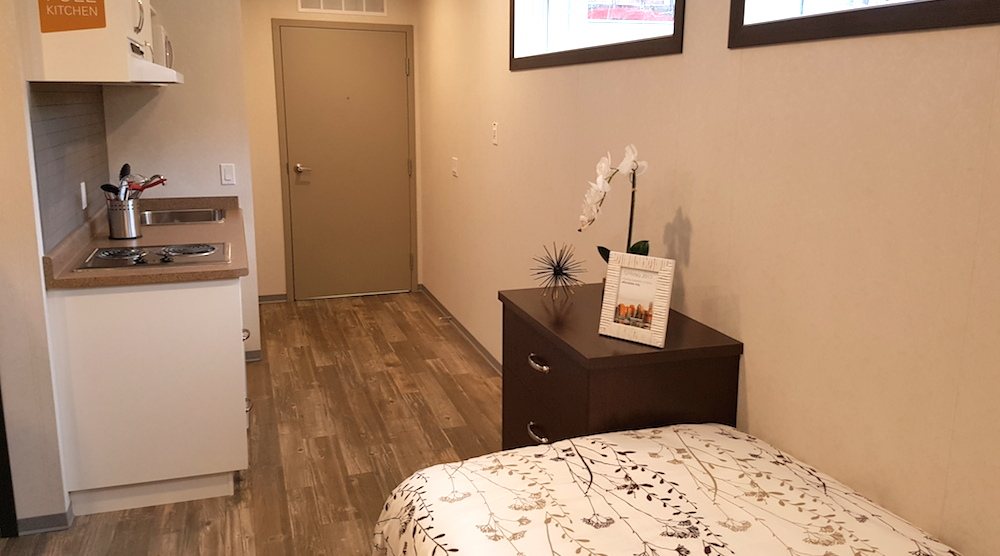 A temporary pavilion built on the roadway at Robson Square, where Robson Redux installations were previously located, showcases a prototype of the City of Vancouver’s first temporary modular housing project.

This morning, the municipal government unveiled the display of what a typical unit within the City’s first modular housing pilot project at the southeast corner of Main Street and Terminal Avenue will look like.

It was announced earlier this fall that Calgary-based Horizon North, a company best known for building housing projects for workers in Alberta’s mining and oil industries, had been awarded the contract to build the first of two planned modular housing pilot projects.

Construction on the 14,875-square-foot, three-storey project will begin early next year for a completion in spring. Each of the 40-single-occupancy units will be approximately 250 square feet in size, including a small kitchen and private bathroom. The entire project is expected to cost $3.5 million to build, with each unit pegged at between $80,000 to $90,000. 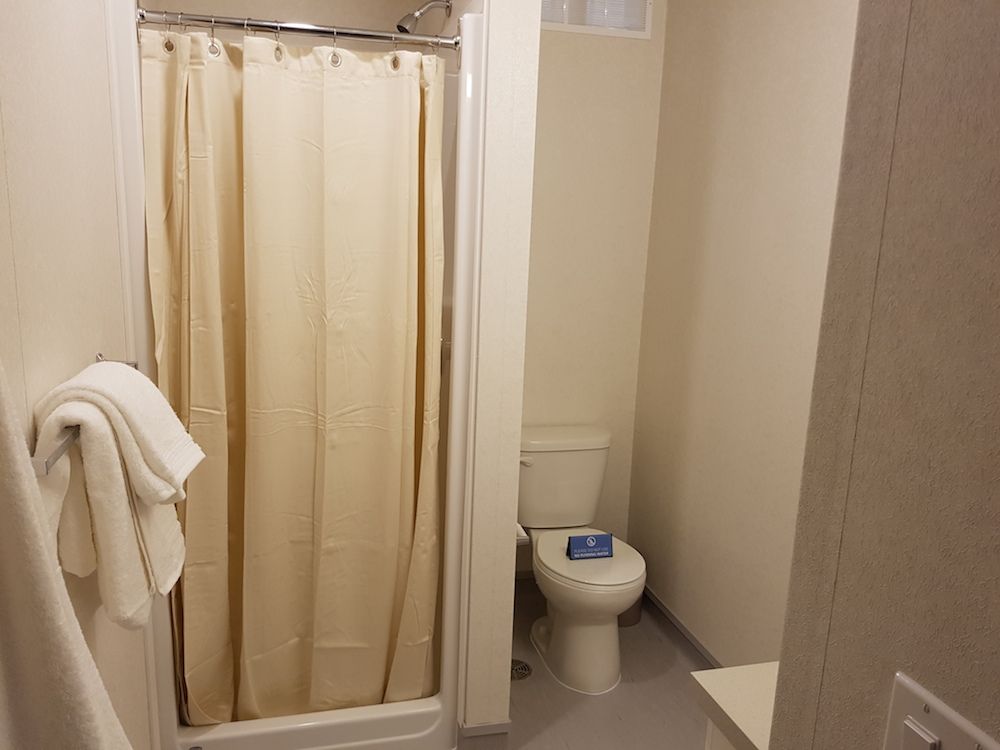 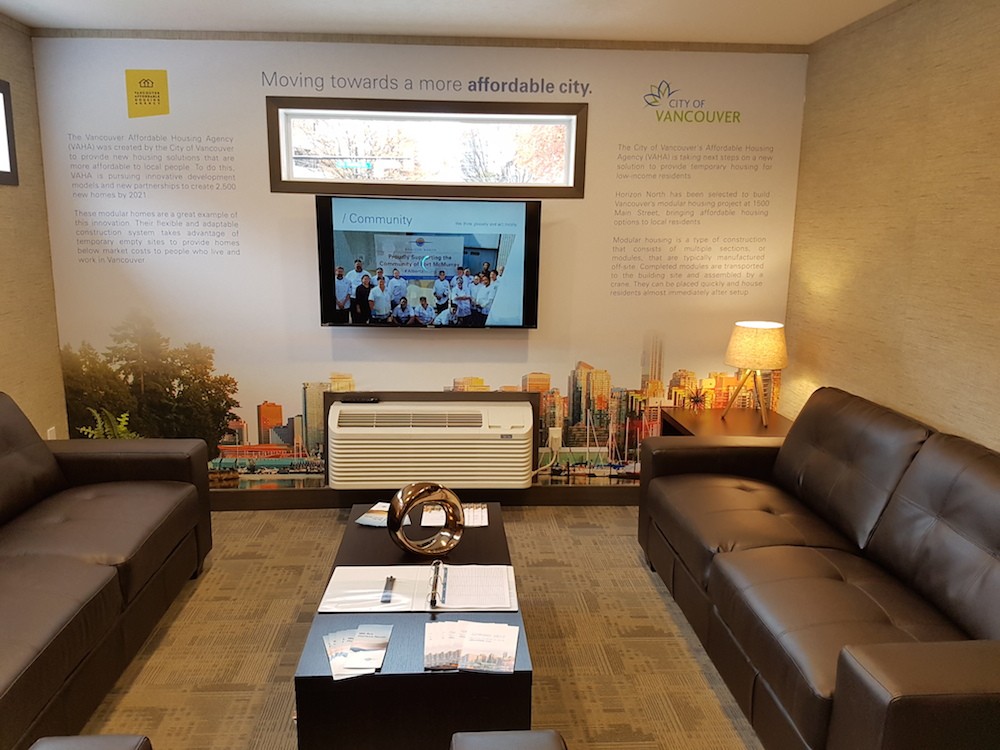 The prefabricated structure and foundation are designed to be easily dismantled when the land at 1500 Main Street, a former gas station and currently an urban farm, is ready for a permanent redevelopment.

“We obviously have shelters full and people still on our streets, [it’s] a real crisis in terms of homelessness and affordable housing that we need to start addressing on temporary sites,” said Mayor Gregor Robertson during a press conference.

The City says it plans to build 2,500 new permanent affordable homes over the next five years. But until then some temporary units through modular housing designs will be built given that it can be completed much more quickly to address immediate needs and at a lower cost.

“It’s a great way to test new ways of innovative construction. What we’ve seen is that there’s been traditional forms of construction for a long time, and we’ve seen increasing construction costs,” said Mukhtar Latif, CEO of the Vancouver Affordable Housing Agency and City of Vancouver Chief Housing Officer.

“We’re exploring different ways of creating affordability at the Housing Agency… [as] much of the housing we see is one form of housing, so maybe we can explore different technologies to create affordability over the longer term.”

The Robson Square modular housing pavilion will be open daily during certain hours until November 1st. 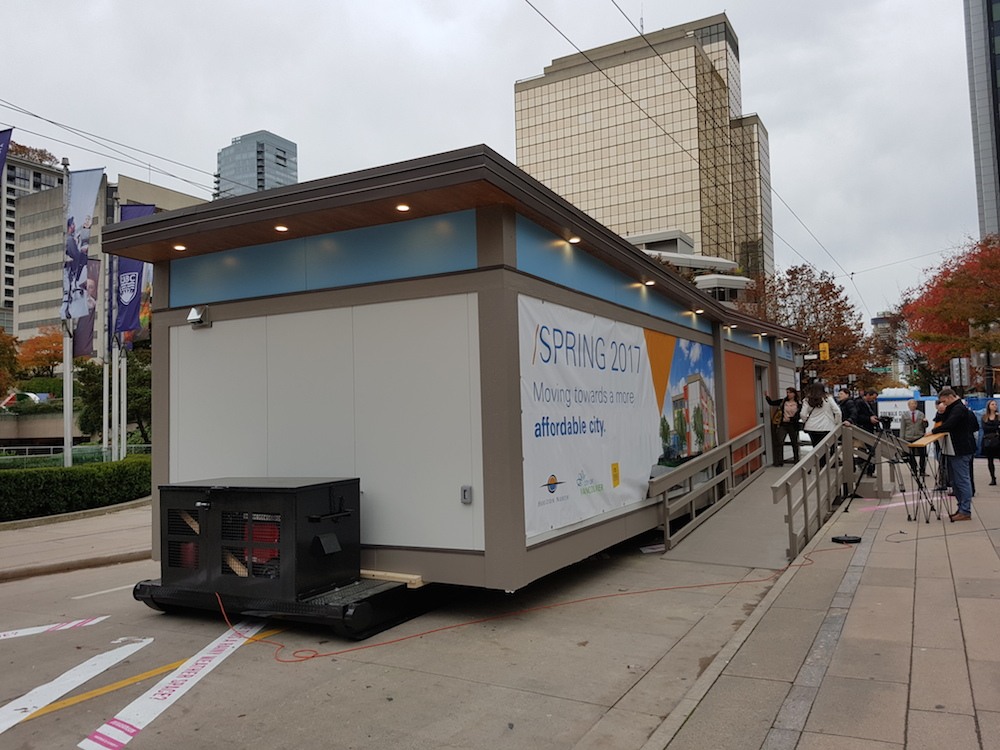