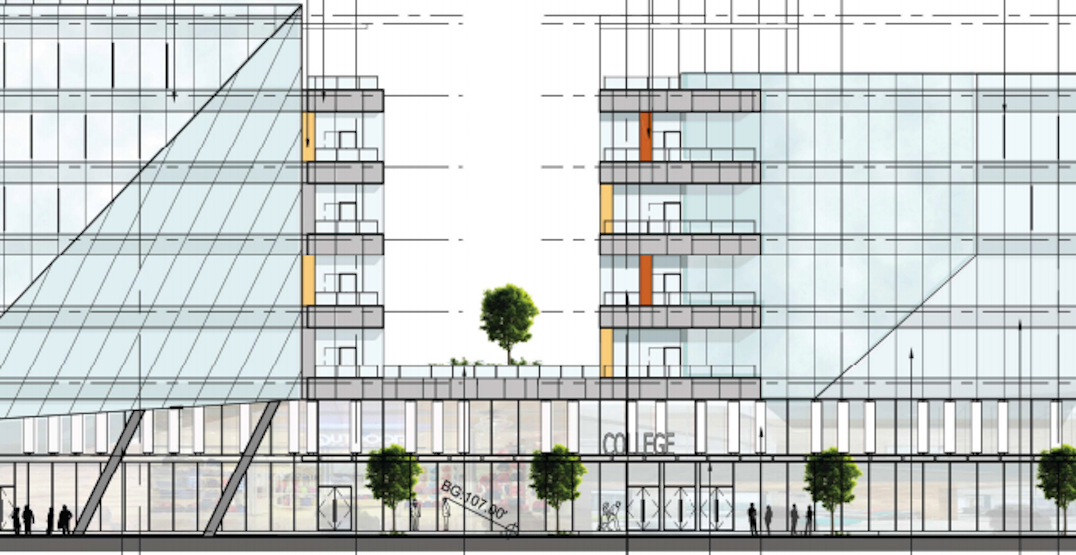 More office and institutional buildings could be added to a site next to SkyTrain’s Renfrew Station in East Vancouver.

A development application has been submitted by The Molnar Group to turn a 73,000-sq-ft lot at 2710 Kaslo Street — currently occupied by a ground-level parking lot — into a pair of mid-rise commercial buildings. 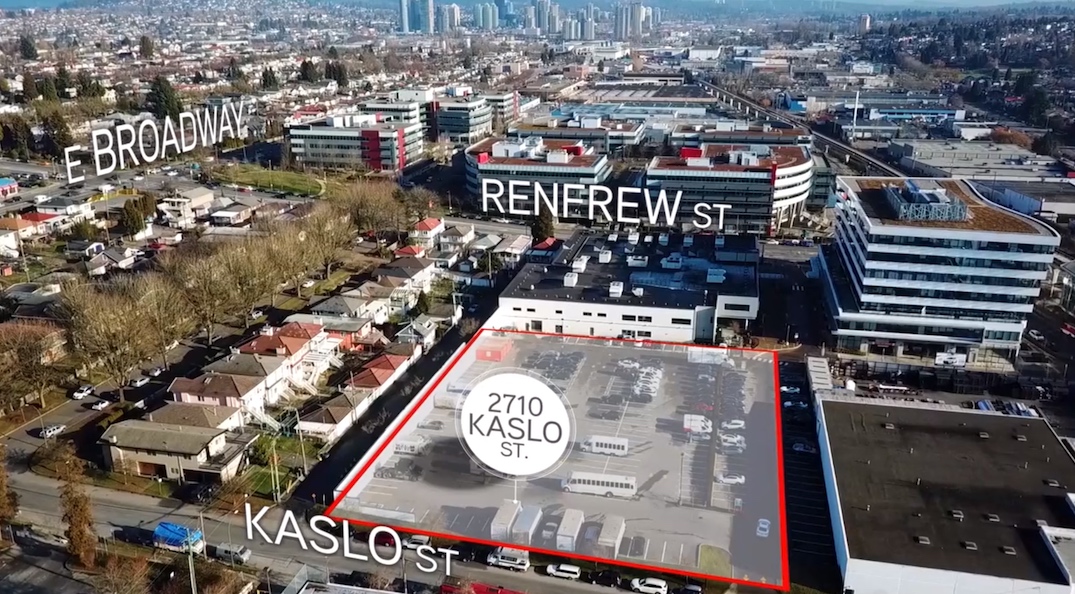 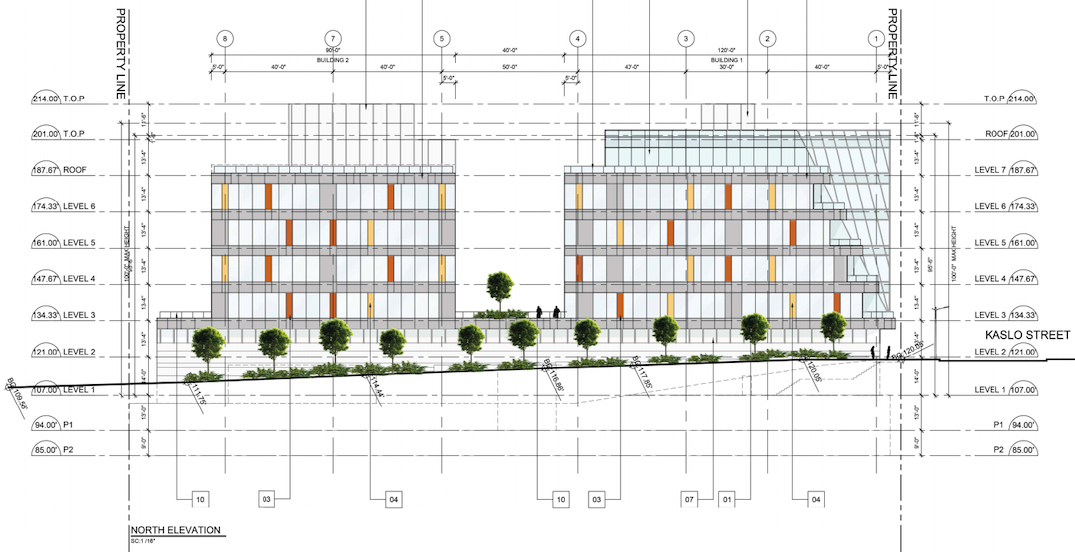 Both buildings will share a two-storey podium, with the school building featuring a south-facing courtyard.

“There is continuous weather protection along the public open space. The office lobby occupies the corner at Kaslo Street and the internal open space. The south elevation of the buildings are sculpted to provide a varied massing along the open space intended to animate the space.” 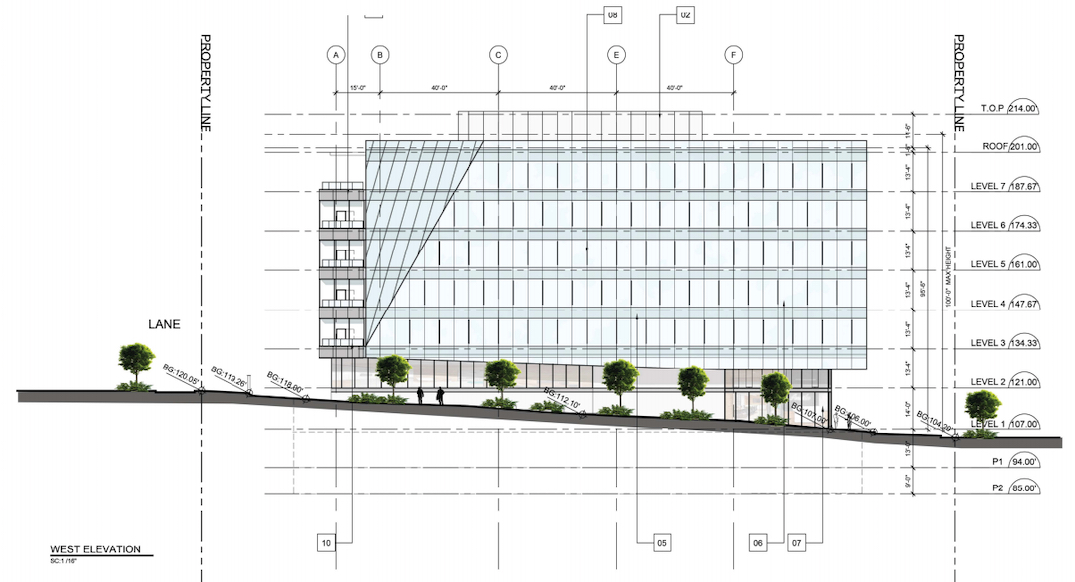 Altogether, the entire complex will create 212,700 sq. ft. of floor area, giving the project a floor space ratio density of three times the size of its lot.