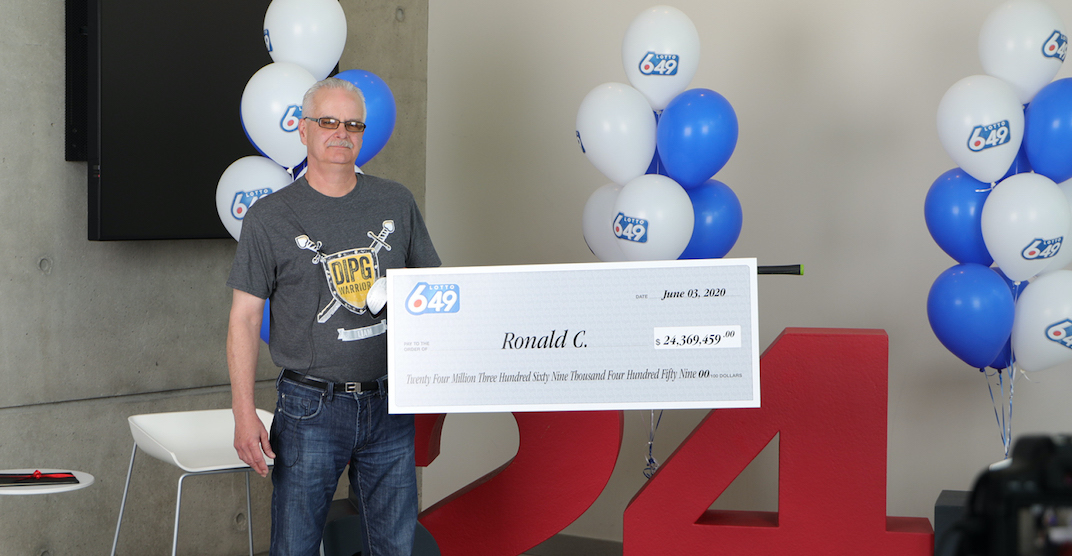 BCLC announced on Wednesday that Ronald ‘Ron’ Cumiskey of Aldergrove, BC, was the lucky winner of the big prize, worth $24,369,459.

Cumiskey checked his winning ticket from the May 27, 2020, Lotto 6/49 draw right before he turned the light out to go to bed.

“I checked it two, three, four times before it finally sank in,” he said in the BCLC announcement. “It’s the dream you never think is going to come true.”

He then told his roommate and his girlfriend about his win, and then called his boss of more than 20 years. “I said ‘Frank – I’m retiring! You know that (lottery) winner in Aldergrove? That’s me!’”

According to BCLC, Cumiskey is the third BC resident to win the Lotto 6/46 jackpot in 2020, and claimed his life-changing prize through BCLC’s alternate prize-claim process.

“I want to spend it helping the people that are close to me and have been there for me through my life,” he said.

He also says he’s always wanted to visit Pearl Harbor and the East Coast of Canada.