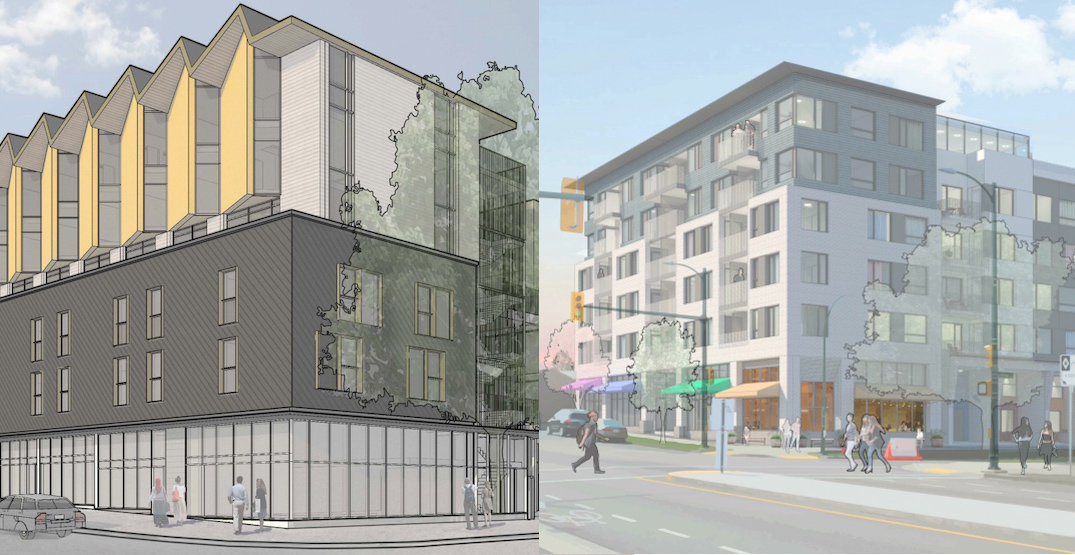 Nearly a year after the rezoning application was approved by Vancouver City Council, a newly submitted development application to redevelop 2336-2366 Charles Street into a six-storey rental housing building shows the design has gone through a drastic conventional redesign.

The contemporary architectural features in the design of the rezoning stage, which was one of the issues brought up by area residents during the contentious public hearing, have been abandoned in favour of a simplified concept that addresses some of the neighbourhood character mismatch concerns.

“This document was a result of one of the most extensive public consultations in the history of the City of Vancouver, and the citizens involved volunteered countless passionate hours to arrive at a vision for their neighbourhood. Building on that engagement, the application team hosted a week-long pre-application engagement with 95 interactions with local residents, where a surprising majority were in support of the project,” reads the application by local developer Cape Group, and Human Studio Architecture and Urban Design.

“We believe that thoughtful and rigorous citizen engagement was, and is, profoundly valuable in framing a positive way forward for the neighbourhood and should be respected and supported. Our proposal meets the building height, uses and density guidelines of the Grandview-Woodland Community Plan.” 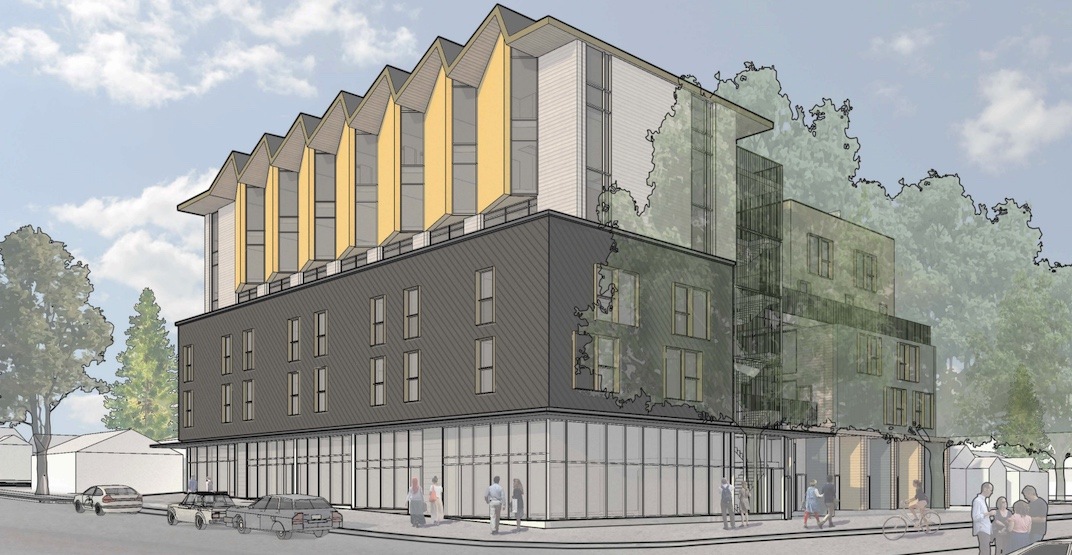 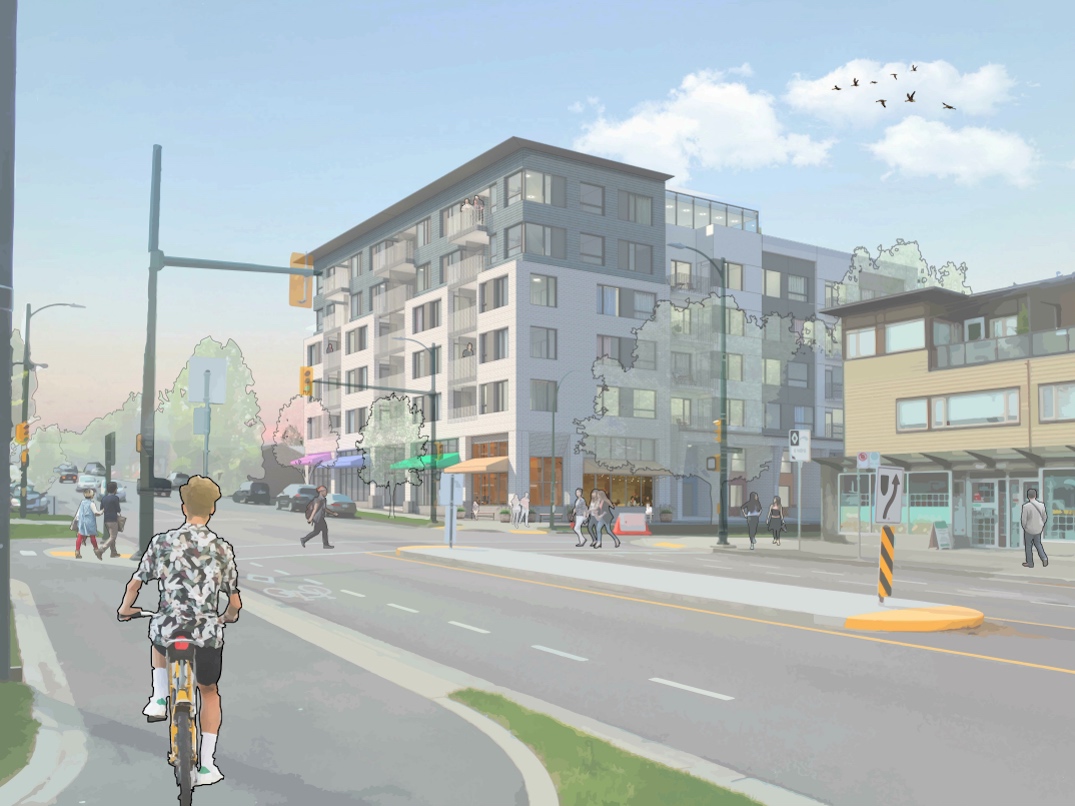 The internal courtyard for residents on the second level has been retained, the number of floors remains the same but the overall height is about five feet shorter, and there are now five additional units for a total of 67 market rental homes.

However, in the process of making the design alterations, the building lost about 4,000 sq ft of floor area, bringing it down to roughly 50,400 sq ft. The losses are from the reduction of ground-level retail and restaurant space from 8,200 sq ft to just under 4,000 sq ft.

The commercial spaces were intended to expand the existing small node of retail and restaurants at the intersection of Nanaimo Street and Charles Street, with the building site located at the southwest corner replacing four single-family homes.

The design team has also asked for a relaxation in the city’s continuous weather protection policy for the commercial frontage, requesting “modest gaps in the canopies between each retail unit” to provide the businesses with a “strong sense of individual identity and character.”

The commercial spaces front Nanaimo Street, but most of the building’s Charles Street frontage is activated by six loft-style townhouses, each with an outdoor patio and plantar. 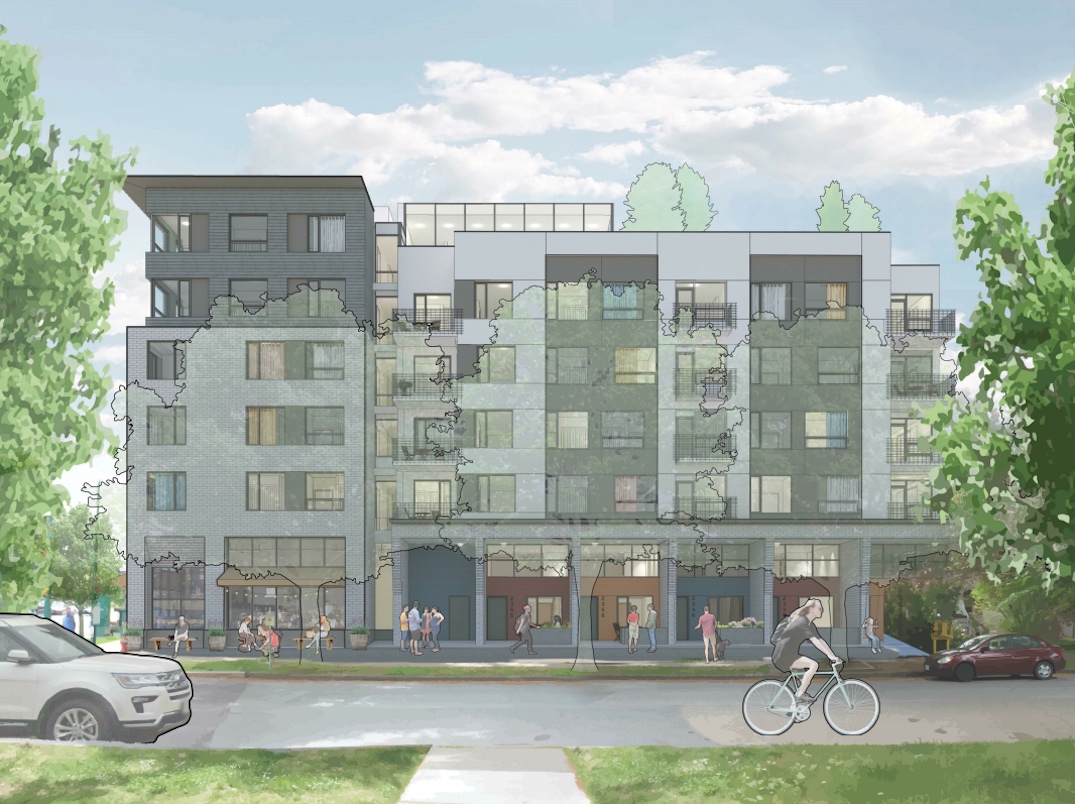 “In our view, the emphasis on building height that often dominates building design decisions for this type of project overshadow the critical importance of a well-designed, active and appropriately scaled connection to the ground,” continues the application.

“In addition, the local focused commercial units wrap both Charles Street and the lane, activating both spaces while putting eyes on the street. These strategies will create an important precedent for both activated streetscapes and activated lanes along Nanaimo.”

Another major change to the design in response to area resident’s traffic safety concerns for both the neighbourhood and the students of Lord Nelson Elementary School, located immediately to the west: the number of underground vehicle parking stalls is now halved, with 32 stalls now provided instead of the 64 stalls approved during the rezoning.

It is estimated the redevelopment will provide homes for about 150 people.

In addition to the courtyard, residents will have access to a rooftop amenity space on the northwest corner of the building, including an outdoor play space, lounge area, and outdoor cooking area — all with views of the downtown Vancouver skyline and mountains. 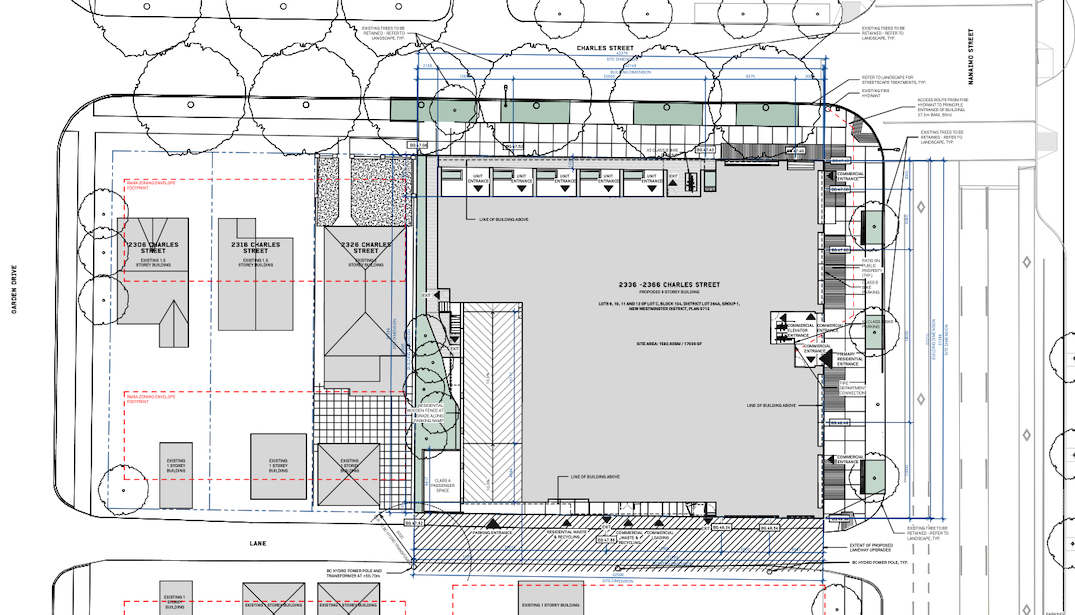 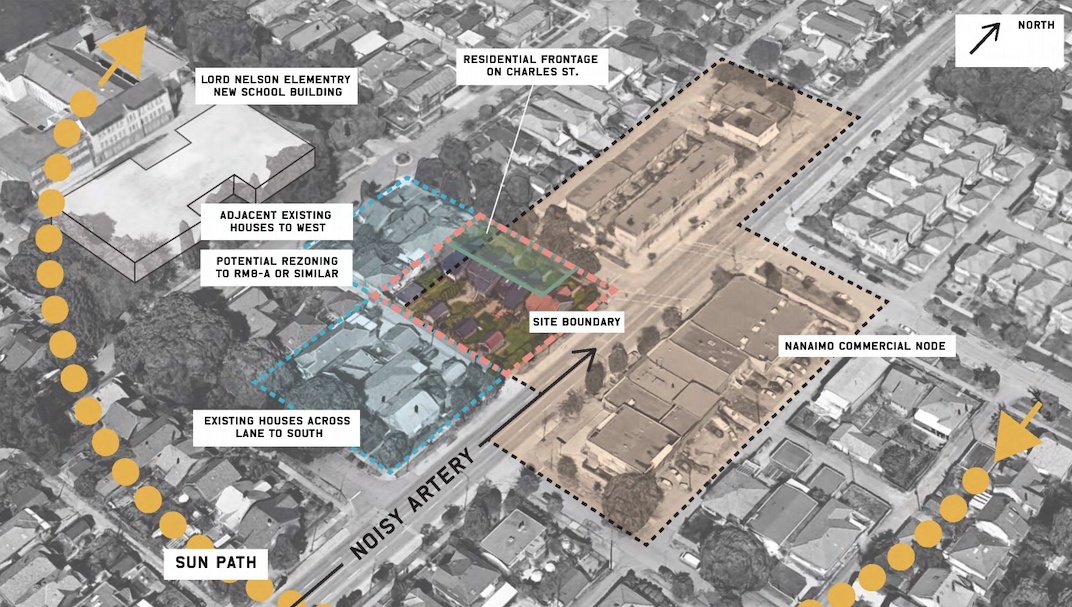