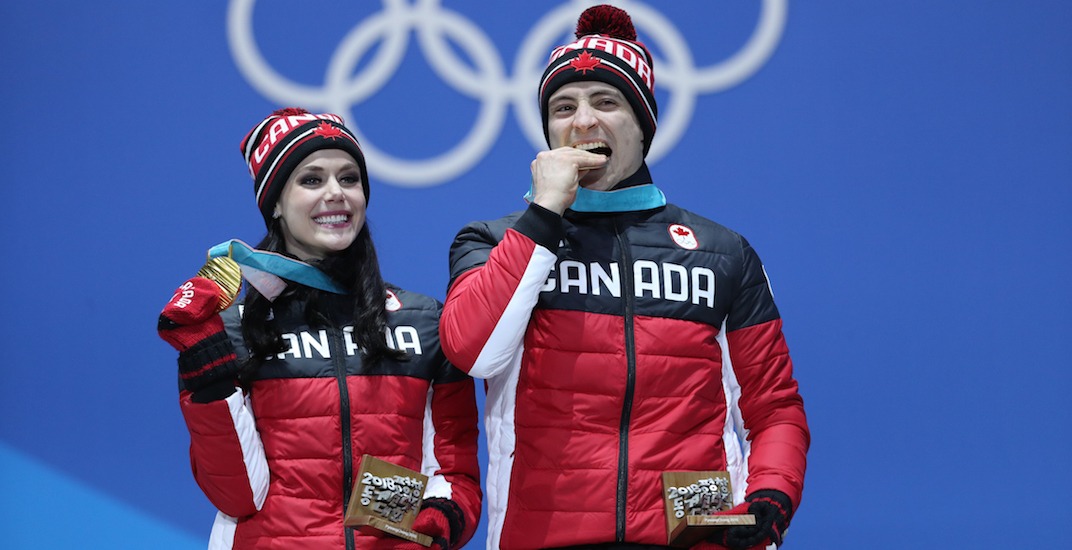 Canada added two gold medals to their total on Day 11 at the Winter Olympics in PyeongChang.

The country stopped to watch Tessa Virtue and Scott Moir, as they delivered the performance of a lifetime in ice dance. Needing a world record score for gold, they achieved it with a flawless performance.

On most other days, Cassie Sharpe’s performance would have been the top news story. The Canadian freestyle skier won gold in the halfpipe event, blowing away the competition with the top-two runs in the final.

On the curling rink, the Canadian men’s team beat Japan 8-4, while our women lost 7-5 to China.

Canada wasn’t playing in men’s hockey, but they found out their opponent for the quarter-final. It’s going to be Finland, after they defeated South Korea 5-2 in the qualification round.

The biggest disappointment of the day was in short track speed skating, where Canada’s women’s 3,000-metre relay team was robbed of a medal after a questionable decision was made to disqualify them.

With five days of competition left, Canada continues to close in on the national record for medals at a single Winter Olympics. With 19 medals (8 gold, 5 silver, 6 bronze), we are seven medals away from equalling the mark set at Vancouver 2010. 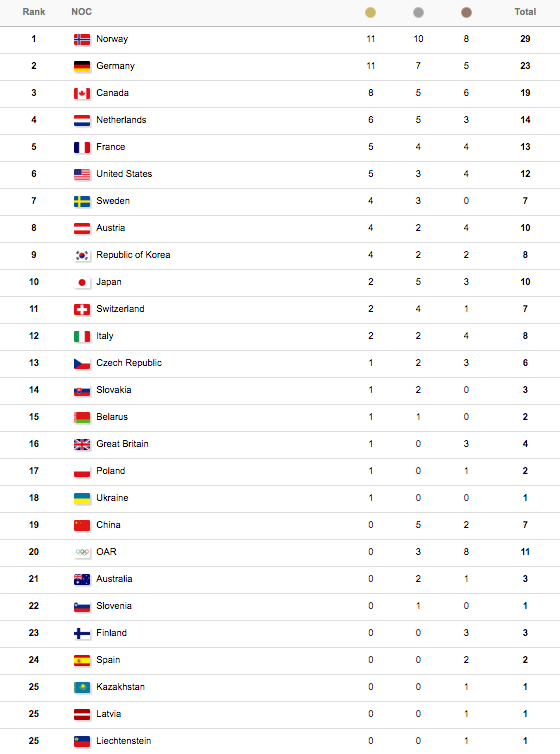