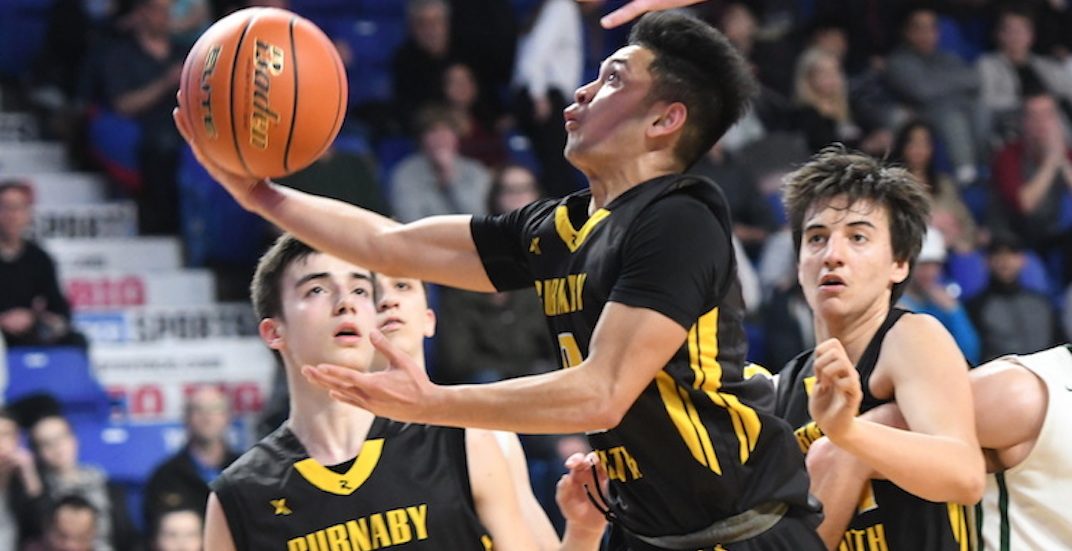 The 4A final is officially set: the Burnaby South Rebels will face the Semiahmoo Totems tomorrow night for all the marbles.

Burnaby South beat the surprise of the tournament, Belmont, 70-58 to punch their ticket to the final. The Rebels were up 15 at the half, but Belmont showed why they were the Cinderella story of the tournament by bringing it within two into the final frame. It looked like Belmont would pull off the upset yet again.

But the magic slippers seemed to go off Belmont after that, as Burnaby South went on an 8-0 run to start the quarter and didn’t stop, as they continued to put the pedal to the medal. Sasha Vujisic was named the player of the game, finishing with 15 points and 19 rebounds.

Semi-final Friday also had a great matchup in the 3A bracket, as the Byrne Creek Bulldogs took on the North Delta Huskies with a trip to the finals on the line. The first quarter was tense and low scoring until a Roopinder Gill three at the buzzer seemingly opened the floodgates for the Huskies. They proceeded to rain down threes on Byrne Creek, leading by five at the break.

The turning point came when Byrne Creek switched to a fast break offence, using their speed to get to the rim and draw fouls. Not only that, but North Delta’s deadly distance shooting seemingly vanished out of thin air. Byrne Creek won 76-64, booking their ticket to the big game tomorrow night.

Here’s what else happened on the third day of the 2018 BC High School Basketball Championships.

Burnaby South will play Semiahmoo in the final on Saturday at 8:15 pm.

South Kamloops and Byrne Creek will play in the 3A final at 6 pm.