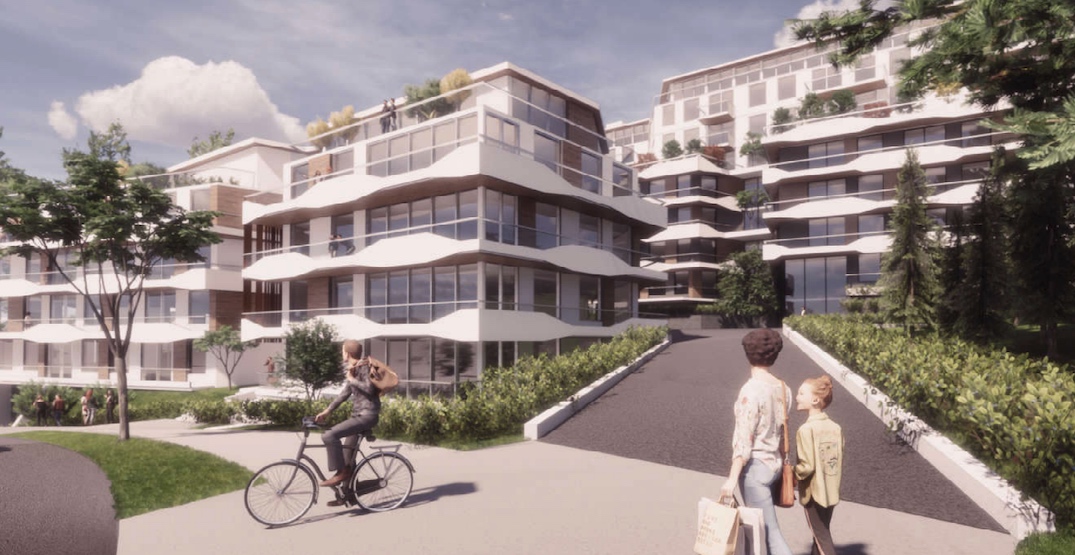 A cul-de-sac in Port Moody could break its single-family neighbourhood character as a result of a new multi-family market residential redevelopment, but it would act as a transition for the far larger Woodland Park redevelopment to the west.

A rezoning application submitted by local developer Porte Communities proposes to redevelop four single-family homes on a sloped area at 1865-1895 Charles Street into two low-rise buildings, with the front building facing Charles Street being five storeys and the rear building up the slope being four storeys on top of a parking structure.

But because of the stepped design of the rear building over the parking structure, it is considered an eight storey building. 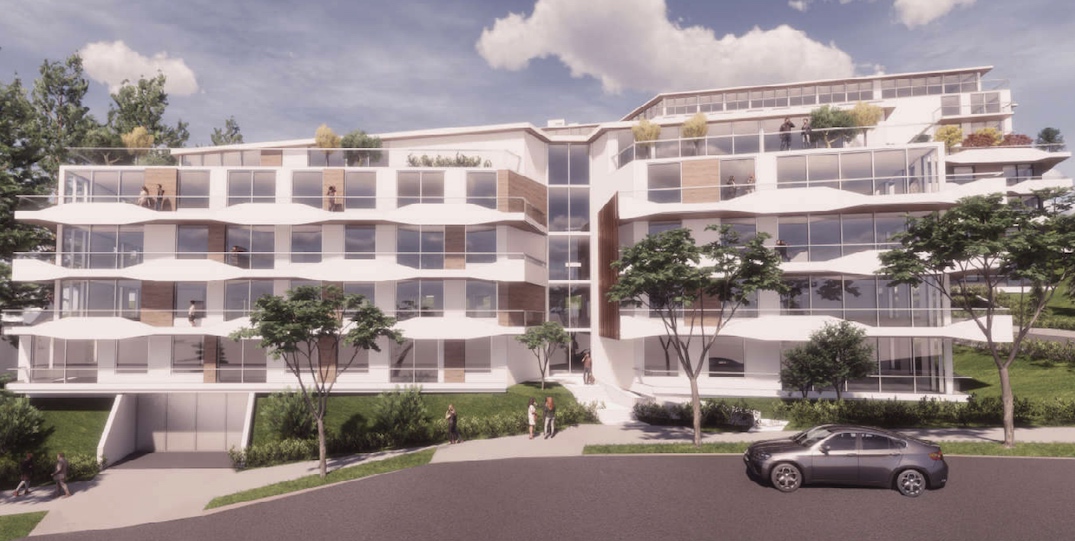 Residents of both buildings will have access to outdoor amenity spaces and a children’s play area, while residents on the top floor of the rear building will also have access to their own private rooftop patio.

Aside from the challenges of the slope and the close proximity to an environmentally sensitive area, the development site also faces an underground hurdle, as the tunnel for SkyTrain’s Millennium Line Evergreen Extension is directly below.

The top of the tunnel varies from 25 metres to 30 metres below the surface of the site, and the former tunnel boring machine pit and tunnel portal are located just downhill, approximately 80 metres to the east. For this reason, the proponents intend to excavate to a depth of just 10 metres for underground parking.

According to a city report, the developer has contacted TransLink about their proposal, and city staff have mandated that the proposal will only be considered if the public transit authority confirms the development will not impact the tunnel. 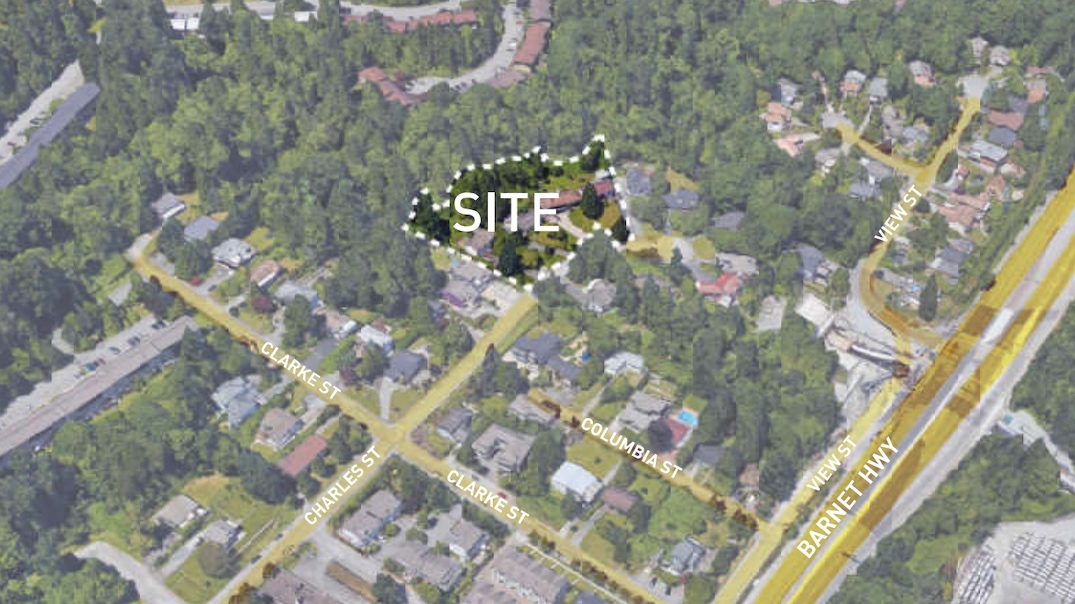 But the proposal — designed by GBL Architects — otherwise aligns with the city’s Evergreen Line Sub-Area policies, specifically multi-family redevelopments in the Charles Street cul-de-sac, and the consolidation of lots on the street to provide more comprehensive development in the area. An amendment to the official community plan would address the proposal’s height in excess of the area’s six-storey restrictions. 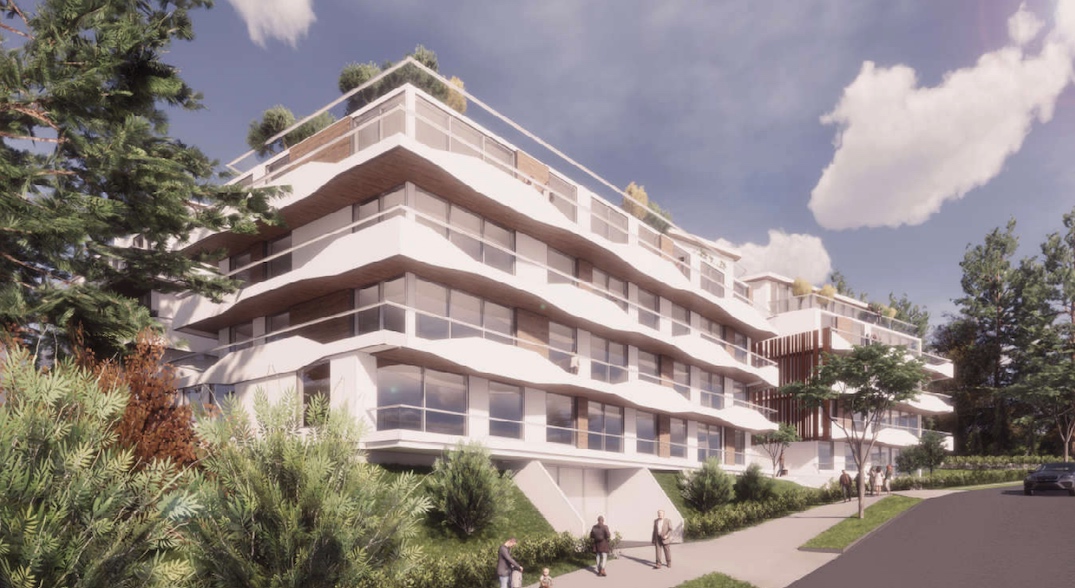 “The intention of these policies was to stress that multi-family redevelopment up to six storeys would only be considered when the project results in substantial on-site open/green space, preserves the surrounding environmental attributes, including the adjacent watercourses and the existing forest resource and enables neighbourhood connections,” reads the city report.

To accommodate the density, there will be 279 vehicle parking stalls and 307 bike parking spaces.

To the west, the Woodland Park redevelopment calls for over 2,300 new homes in 18 buildings up to 26 storeys.