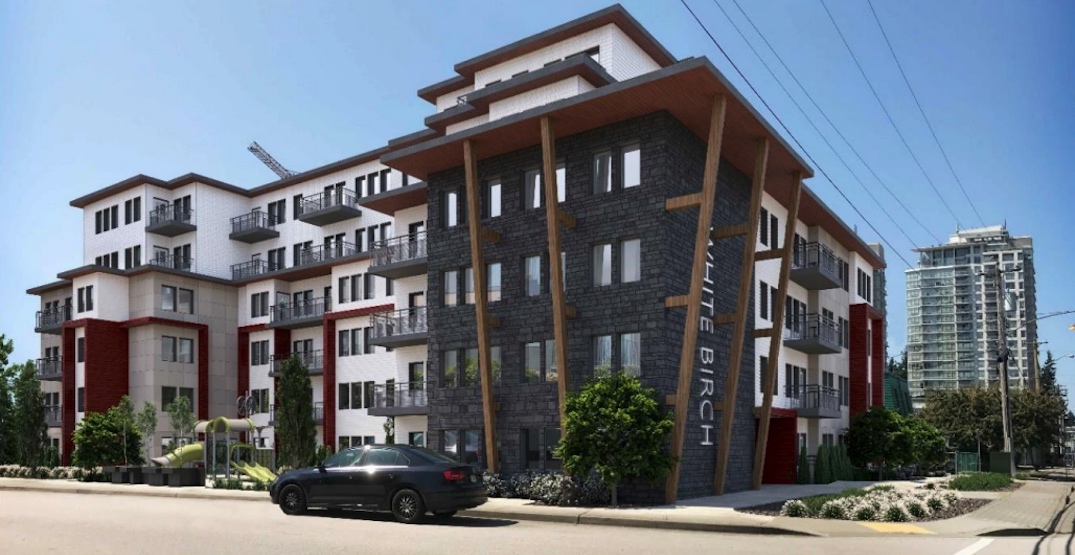 A proposal for a six-storey rental housing building in White Rock was narrowly shot down by a city council last month in 4-3 vote during a public hearing.

The proposal, designed by Billard Architecture, called for 80 secured purpose-built rental homes at 1485 Fir Street, near Peace Arch Hospital and Semiahmoo Shopping Centre. It would have replaced a 1965-built, three-storey building with 25 units on a 22,000 sq. ft. site.

This proposal was redesigned three times over the course of two years, with a slightly larger proposal rejected in Summer 2019.

The initial proposal called for 84 rental homes over a total floor area of 70,900 sq. ft., creating a floor space ratio (FSR) density of 3.23 times the size of the lot. But city council took issue with the building’s affordability, height, and massing, and the potential traffic impact on the area.

The proponent returned to city council with a smaller project with a FSR density of 2.8, which does not necessitate an amendment of the official community plan (OCP). The number of three-bedroom units was decreased, the building massing was recessed on the upper two levels to reduce shadowing and impacts on views, the lot coverage was decreased to below 50%, and balconies were added to more units.

The number of parking vehicle stalls also fell from 115 to 108. 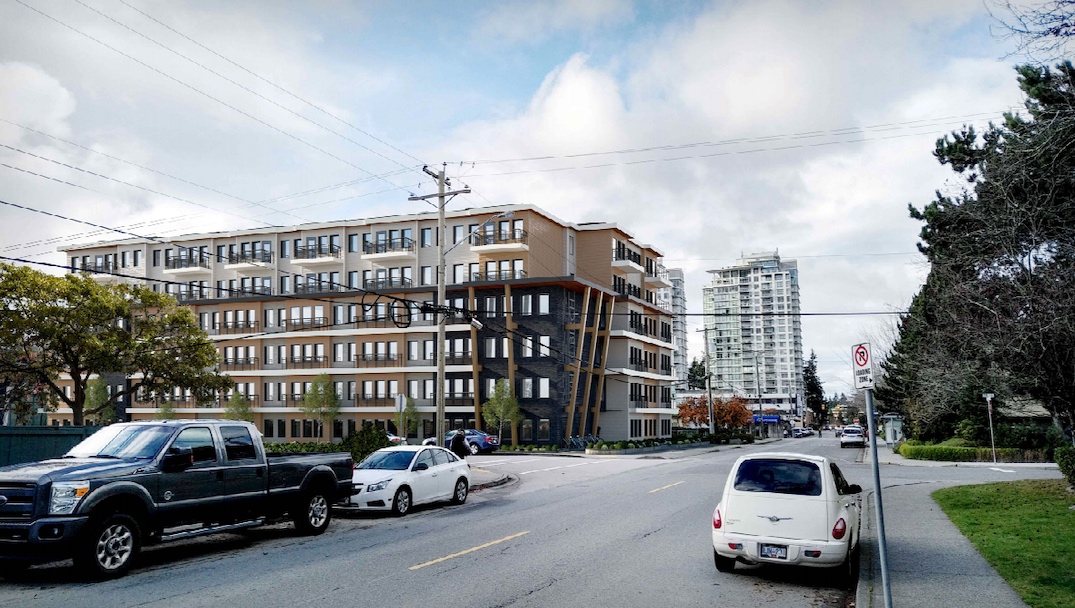 In their report to city council, city staff indicated their support for the revised proposal, as it aligned with the OCP policies of transitional building forms from the town centre’s high-rise towers.

The proponents had also offered generous compensation for residents of the existing building, including reduced rents of between 21% to 30%, depending on the length of duration of their tenancy to date, if they choose to return to the new building. If a tenant did not opt to move back into the building, their one-for-one replacement unit would be available to a new tenant at a 10% reduced rental rate. In exchange, the developer would qualify for community amenity contribution waivers.

However, city council ultimately rejected the revised proposal, over the same reasons that were made in the 2019 rejection. Throughout their term so far, city council has been particularly critical of the height and density stipulated by the OCP.

According to Canada Mortgage and Housing Corporation’s latest report on the purpose-built rental housing market, the vacancy rate in White Rock was hovering at just 0.8% in 2020.