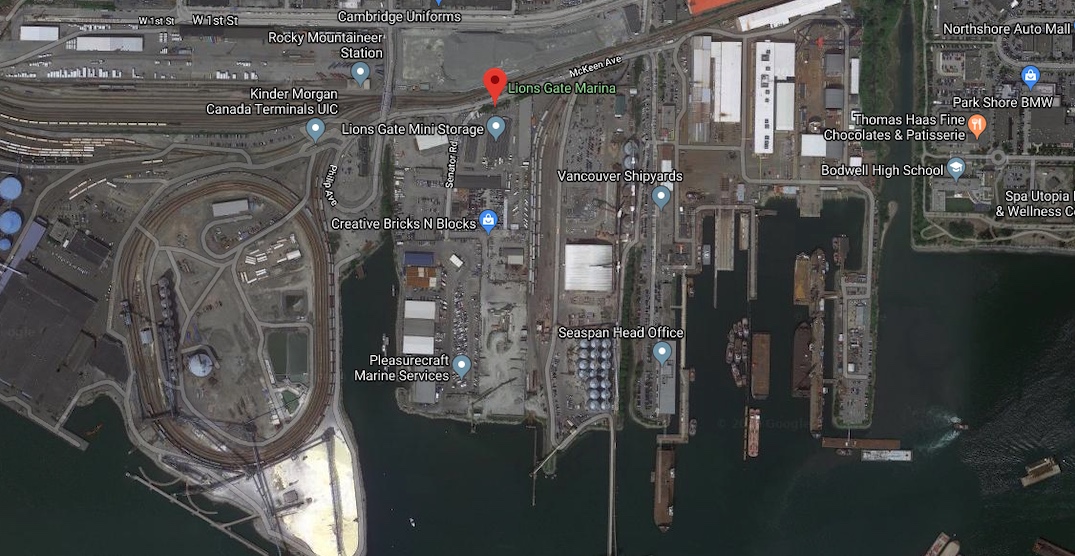 A local developer is seeking public support for North Vancouver District to reconsider its decision on Monday to reject the proposal of subdividing a 27.5-acre waterfront industrial property into smaller parcels of land.

Wesbild argues its proposal for 1371 McKeen Avenue would provide more flexible parcels of land to support a wider range of businesses, especially small to mid-size industrial companies. The resulting subdivided parcels would be between 0.6 acres to 10.8 acres in size, which would help address some of the industrial space shortage on the North Shore.

This reconfiguration of the property — located just south of the under-construction new Lions Gate Wastewater Treatment Plant, and west of Seaspan’s Vancouver Shipyards — would also include improvements to Lions Gate Marina and new measures that better protect shoreline habitats and reduce stormwater run-off.

In a statement, Kevin Layden, president and CEO of Wesbild, called the municipal government’s review of the proposal a “long and deeply flawed application process.”

“Our proposal is consistent with the site zoning and would have brought many benefits to the community. This decision makes the future of Lions Gate Marina uncertain,” said Layden, adding that the company will examine the decision further and consider legal options. It expects to announce its next steps over the coming days. 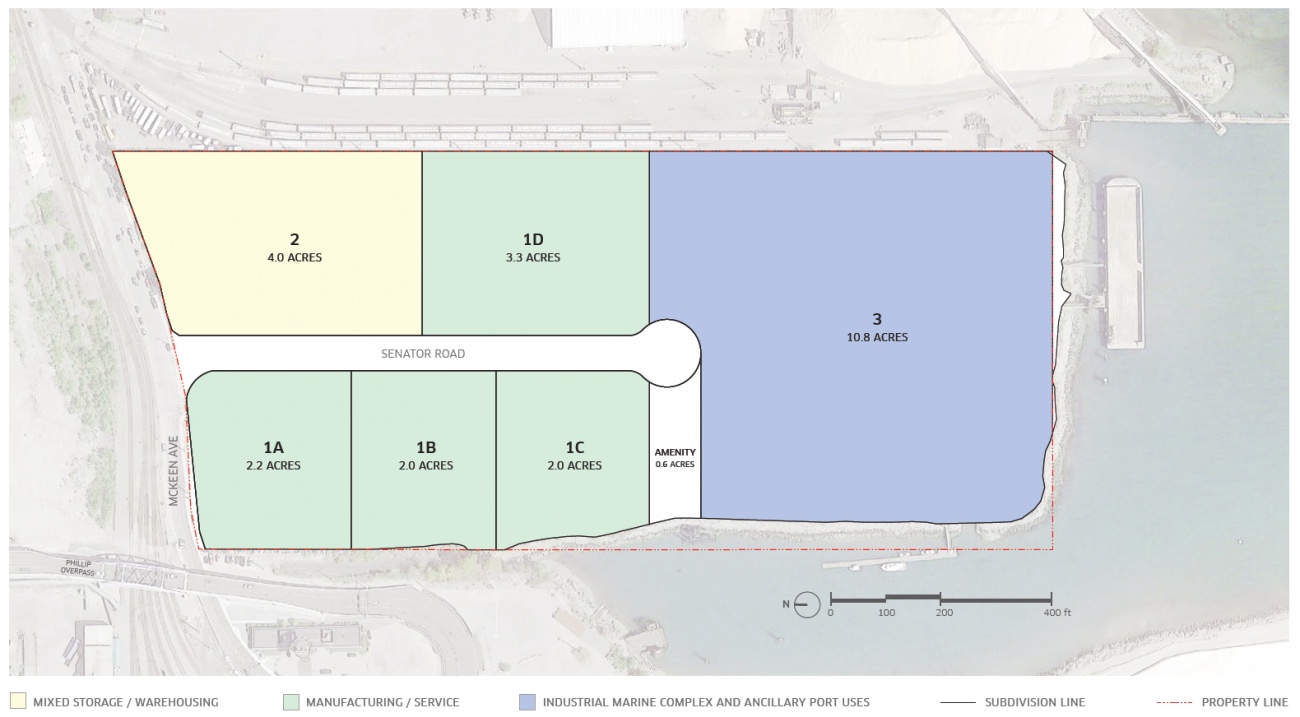 However, in a determination ruling released yesterday, the municipal government’s approving officer, Dan Milburn, reasoned that the subdivision into smaller parcels of land would be “out of character” with adjacent waterfront industrial properties.

Milburn wrote the proposal would eliminate the potential for the site to be used by large businesses that require large lots with marine access and potential for rail access. The potential significant office development component on the site would also be “inconsistent” with the district’s official community plan.

Additionally, he asserted such developments on the property could “compromise the industrial function of surrounding properties” and “increase risk of land use conflicts with neighbouring properties.”

Under the developer’s proposal, the property could potentially generate up to about 1,200 jobs, but Milburn stated the level of employment growth would not be served by sufficient transportation infrastructure, including the possible measures proposed by the developer such as a privately operated shuttle service and a new pedestrian overpass at the foot of Pemberton Avenue.