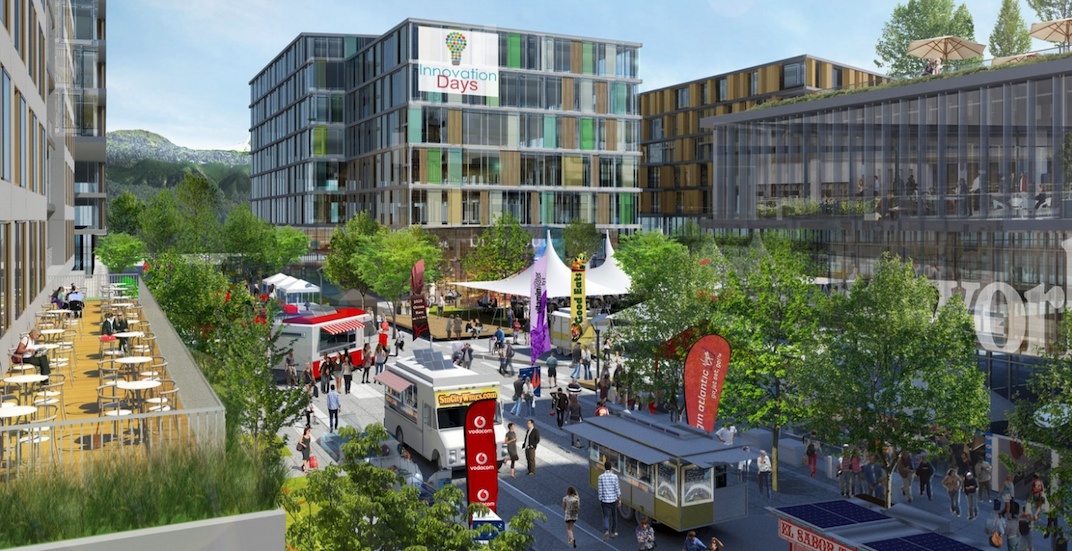 The Tsleil-Waututh First Nation has set its eyes on a 45-acre parcel of largely undeveloped land in North Vancouver District’s Maplewood area for an expansion of its reserve.

According to a release, the Tsleil-Waututh has recently submitted an application to the federal government for the expansion, asserting that the site just off Dollarton Highway is located at its ancestral villages.

They plan on redeveloping the site in accordance to the district’s official community plan, focusing on housing, transportation, economic growth, and employment.

“As a Nation, our journey leads to Tsleil-Waututh self-sufficiency and sovereignty. We strive to preserve the Tsleil-Waututh values in our land and business development activities and we make decisions that will sustain and strengthen our culture,” said Chief Leah George-Wilson in a statement.

“The feedback we receive from Tsleil-Waututh community members and the greater community will continue to be reflected in the community planning process to ensure the project best serves the community as a whole.” 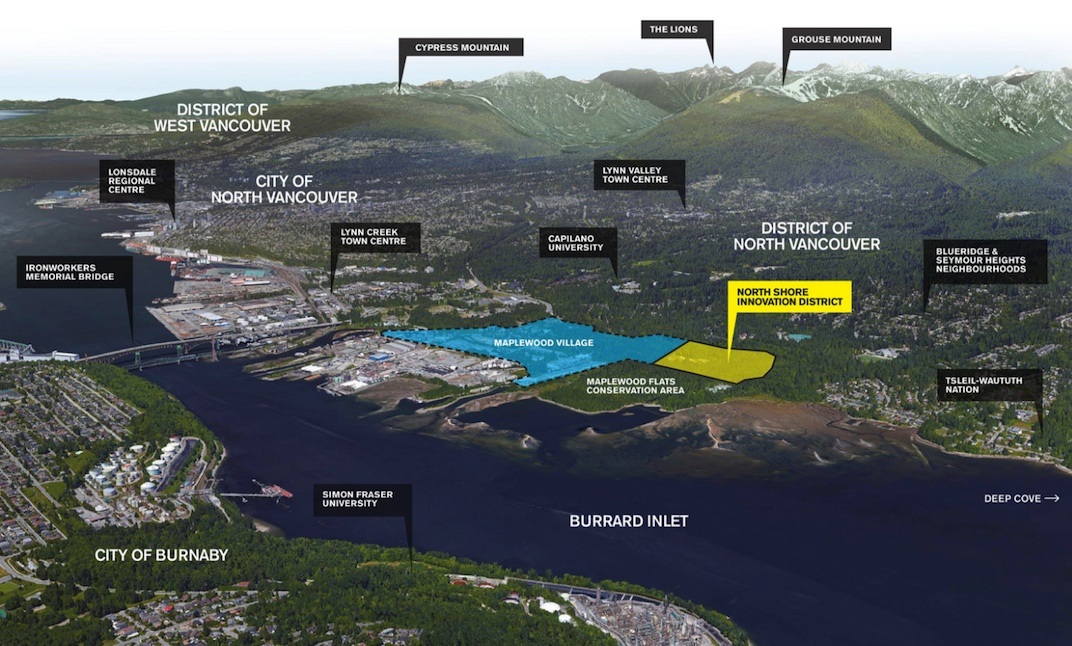 This move towards reserve status for the site comes after the First Nation’s stalled North Shore Innovation District redevelopment project in a partnership with local developer Darwin Construction.

A 6.5-acre parcel on the southwest corner of the property is currently occupied by a temporary 250-bed student residence for Capilano University within pre-existing structures that were originally built for an international boarding school.

This parcel was proposed to be a new 130,000-sq-ft recreational space as the new and relocated facility of the North Shore Winter Club, but the plans for this project are also uncertain after the district council rejected the developer’s plans to build residential towers on the club’s existing site at 1325 East Keith Road. This would have funded the cost of building the new replacement recreational facilities. 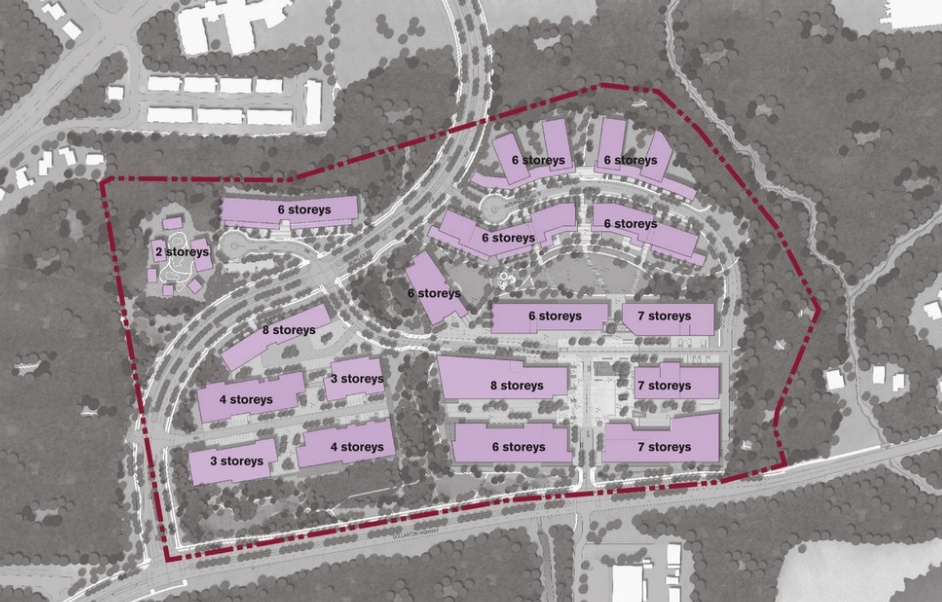 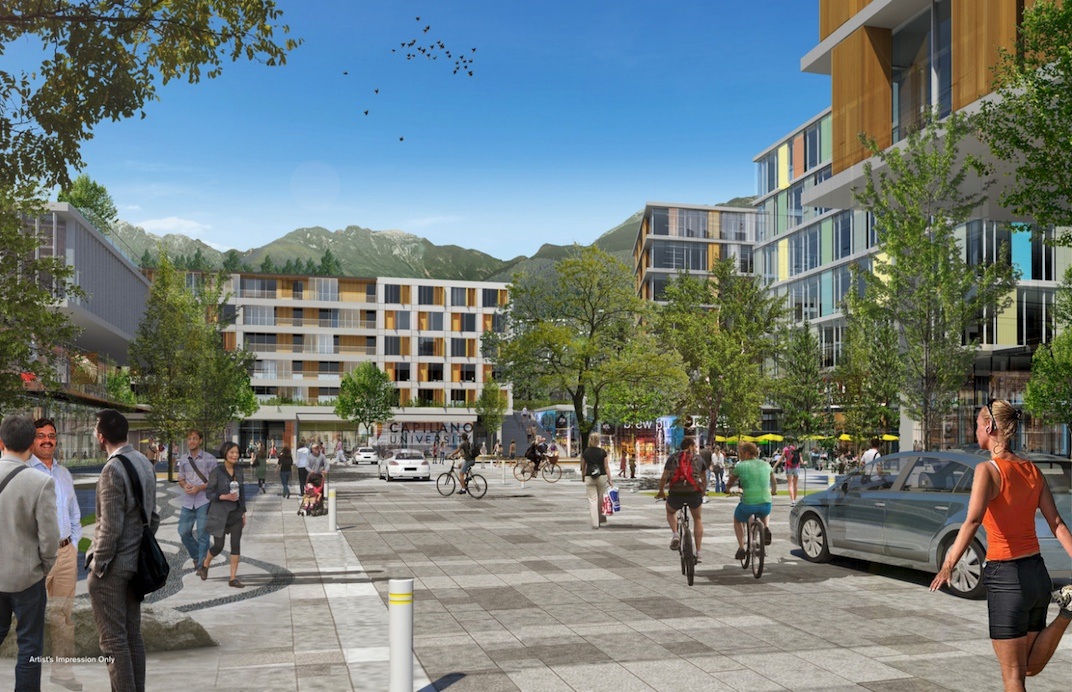 The following month, district council voted to defer a decision on the project until after the October 2018 civic election.

After initial public consultation, the proponents returned to district council in early 2019 with a significantly downsized redevelopment proposal of about 1.7 million sq. ft., but a decision on the project was again moved to 2020 — after a review of the community plan reaches completion.

If the federal government grants the status, the Tsleil-Waututh will be able to proceed with a redevelopment project without having to seek the district government’s approval.

Elsewhere in Metro Vancouver, the Tssawwassen First Nation has been actively developing its reserve in recent years, with major projects that include Tsawwassen Mills and Tsawwassen Commons shopping centres.

In April of this year, the Squamish First Nation announced its intention to build a significant mixed-use redevelopment on its 12-acre reserve near the south end of the Burrard Street Bridge, next to the former Molson brewery. The plans call for 3,000 homes, with most slated as rentals.