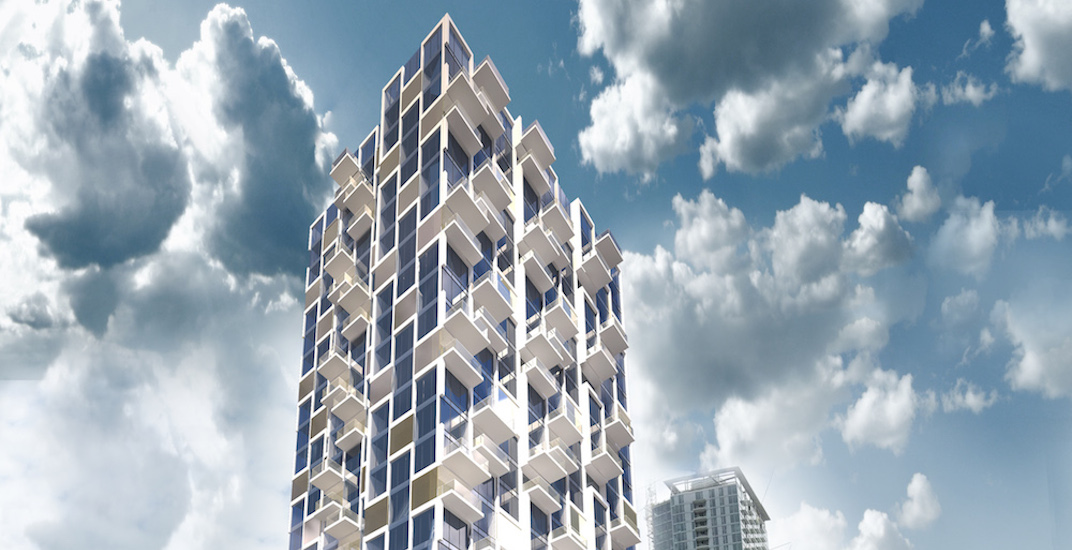 New residential tower at the corner of 103 Avenue and 133A Street. (IBI Group / Mason Link Development)

An architecturally unique residential tower could be built in the heart of Surrey’s emerging downtown area.

A proposal by Mason Link Development envisions a 26-storey tower with 252 homes for a site at the southeast corner of 133A and 103 Avenue. 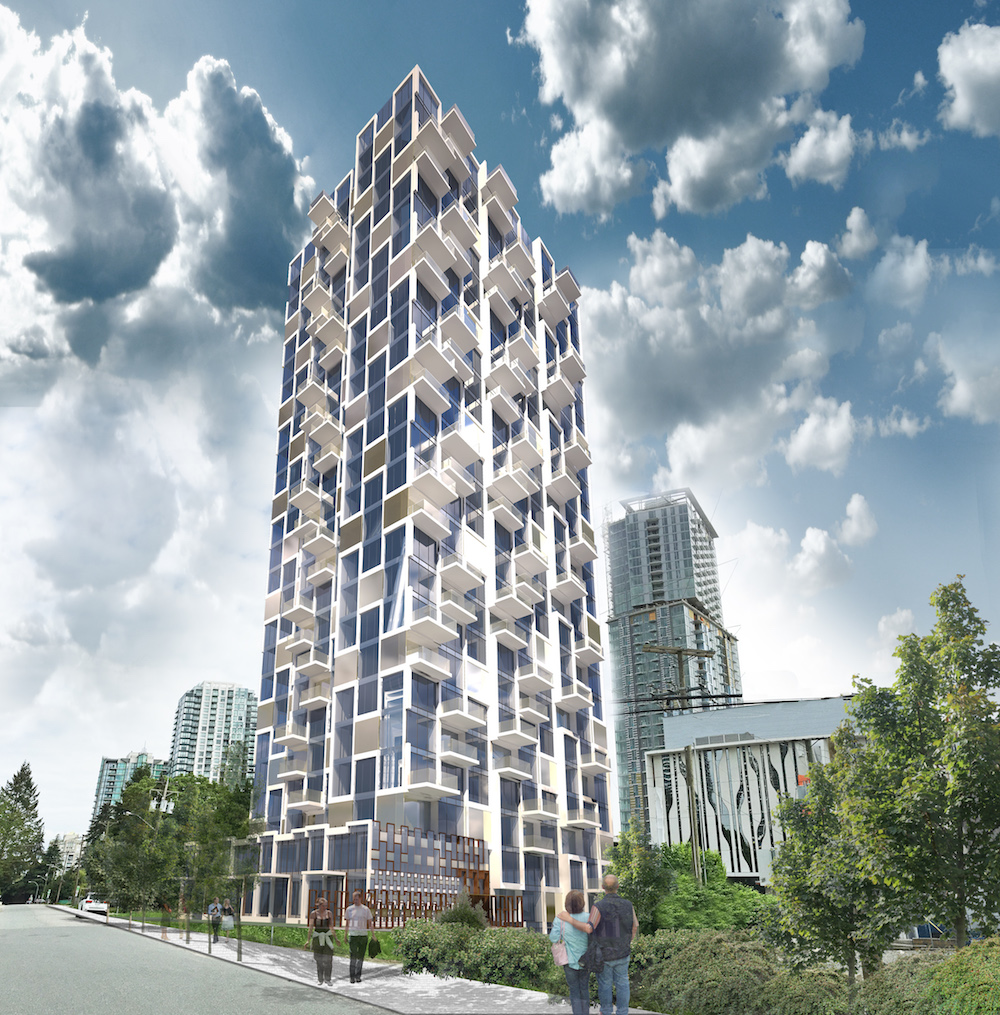 New residential tower at the corner of 103 Avenue and 133A Street. (IBI Group / Mason Link Development)

The first publicly-released artistic rendering by IBI Group shows a tower design that features a stacked cube look, with a pattern of balconies that protrude out of the structure.

The property is just one block away from Central City and adjacent to future expansions of SFU’s satellite Surrey campus, including the new Surrey Sustainable Energy and Engineering Building, which is expected to reach completion later this fall. 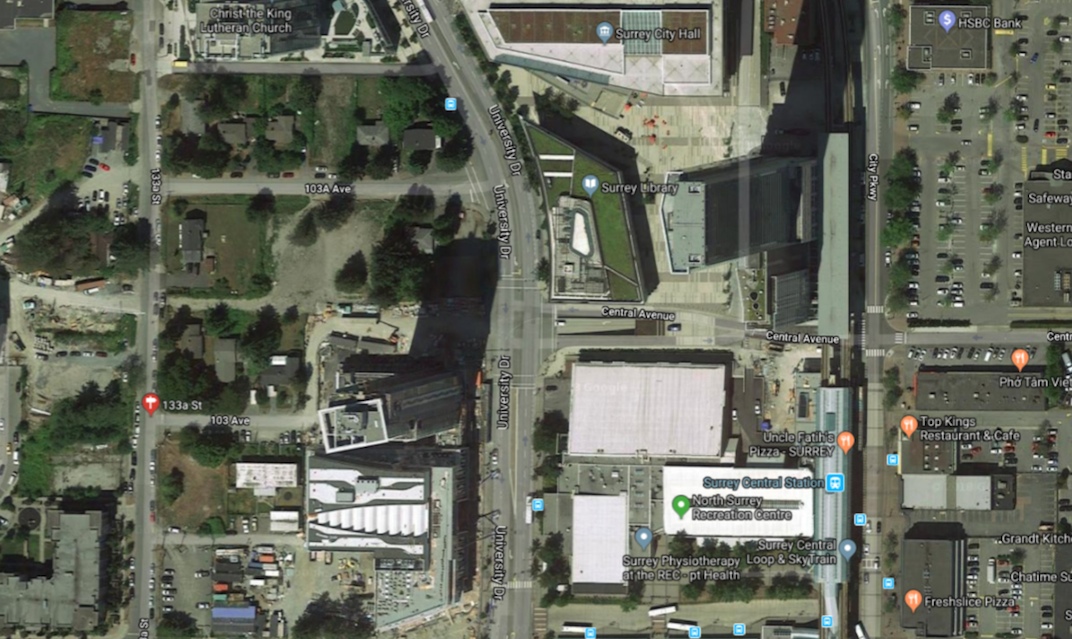 New residential tower at the corner of 103 Avenue and 133A Street. (Google Maps)

There will also be a bus layover facility next to the site, which will be built when the existing bus loop next to SkyTrain’s Surrey Central Station closes for redevelopment into new buildings for SFU and plaza spaces.

Few details are available at this time as the project has not reached the formal application phase.