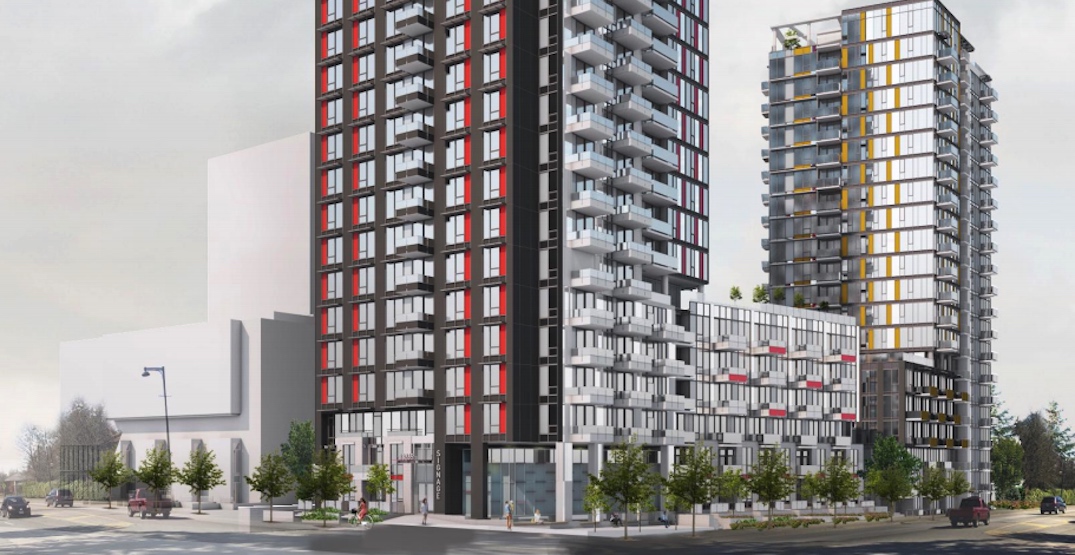 A mixed-use redevelopment with a significant rental housing component is planned for a site about a 10-minute walking distance from SkyTrain’s Surrey Central Station.

Western Canadian Properties Group intends to turn the site at 13265 104 Avenue — the northeast corner of the intersection of 104 Avenue and 133 Street — into two towers.

Currently, the site is occupied by a 1971-built, three-storey building with 57 rental homes. 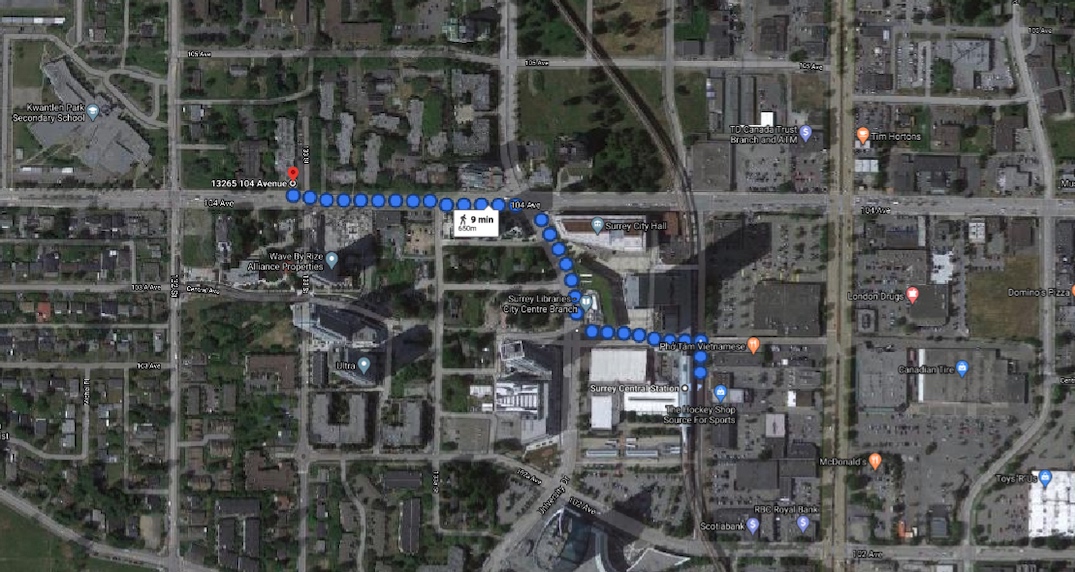 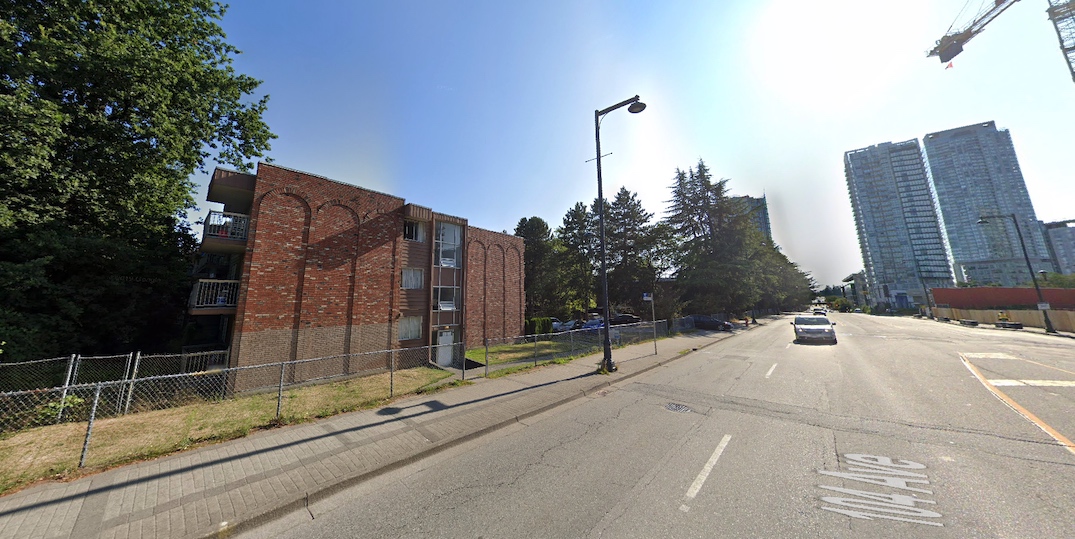 The plan, designed by Bingham Hill Architects, involves building a 26-storey tower with 249 condominiums on the south parcel.

There will also be a 21-storey tower with 175 rental homes on the north parcel, including replacement units for the existing development. These rental homes will be secured for a minimum period of 20 years, and offered in conjunction with BC Housing’s Housing Hub Affordable Rental Supply Program.

While all of the rental units will comply with Canada Mortgage and Housing Corporation’s (CMHC) definition of affordable housing (a household spending less than 30% of its income on shelter), the majority of the units will not comply with the City of Surrey’s definition of 10% lower than the CMHC rate.

But city staff note in their report that the proponents are seeking exceptions as the financial feasibility of the development could be jeopardized if rental rates were further lowered. 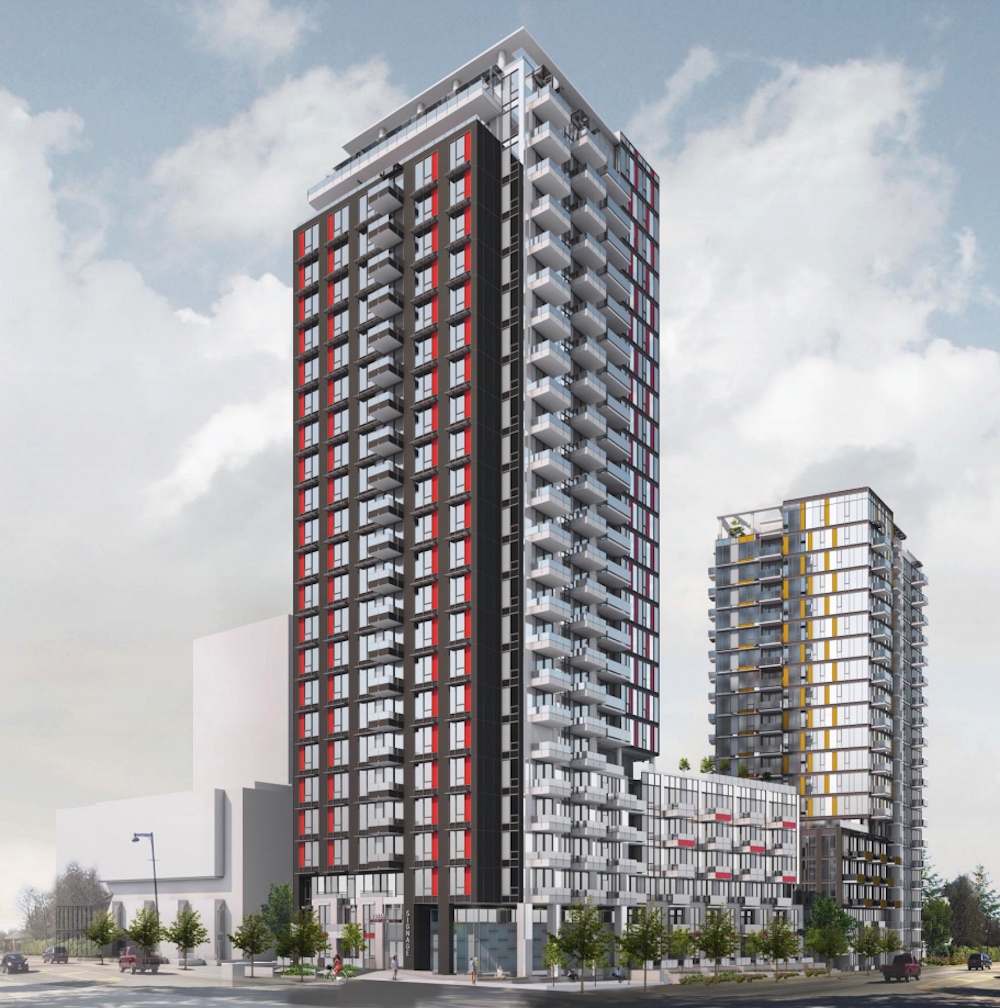 “Although the proposed density on the subject site is higher than that prescribed in the City Centre Plan, the proposed residential buildings will be a beneficial addition to the West Village area of City Centre, while supporting and complementing the Central Downtown District,” reads the report, noting that “rental units are in demand in the city centre.”

“The proposed development will provide an appropriate transition from the high density core to the east and the future medium-density residential developments to the west.” 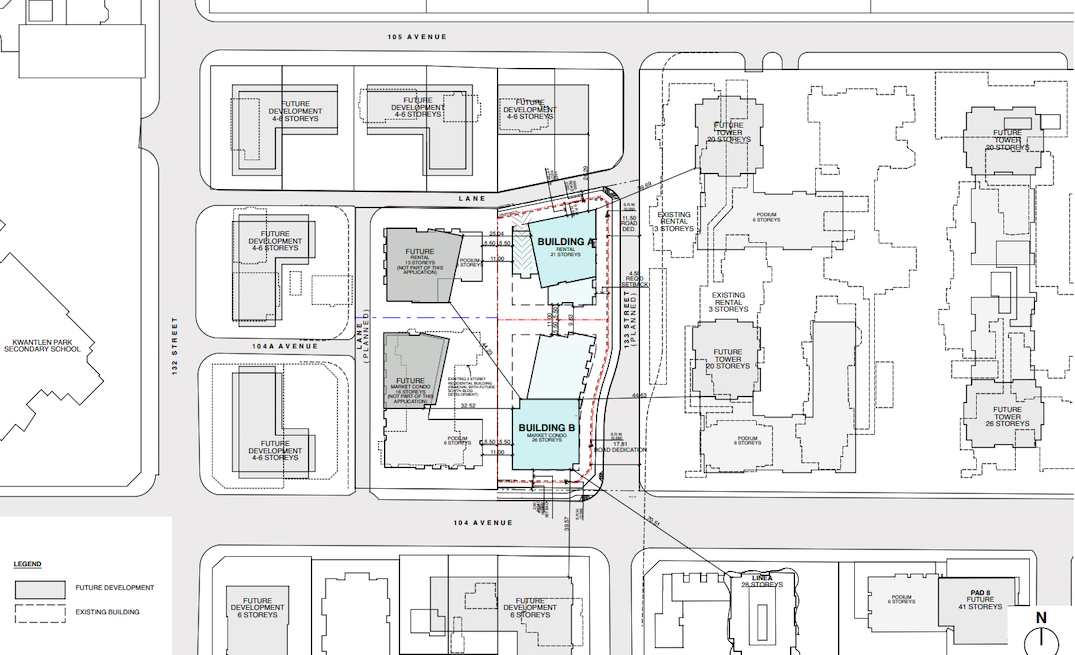 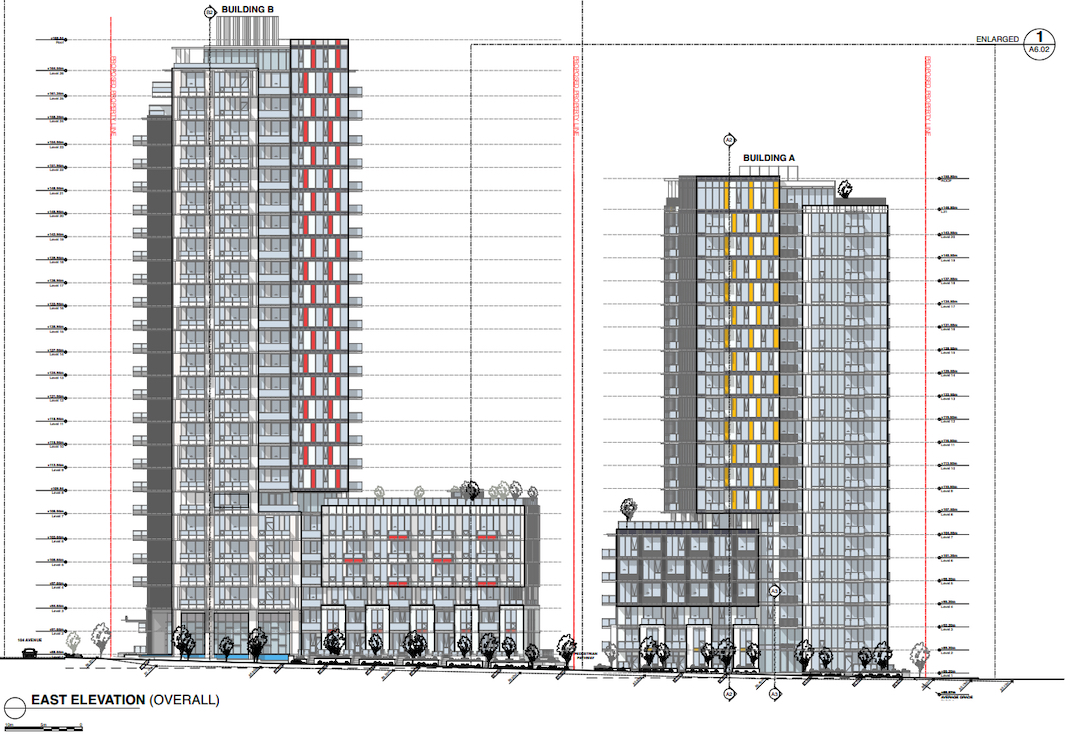 Residents in both towers will have access to several amenities, including unique indoor and outdoor amenity spaces on the tower rooftop levels.

The proponent acquired the property for $13.65 million in September 2017.