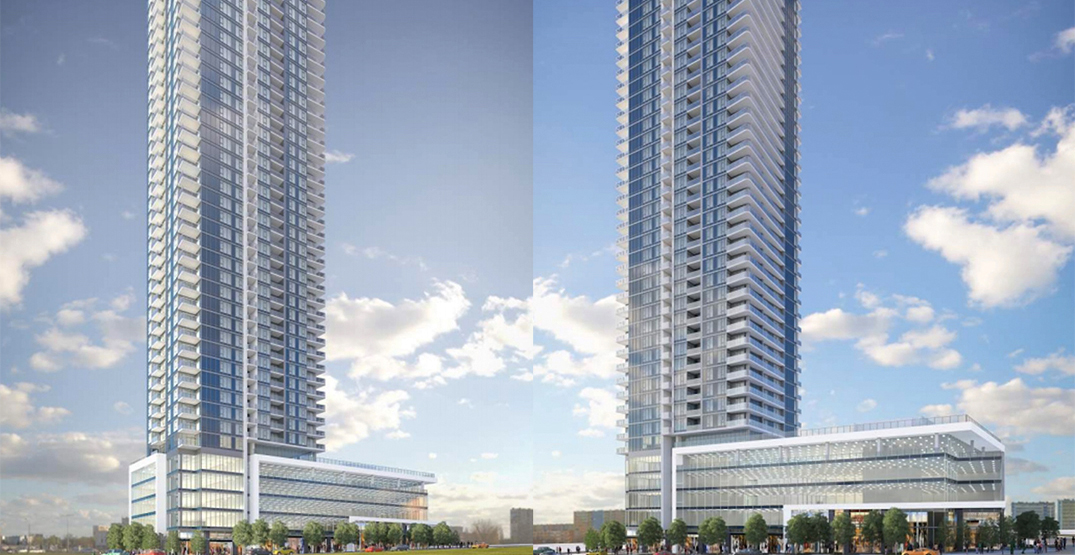 The cluster of high-density development around SkyTrain’s Gateway Station in Surrey City Centre continues to grow.

Local developer Guildford Brook Estates and architectural firm IBI Group have submitted a rezoning and development permit application to the City of Surrey for 10731 King George Boulevard — the northwest corner of the intersection of King George Boulevard and the future 107A Avenue extension. It is about a four-minute walk from the SkyTrain station.

The site is currently occupied by a vacant parcel, and aging one- and two-storey commercial buildings. 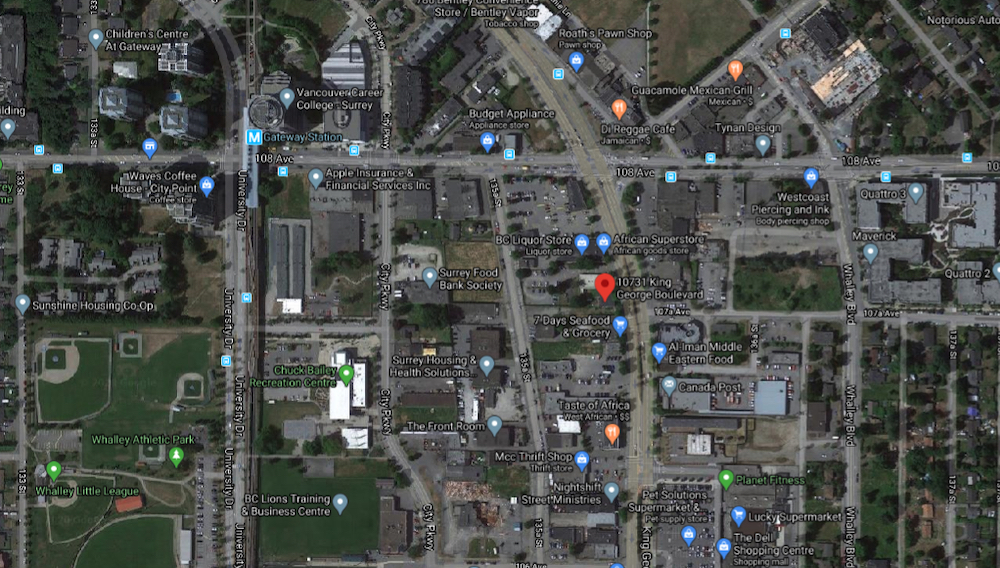 The application seeks to redevelop this site into a 469-ft-tall, 46-storey, mixed-use tower with a five-storey podium. 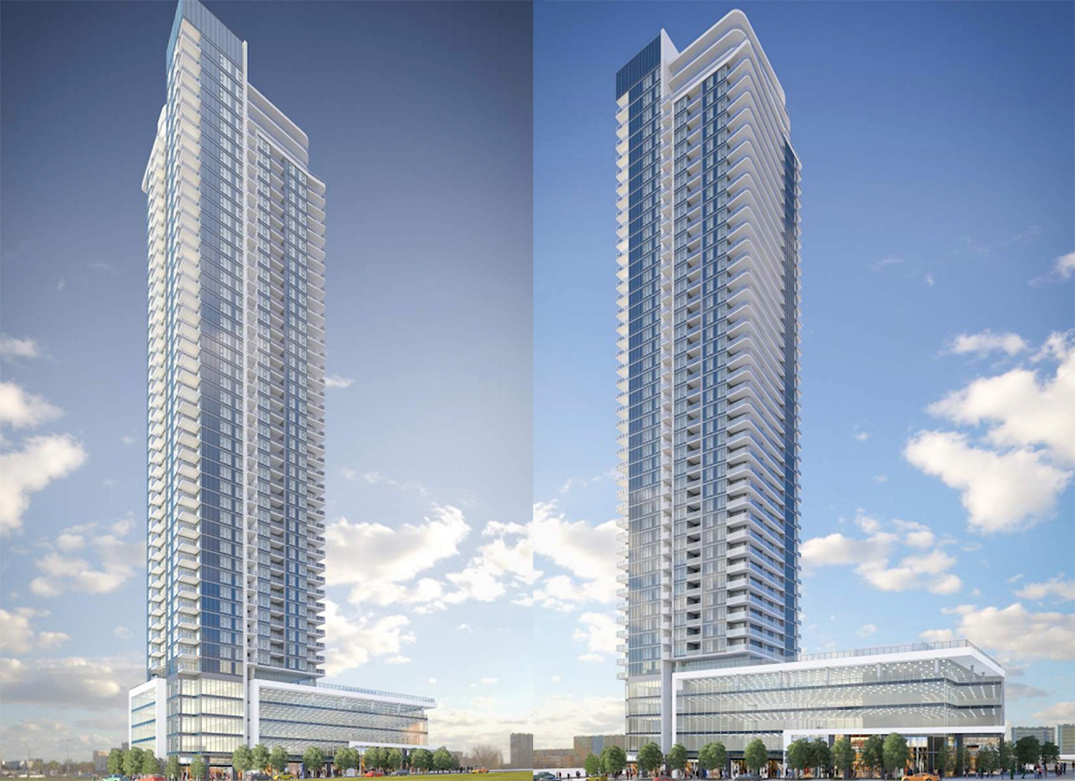 On the sixth level, residents will have access to 1,942 sq. ft. of indoor amenity space, consisting of a fitness gym, yoga room, amenity party room, lounge, games room, study rooms, and a golf simulator. Adjacent to this common indoor area is the 4,245-sq-ft outdoor amenity space on the rooftop of the podium, featuring an open lawn, outdoor seating, children’s play area, and gardening areas. 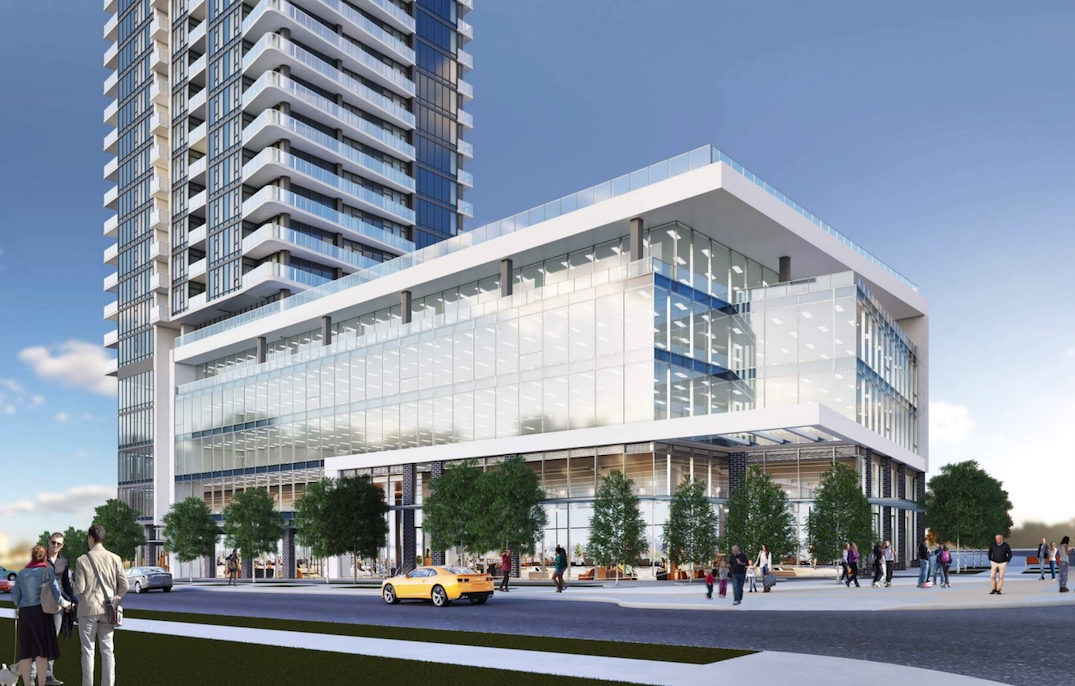 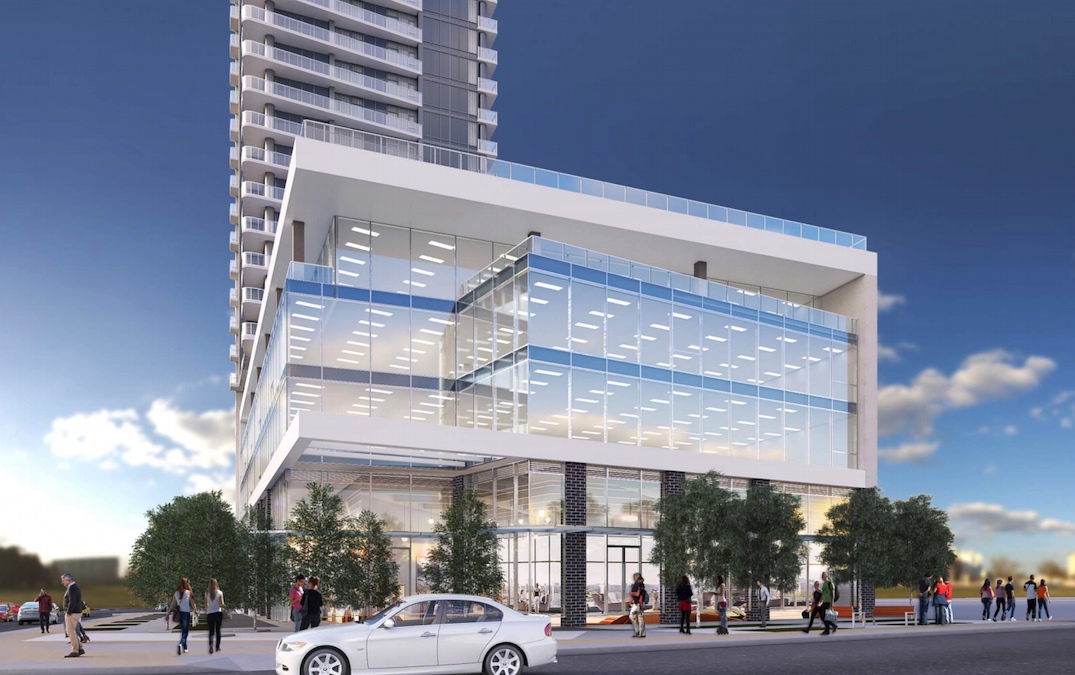 “The proposed office and commercial uses are in demand and are appropriate for a mixed-use development in the City Centre, providing opportunities for employment, entertainment and service uses,” reads a city staff report.

“As this site is within the Historic District, the commercial podium is designed to permit smaller storefronts with generous windows, between brick-clad pilasters. Along with the office lobby, the high-quality retail frontage will provide active uses along the street, creating interest for pedestrians. The architecture of the proposed development respects the mid-century modern built form of the Historic District with a simple, clean, modern design.”

This area is referred to as the Historic District of Surrey’s emerging downtown, given its significance as the location of Whalley’s Corner gas station nearly a century ago, which was a catalyst for urban development. 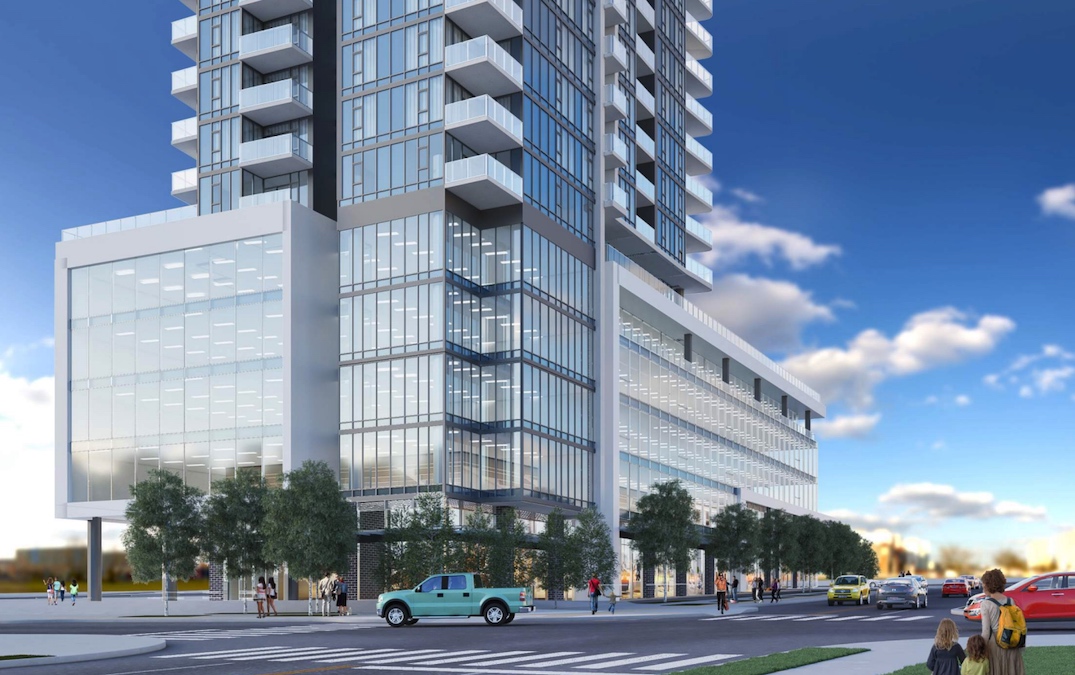 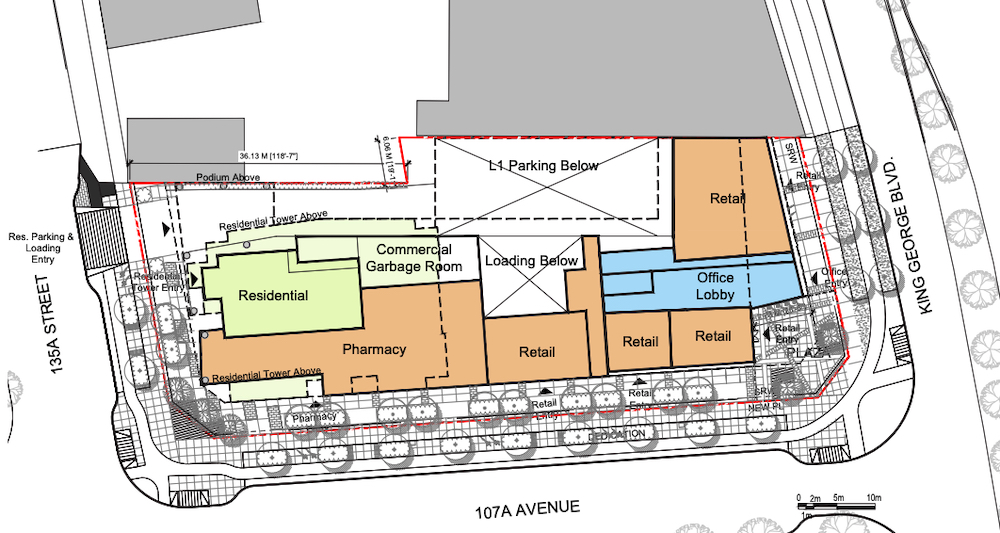 “Vertical elements are introduced to the residential tower as a counterpoint to the horizontal expression of the individual floors and frame the tower, with flared balconies to create additional visual interest. The top floors of the tower are set back to reduce the massing and develop an interesting tower top,” continues the report. 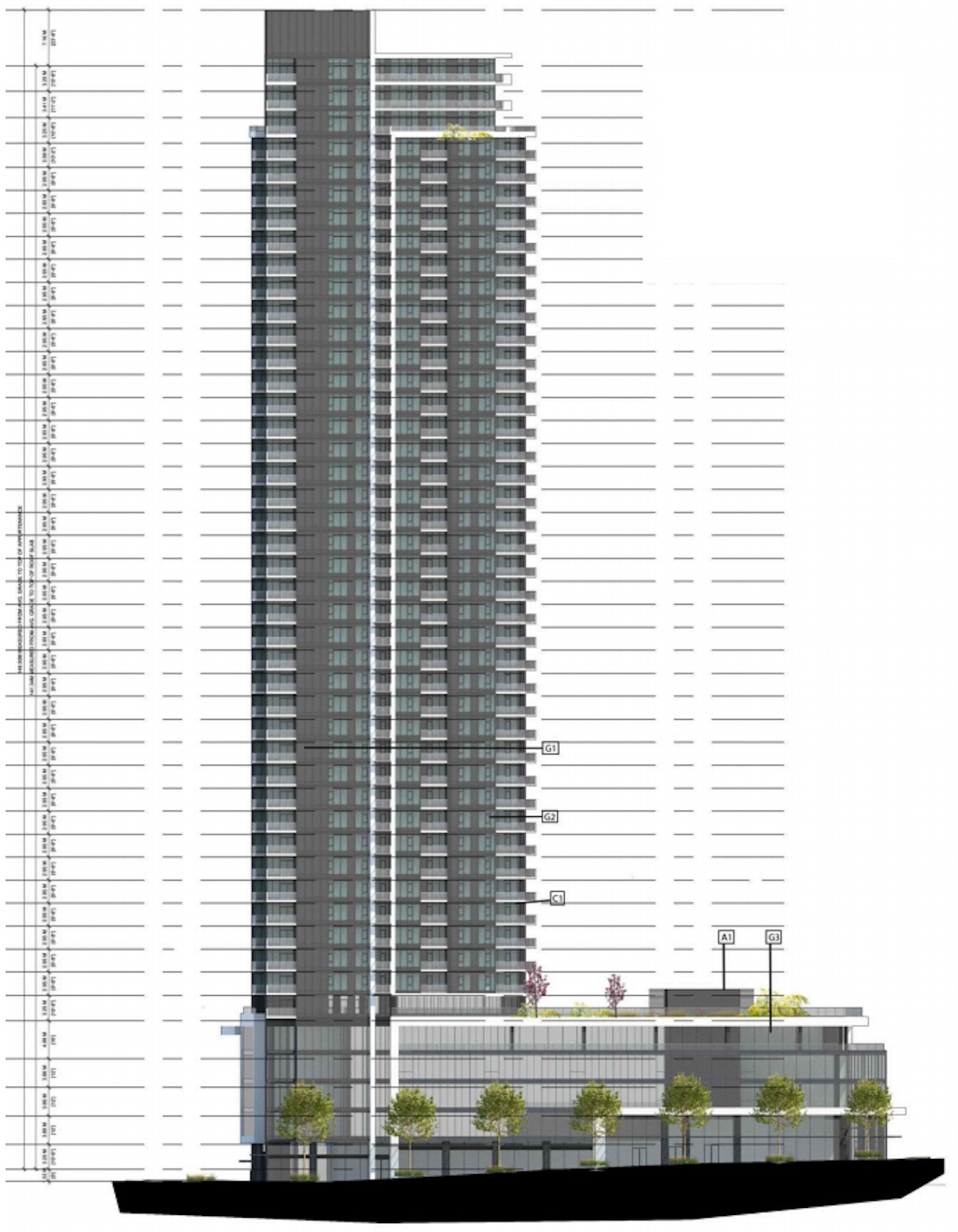 The proponents are aiming to have the redevelopment completed and ready for occupancy by Summer 2025.

Just across the street at 10768 King George Boulevard, the former Flamingo Hotel is slated to become a major redevelopment with three towers containing 1,119 homes and commercial spaces.