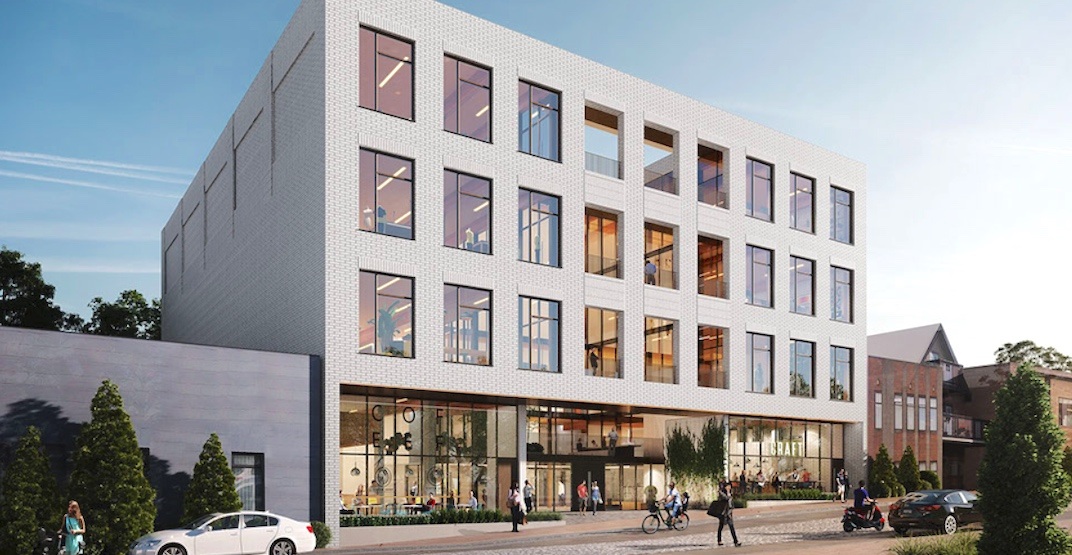 A pair of light industrial buildings have been proposed for the easternmost end of Vancouver’s Downtown Eastside area, on Frances Street near the intersection of Clark Drive. 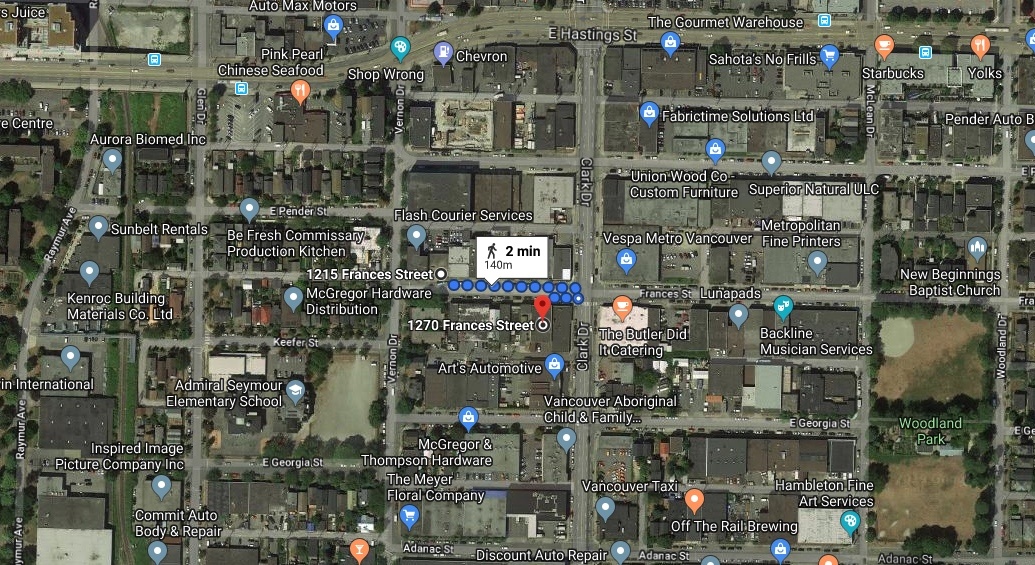 At the narrow 53-ft-wide lot of 1215 Frances Street, a development application has been submitted by Billard Architecture to redevelop the site into a new four-storey industrial building with a total floor area of 19,100 sq. ft., with manufacturing space on the first three levels and industrial office space on the top level.

This is built over two underground levels with 19 vehicle parking stalls. 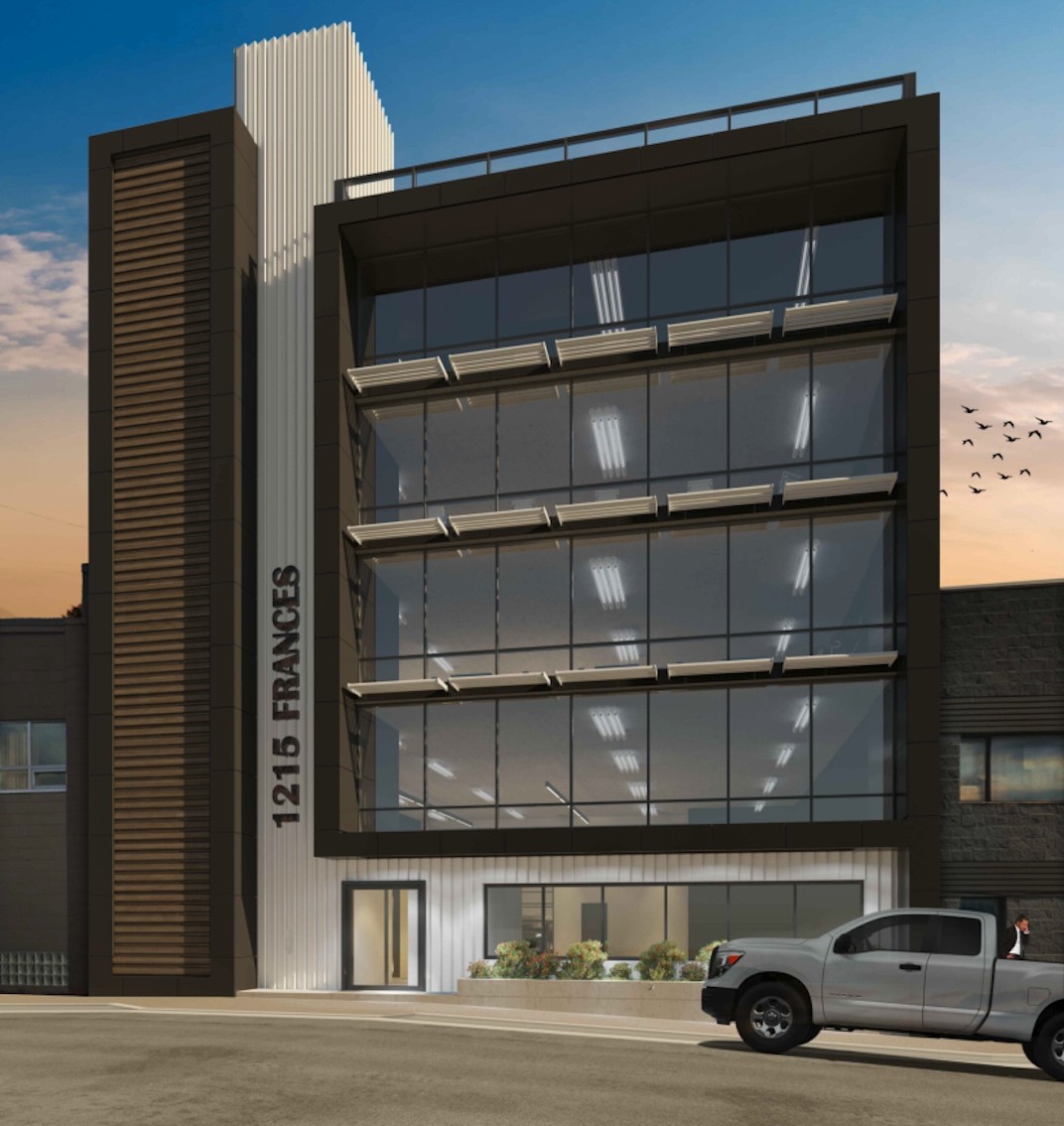 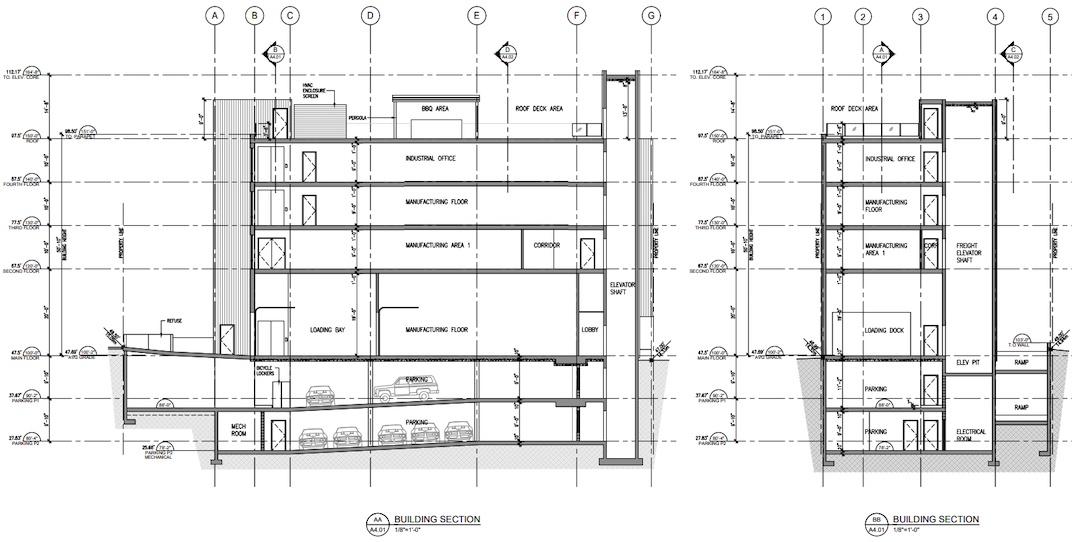 Just across the street on the same block, an application by Kirsten Reite Architecture calls for the redevelopment of the site of 1270 Frances Street into a new four-storey, mixed-use building with a restaurant and brewery on the ground level, information communication technology manufacturing on the second and third levels, and general office on the fourth level.

There would be nearly 40,000 sq. ft. of floor area, on top of two underground levels for 59 vehicle parking stalls.