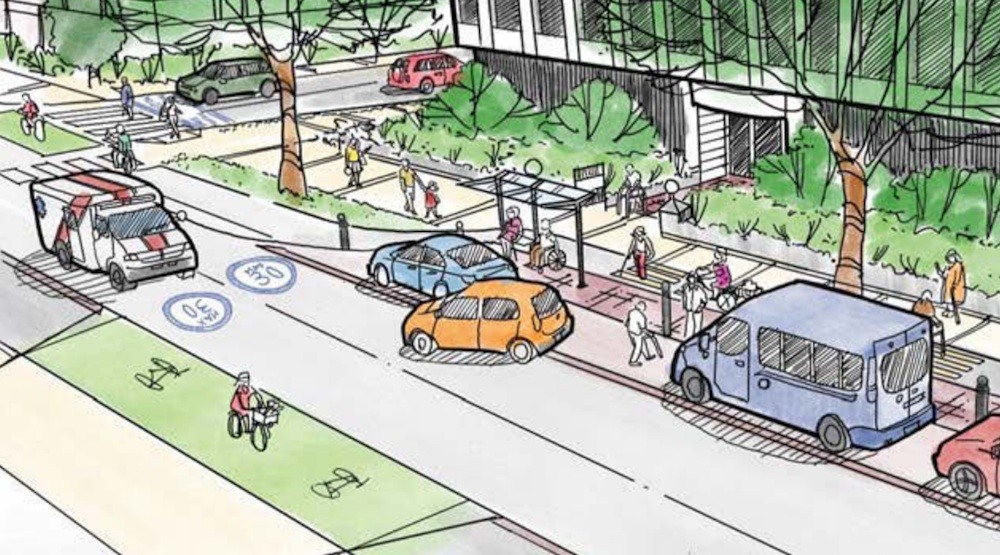 Conceptual artist illustration of the pick-up and drop-off location on West 10th Avenue, redesigned with bike lanes, in front of the Arthritis Centre. (City of Vancouver)

The route involves building separated bike lanes on both sides of the street, cutting through the Vancouver General Hospital Health Precinct, including the main entrance and driveway into the emergency room.

The $3-million plan will result in the conversion of the one-block stretch between Cambie and Ash streets into a one-way vehicle route and removal of approximately 80 metered parking spaces. Another 18 spaces will be eliminated at adjacent side streets.

However, spaces for passenger loading zones and accessible parking spaces will increase from eight to 22, and a new parking lot at the corner of Ash Street and 10th Avenue will provide 116 additional spaces.

According to a staff report, this stretch of 10th Avenue is used by about 4,500 vehicles and 3,000 bikes per day. The busiest route in the area is Ash Street, which sees 8,000 vehicles per day.

Construction will begin this fall for a completion next year.

Vancouver Coastal Health and other health agencies in the area initially voiced their opposition to the municipal government’s plan last year, but they now endorse it after both sides made compromises, such as improvements to the design for pedestrians and emergency vehicles.

But it does not address concerns over instances of a major city-wide emergency incident, such as when emergency vehicles converge around hospitals as they did at St. Paul’s Hospital during the 2011 Stanley Cup Riot. Dozens of ambulances were parked outside of the hospital along Comox Street, which has since been reduced to a one-way street with a separated bike lane.

Similarly, a stretch of Helmcken Street beginning at Burrard Street – right in front of St. Paul’s Hospital – is now a one-lane, one-way road after the construction of the Comox-Helmcken bike lane. 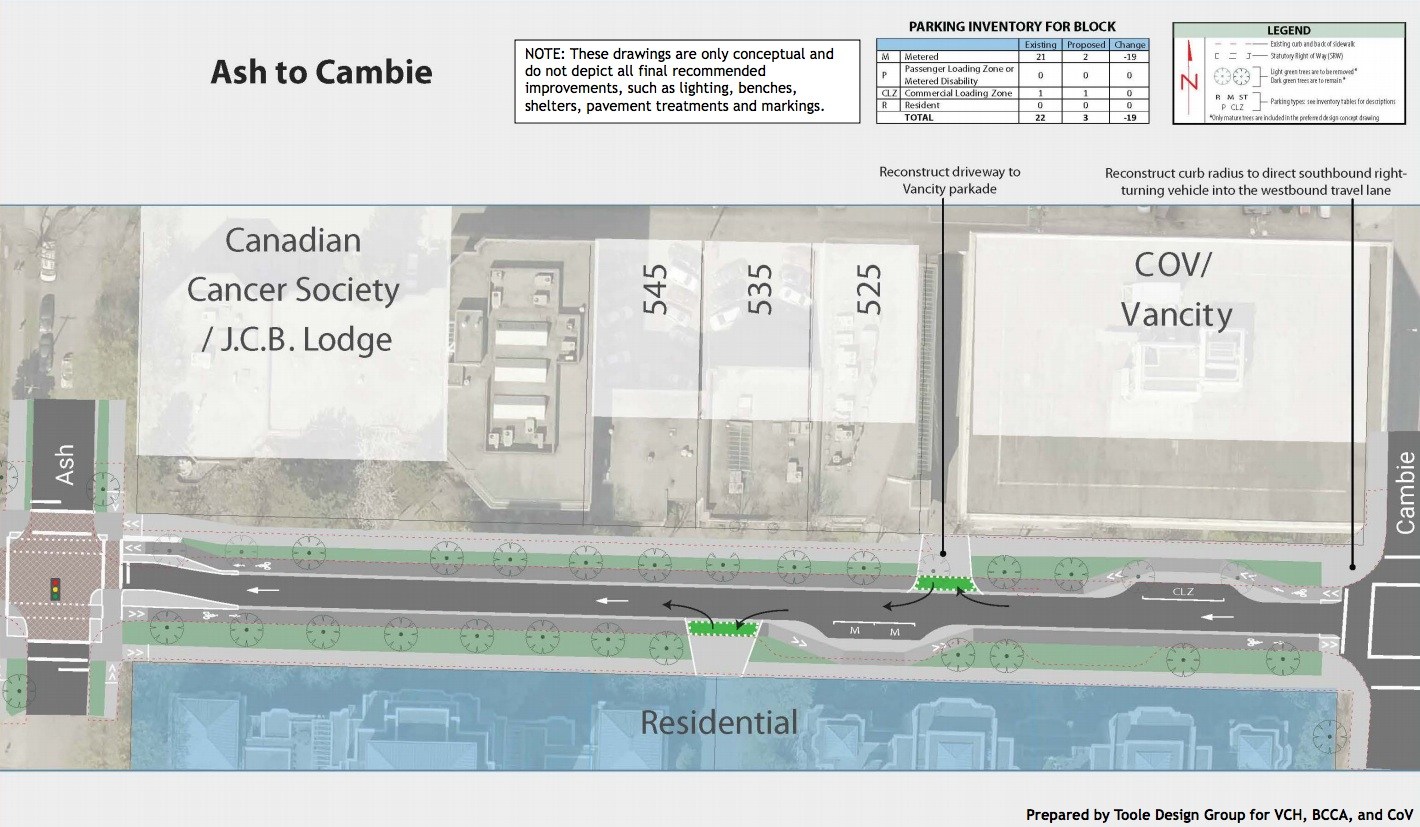 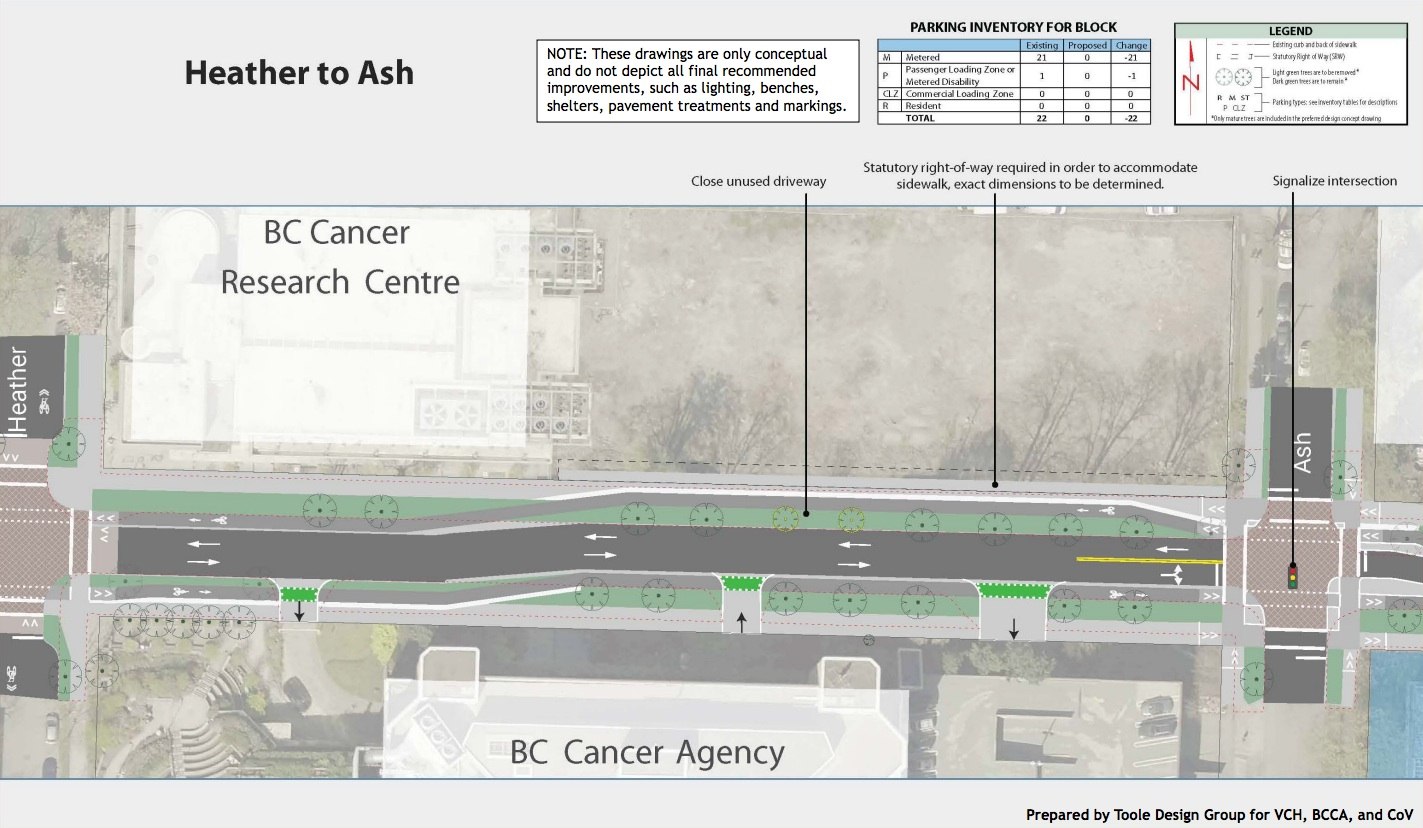 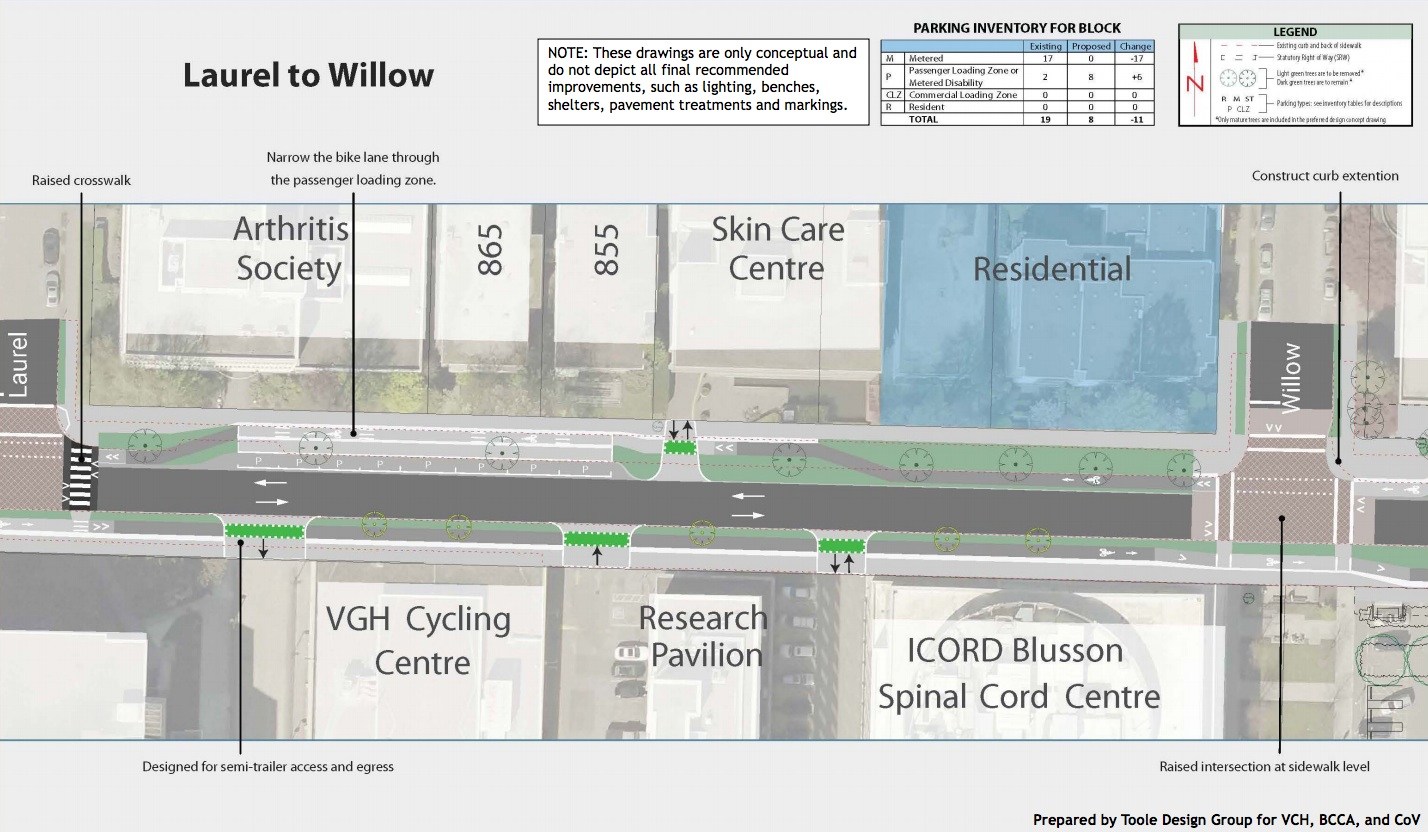 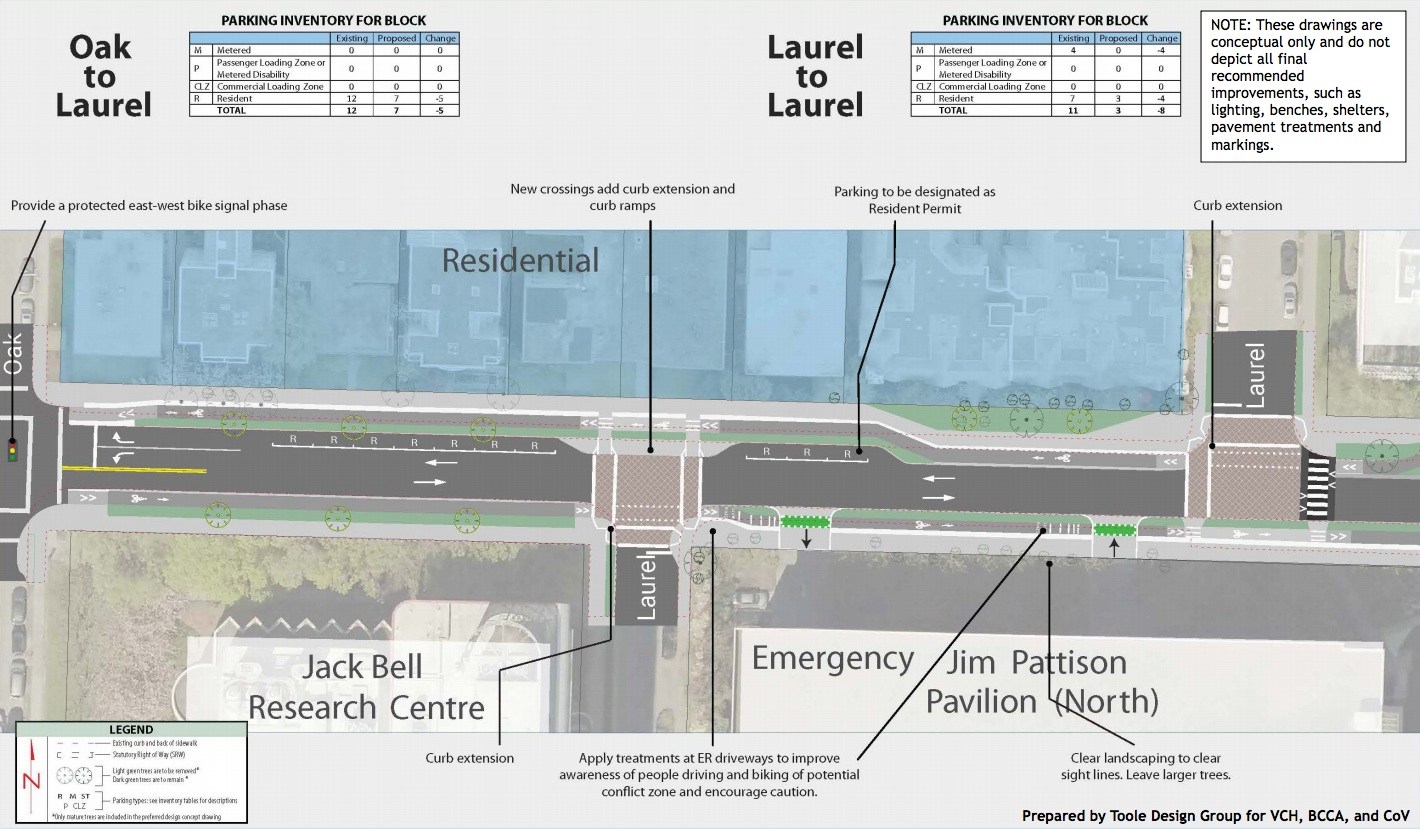