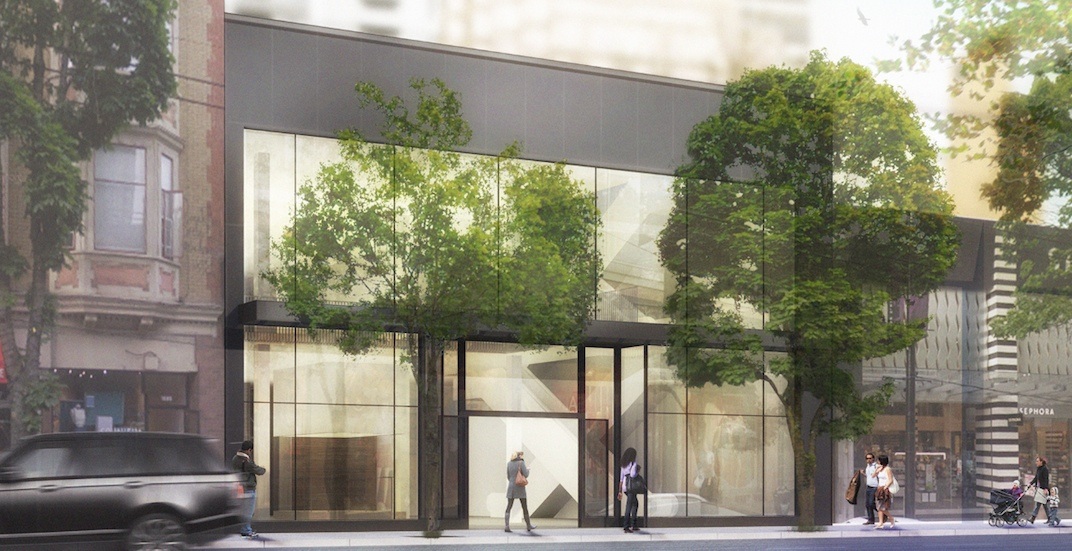 More renewal could be coming to downtown Vancouver’s Robson Street retail village, as a new retail building is proposed mid-block on the north side of the 1000 block of Robson Street. 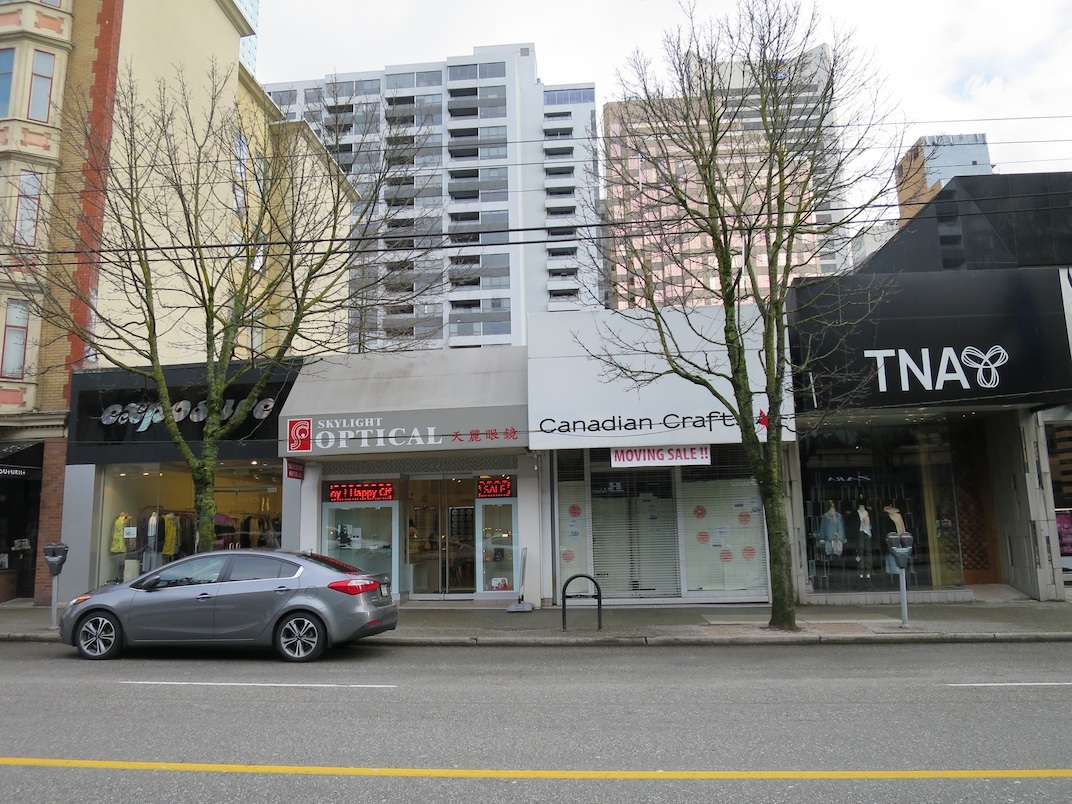 A representative with CBRE was unable to comment on the property earlier in the month, but the commercial real estate broker’s online listing shows two possible development options. 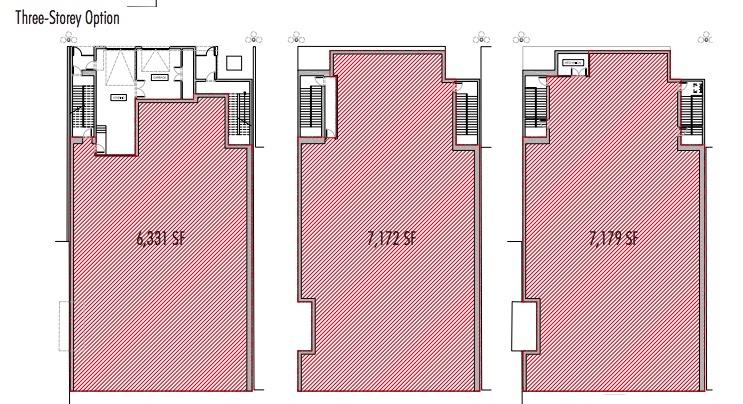 Such a space could be suitable for Apple or UNIQLO; Apple has been on the hunt for an appropriate flagship location in downtown for nearly 15 years while UNIQLO is still looking for a high-profile space for its downtown flagship. UNIQLO is said to have been interested in an unspecified space on the 1000 block, but the deal fell apart.

The landlord for the property has yet to submit a development application to the municipal government, but it is anticipated the new building could be ready as early as August 2019.

Ahead of the expected demolition, Canadian Crafts relocated to another space down the block between Kiehl’s and Aldo. And according to the Robson Business Improvement Association, Skylight Optical is likely moving to another space on the same block this spring.

Over the past winter, the two-block stretch of Robson Street between Burrard Street and Bute Street has gained Miniso, a flagship Reigning Champ, and the largest MUJI flagship store outside of Asia.

However, the most significant known upcoming change planned for Robson Street will be the conversion of the now-closed, 29,000-sq-ft Forever 21 space into a flagship Indigo bookstore.

Indigo has been looking for a large flagship space in downtown Vancouver ever since it closed its Chapters Robson Square store, which was replaced with a temporary store nearby on Granville Street. The new store will open fall 2018.