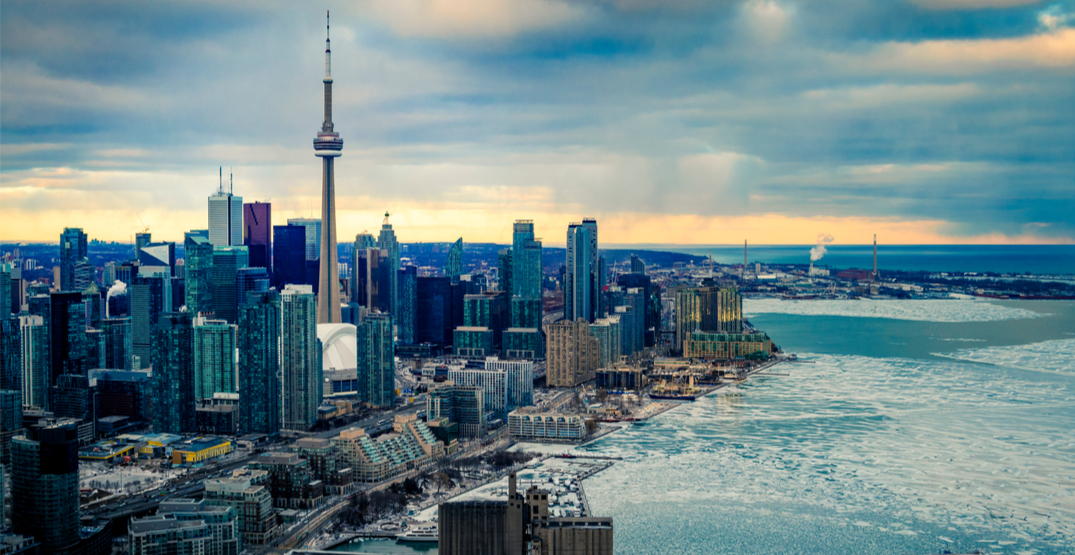 First time homebuying can be a daunting task, especially in Toronto’s competitive market.

A report earlier this month showed that the local real estate market emerged from a 2018 slump and managed to earn more last year than the people who would hope to buy them.

To help Canadians buy their first homes, the federal government introduced the Home Buyers’ Plan (HBP), a tax-free way to access savings otherwise set aside for retirement in a Registered Retirement Savings Plan (RRSP), which can be a great way to source funds for a home down payment, to go toward either resale MLS listings in Canada or a brand-new build.

So how does the plan work?

“Eligible buyers can pull up to a maximum of $35,000 from their RRSP savings for their home purchase, though if two individuals are buying together and both qualify as first-time homebuyers, they can each access the maximum to a total of $70,000,” said Zoocasa in its latest report.

“To be eligible as a first-time homebuyer, the Government of Canada requires that you have not owned a home, or occupied one that your spouse has owned, in the four consecutive years before this home purchase is made.”

The report outlined that Statistics Canada showed while 35% of all Canadians contribute to RRSPs, those are mostly used by households with higher income earners bringing in $80,000 to $99,999 (50.8%), and between the ages of 35 and 54.

Meanwhile, only 20.1% of lower-earning Canadians use RRSPs, as they prefer Tax-Free Savings Accounts (TFSA) instead.

And how long does it take to save the funds for the HBP?

To get the estimated time, Zoocasa looked at individual income thresholds in 14 regions across Canada based on 2017 tax filings from Stats Canada “assuming the income was earned income, eligible to create RRSP contribution room, and that individuals contributed the maximum to their RRSP annually (18% of earned income, to a maximum of $26,500). The study also compared how long it would take for those in the top 50%, 25%, and 10% income groups to save $35,000.”

Of course, Toronto is on the high end of the deal when it comes to the top 50% of tax filers.

In fact, among all regions in the study, Toronto was the only city to need six years to save for the top 50% income group with the benchmark house price at $819,700.

Regions just outside of Toronto aren’t any better, and average five years for the majority of the population. 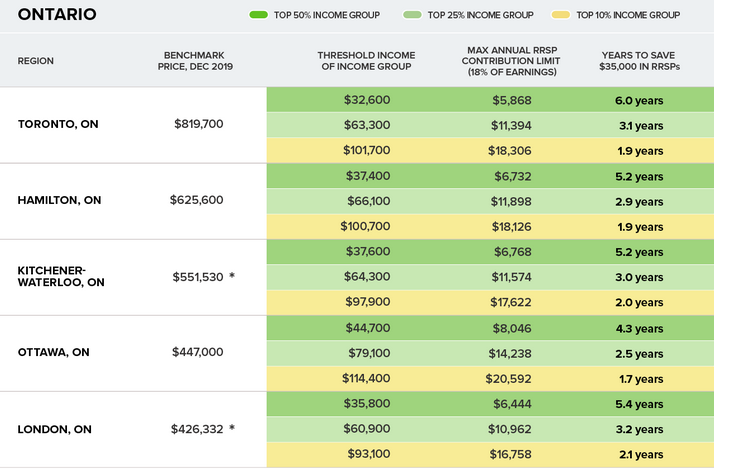 But for Prince Harry and Meghan Markle, who are rumoured to be looking for a home there, if they are earning $99,500, they will just need two years to save for their plan.

So they should start saving… just like the rest of us.