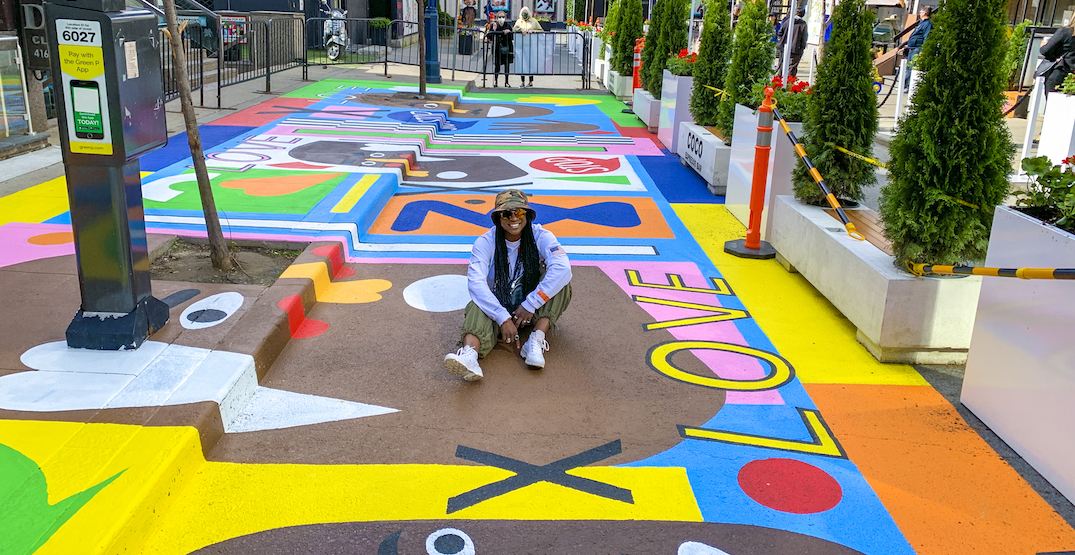 A new Toronto mural is turning a street in Yorkville into a colourful message against racial violence. 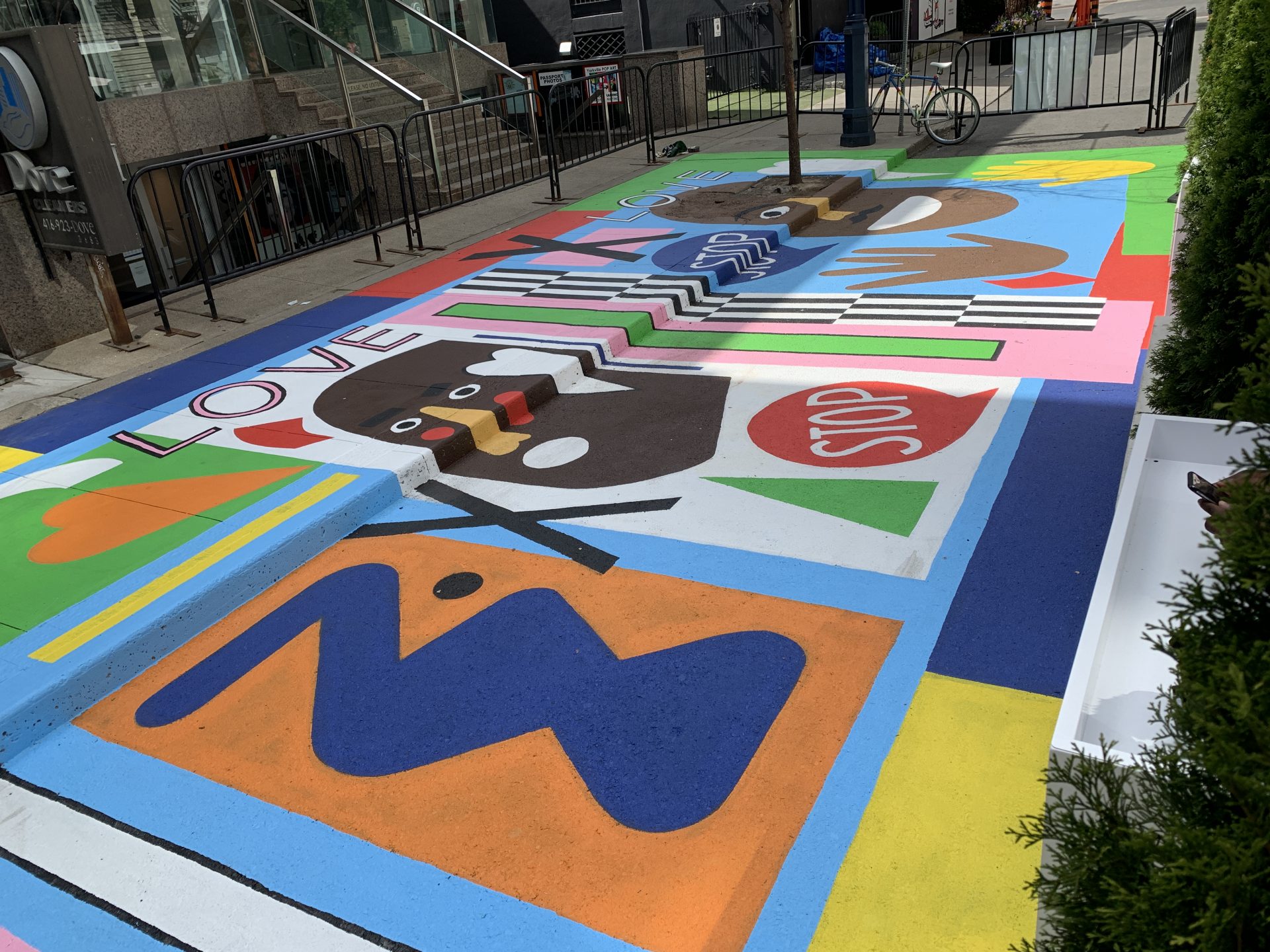 The long, bright Toronto mural features colourful faces, hands, hearts, and other shapes, along with the words “Stop,” “Don’t kill,” and “Love” to underscore the message of anti-racial violence.

This is Abney’s first piece of art to be shown publicly in Canada, and it represents the need for “justice against racial, cultural, and gender-based violence, discrimination hate crimes, abuses of authority, and wrongful displacements across nations,” according to a press release. 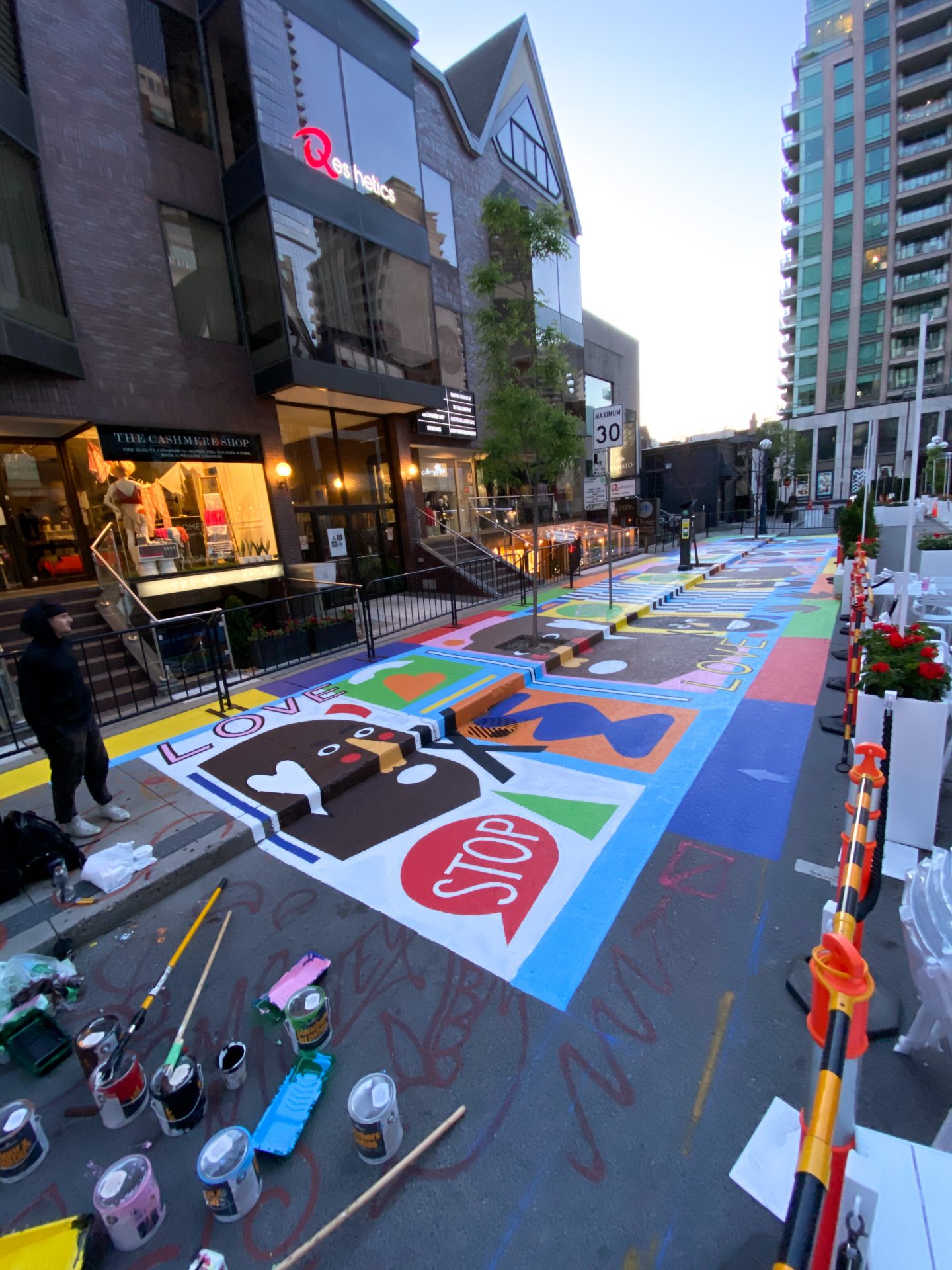 The mural was curated by Ashley McKenzie-Barnes, a professor of visual and digital arts and Humber College, in partnership with Yorkville Murals for ArtworxTO.

“As the city begins its recovery on the tail end of a global pandemic and the urgency for social justice and reform, the project animates and transforms the Yorkville neighbourhood by injecting sentiments of joy and hope through a bold and colourful piece that challenges the status quo,” McKenzie-Barnes said.

“Asking pedestrians to ‘stop’ for a moment of consideration on how we can embark on a communal process of healing, through art and intentional contemplation.”