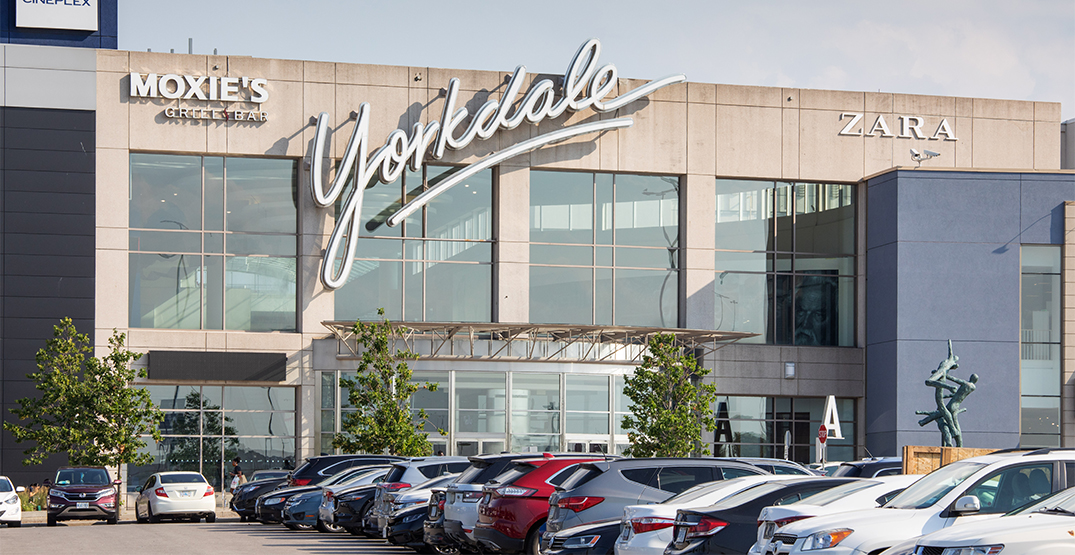 One person has been arrested after a shooting sent Toronto’s Yorkdale Shopping Centre into lockdown on Sunday afternoon.

Just before 4 pm on August 29, Toronto Police tweeted that they’d received “several” reports of gunshots inside the mall.

Responding officers pursued a suspect and arrested one person, police said. A firearm was allegedly recovered as well.

Police said there had been no reports of victims or injuries as a result of the shooting. Yorkdale was placed under lockdown for several hours as officers swept the mall.

Shoppers and mall staff shared footage on social media of themselves locked inside the shopping centre, and detailed the chaos that ensued following the shooting.

Safe to say, I will not be going to #yorkdale in the near future after what happened this afternoon.
Seeing 100 plus people running towards you in fear and panic isn’t what a Sunday afternoon at the mall should be.

One Twitter user wrote that the shooter had “busted glass doors” to get out of the mall.

Surreal. Sitting at the front mall entrance to the Hudson Bay #yorkdale . Active shooter ran through here and busted glass doors to get out. Everyone still locked in stockrooms. Now a liability issue and not one of keeping customers safe as shooter long ago apprehended pic.twitter.com/CADk1ho9Cq

Still stuck at The Bay in #yorkdale.
Come on, how long should we stay here @TorontoPolice? pic.twitter.com/M70CAhSfoV

Those locked inside were able to exit the mall around 6 pm.

Finally we can leave after more than 2 hours lockdown in #Yorkdale pic.twitter.com/otr80ZlrcX

Daily Hive has reached out to Yorkdale Shopping Centre and will update this story accordingly.