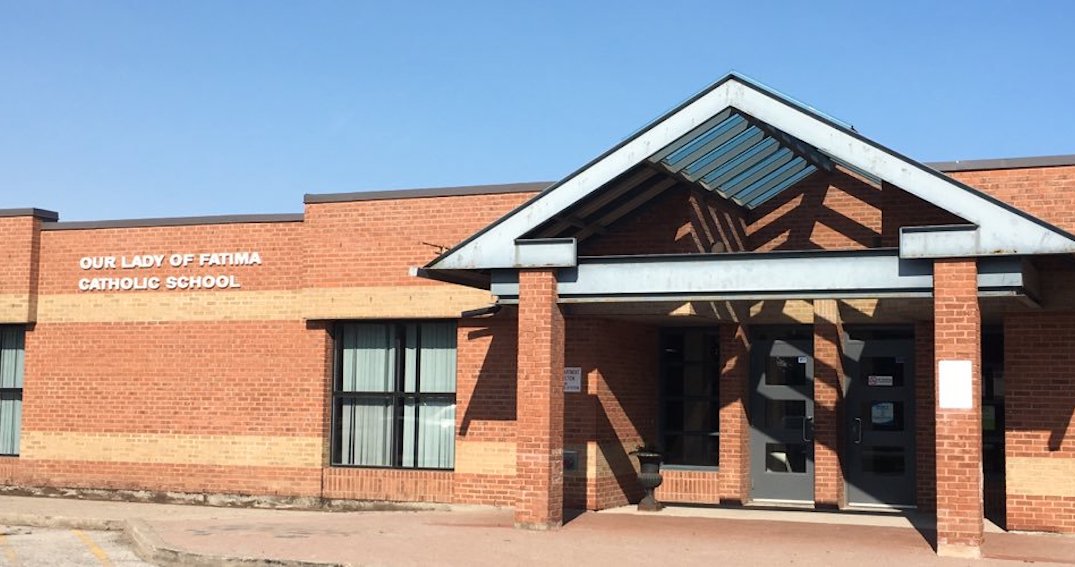 The York Catholic District School Board has reported a COVID-19 case of a staff member at a Before and After school program.

In an email sent to Daily Hive, a YCDSB spokesperson confirmed the positive case of a staff member who is part of the program at Our Lady of Fatima Catholic Elementary School.

They were notified by York Region Public Health on September 12 and reported the employee to have last worked in the morning of September 10.

“The person is employed by the B&A operator at the school and is not an employee of the York Catholic District School Board,” said the YCDSB.

“The staff person was not exhibiting any symptoms while at work, wore a mask and face shield and maintained at least 2 metres/6 feet of physical distance from students and staff.”

Although the case has been deemed as low risk following the YRPH’s investigation, out of an abundance of caution, program staff and students who were in contact with the person infected have been directed by public health to stay home and self-isolate for 14 days.

As schools commence, several other schools have reported cases in the GTA, including two in the Halton region and different Oakville schools as well as two Peel region cases at separate locations.

As for the investigation, public health clarified that the classrooms were only used for the program and not as classrooms by the school; however, those rooms, as well as offices, washrooms, and all high-traffic touch points were sanitized and disinfected by their custodial staff on September 13.

At this time, the YRPH has concluded that the school can continue to operate.