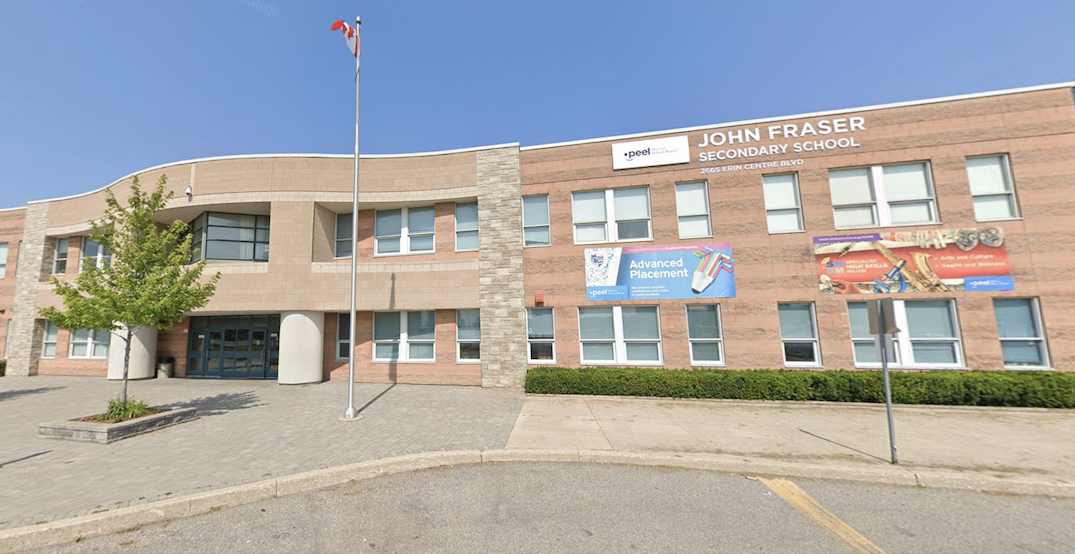 A Mississauga school with the Peel District School Board has confirmed a positive COVID-19 case on its premises.

In a letter sent to families and staff at John Fraser Secondary School, it is reported that there has been a COVID-19 exposure after someone who was at the school on September 10 had tested positive.

Although the risk is low, according to Principal Sumble Kaukab, Peel Public Health is investigating.

“It is important to share that the person got the virus in the community, not at our school,” said Kaukab.

The school underwent thorough cleaning over the weekend and remains open.

“Peel Public Health will let us know if any other measures need to be taken to reduce the risk of transmission.”

Another school under PDSB in Brampton confirmed a new COVID-19 case on Sunday at Louise Arbour Secondary School on September 10.

To add to the list of GTA schools in the area, another two schools under the Halton District School Board has reported positive cases at both Brant Hills Public School in Burlington and Garth Webb Secondary School in Oakville as of September 14.

Daily Hive has reached out to Peel District School Board for comment.