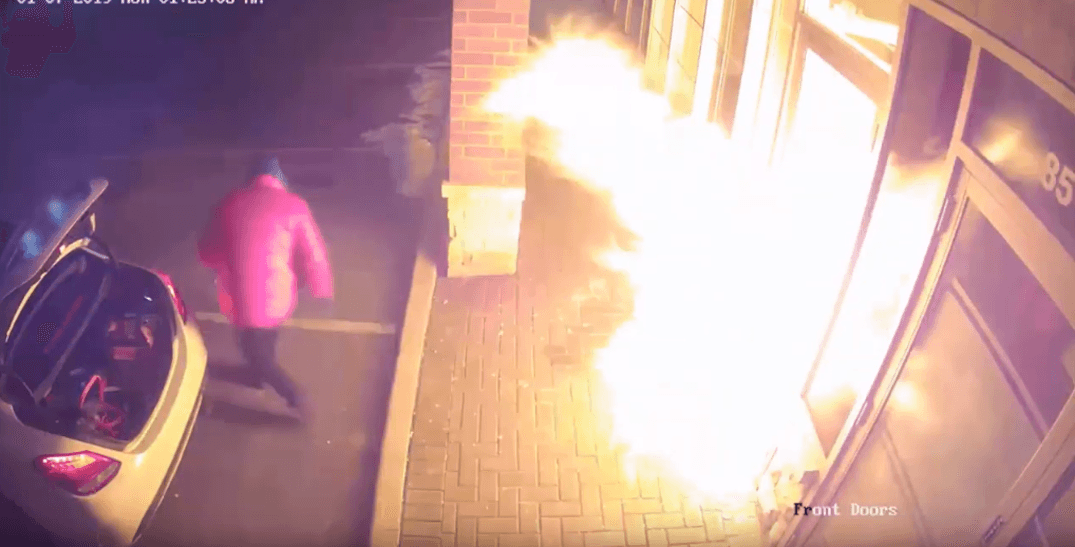 York Regional Police are looking to identify a suspect in an arson investigation.

According to police, on Monday, January 7, shortly before 2 am, officers were called to a commercial plaza located at 3550 Rutherford Road, in Vaughan, for a suspicious fire.

Vaughan Fire and Rescue Services were on scene and had extinguished a fire inside of a law office.

Investigators found that a glass door at the front of the building had been smashed and that there was a strong smell of gasoline coming from inside.

Police released surveillance video captured images of a suspect and a vehicle. Investigators say that the licence plates used on the suspect vehicle were found to have been stolen from the city of Toronto.

This investigation is ongoing.