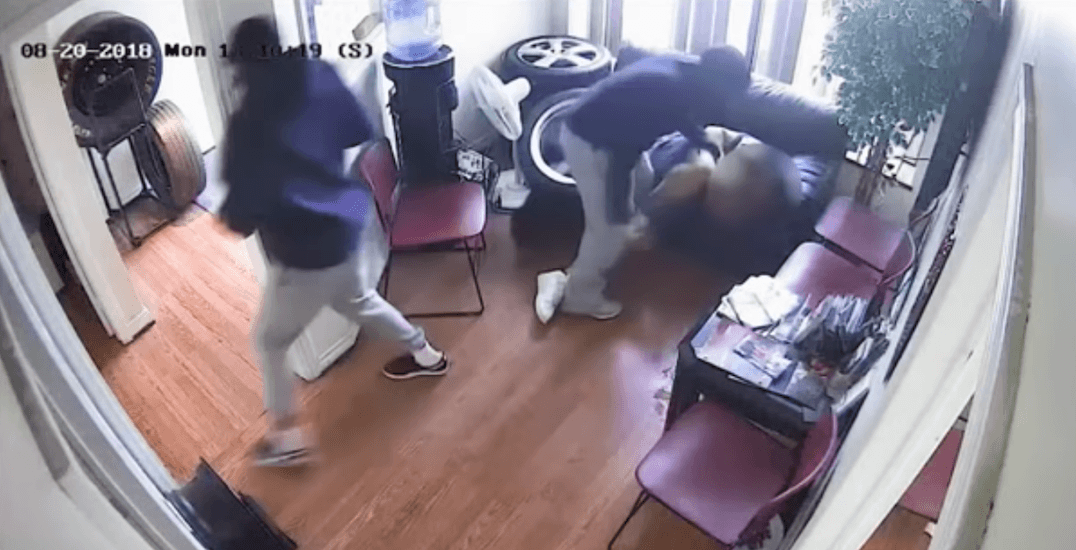 York Regional Police investigators are seeking the public’s assistance to identify two men following a vicious assault at a tire shop in Vaughan.

According to police, on Monday, August 20, 2018, shortly after 1 pm, officers were called to a tire shop located on Hanlan Road for a report of an assault in progress. When officers arrived, they found two men, one suffering from serious injuries. He was taken to hospital for treatment of his injuries, from which he may never fully recover.

The two men then returned to the business and assaulted a second victim. During the assault the victim was punched and kicked multiple times and a tire was thrown at his upper body. Following the assault, the suspects fled the area on foot, south on Scholes Road towards Steeles Avenue.

Investigators are releasing video surveillance of the assault and are asking anyone with information about the identities of the suspects to please come forward to police.

Warning: The video contains violence and may be disturbing to some viewers

Police describe the first suspect as male, black, 5’7″, medium build, wearing a black hoodie and a black bandana on his head.

The second suspect is male, black, 6’1″, thin build, wearing a blue hoodie, blue bandanna on his head, and sunglasses.

This investigation is ongoing. Anyone who may have witnessed this incident but has not spoken with investigators is asked to come forward.