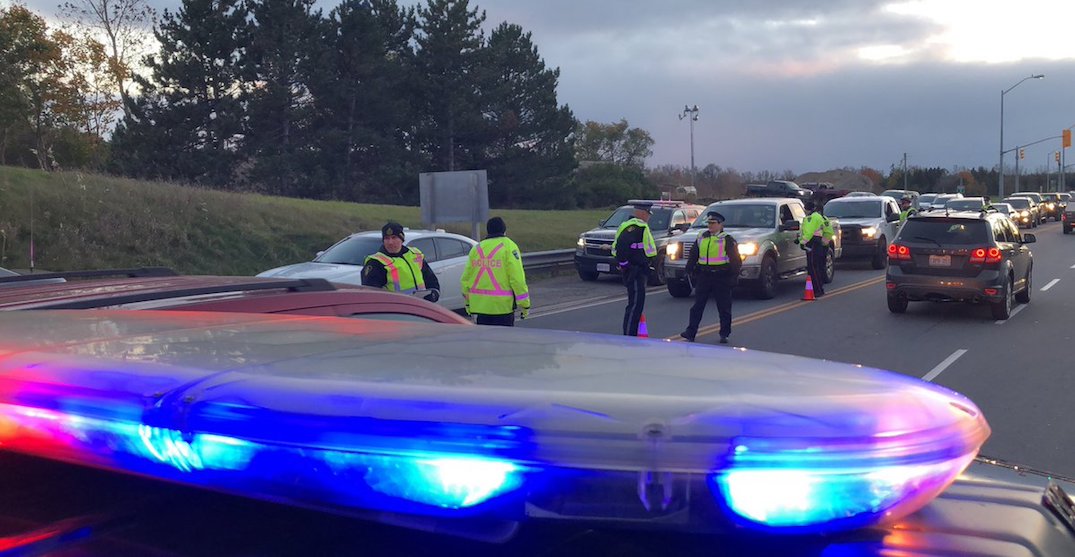 York Regional Police say a driver was arrested for being impaired by drugs following a major accident in Markham this morning.

According to police, on Friday, October 19, shortly after 2:30 am, they were called to Highway 7 in the area of Commerce Valley Drive for a serious collision involving a compact sport utility vehicle and a tractor-trailer.

When officers arrived they located both vehicles with significant damage, and the tractor-trailer was leaking fuel onto the roadway. The accident resulted in Highway 7 being closed for nearly five hours.

Investigators believe that the driver of the compact sport utility vehicle was under the influence of drugs at the time of the collision.

“We are concerned that the recent legalization of recreational cannabis will result in more incidents of impaired driving,” said Chief Eric Jolliffe.

“We are urging anyone that has used cannabis, any other type of drug, or consumed alcohol, to not get behind the wheel. Our citizens can expect to see our officers on patrol and conducting RIDE spot checks throughout the region in an effort to stop anyone who has made the choice to drive while impaired.”

York Regional Police wants to remind motorists that an impaired-related charge in any vehicle will result in an immediate 90-day driver’s license suspension, the requirement for an ignition interlock device for at least six months on all vehicles you operate, as well as a mandatory education or treatment program.