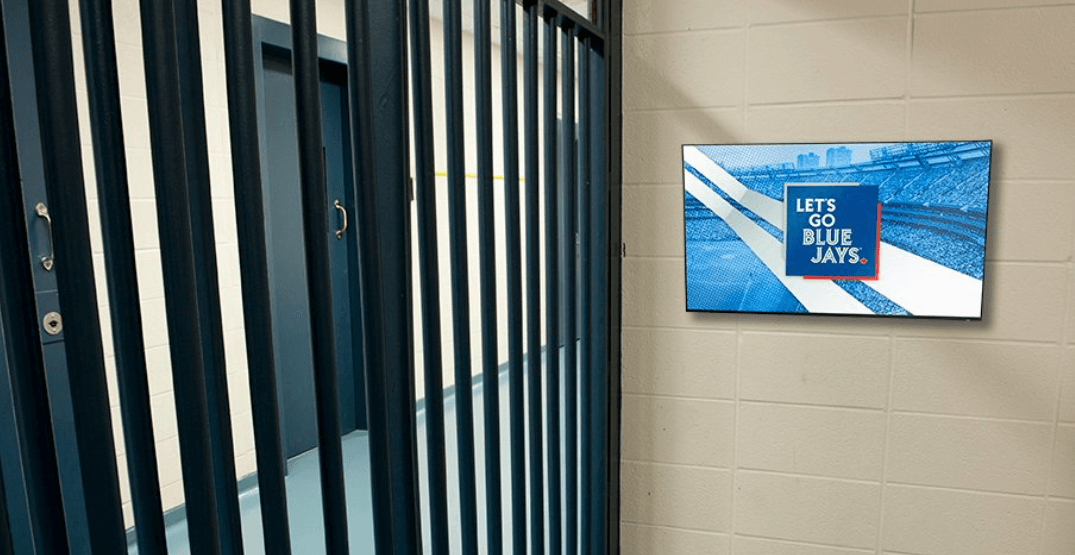 Toronto is going to be wild tonight.

For one, it’s going to rain cats and dogs (or, hopefully, Golden State Warriors tears) and two, huge crowds around the city are going to be watching the Raptors take another shot at clinching the championship during Game 6.

With crowds comes partying, with partying comes drinking, and with drinking comes the hope that everyone takes transit home, as the TTC has recommended.

For those, however, who choose to irresponsibly drive impaired, York Regional Police have taken the opportunity to reassure them that they won’t miss the big game after winding up in a jail cell.

Just not the one you think.

“For anyone caught driving impaired tonight, DON’T WORRY: We got tonight’s BIG game on in the cells #LetsGoBlueJays,” the tweet reads.

For anyone caught driving impaired tonight, DON’T WORRY: We got tonight’s BIG game on in the cells #LetsGoBlueJays pic.twitter.com/r0WxWCkPb7

The tweet, which is paired with a picture of a jail cell equipped with a flat-screen reading “Let’s Go Blue Jays,” is a pretty obvious shot at Toronto’s MLB team, who have had a less than satisfactory start to the season.

Most people got the joke…

that is cruel and unusual punishment

Ouch to the Jays

And it looks like the Jays did as well. But not without first taking a shot back at York Regional Police:

Tonight’s “big game,” the Blue Jays vs the Baltimore Orioles, kicks off at 7:05 pm.