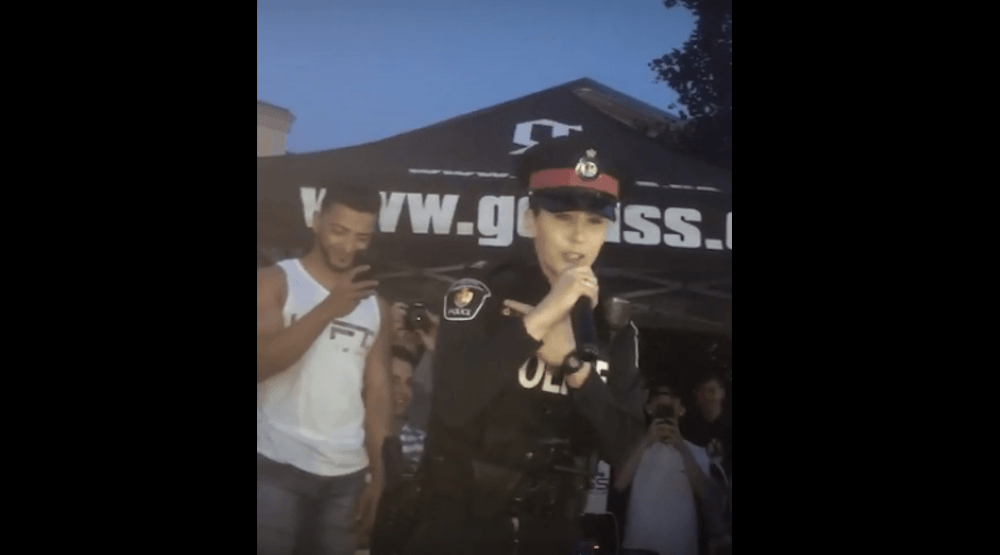 Police in the GTA are a talented force.

A few weeks ago, a Peel Police responded to a noise complaint in Mississauga and the officer returned to the scene to jam with the young band. And yesterday, a video surfaced of a York Region Police officer freestyling at an event.

At the Thursday evening Strada car show in Woodbridge, event goers got the surprise of the evening, thanks to the York officer.

The female officer took the mic, and to everyone’s surprise she began to flawlessly rap to Dr. Dre’s “Still D.R.E. (ft. Snoop Dogg).”

Starting off with, “Yeh I’m a cop, region of York/ People call me pig but what’s wrong with pork/Teach me how to dougie while I’m heading into court,” the officer had everyone applauding and cheering her on.

Her verses continue, “Everyone hating need to take a chill pill/ Take the time to get to know me if you will/’cuz I’m ill, I’m real, I arrest those who kill.”

And she killed it on the mic that night. Check out the full video below.