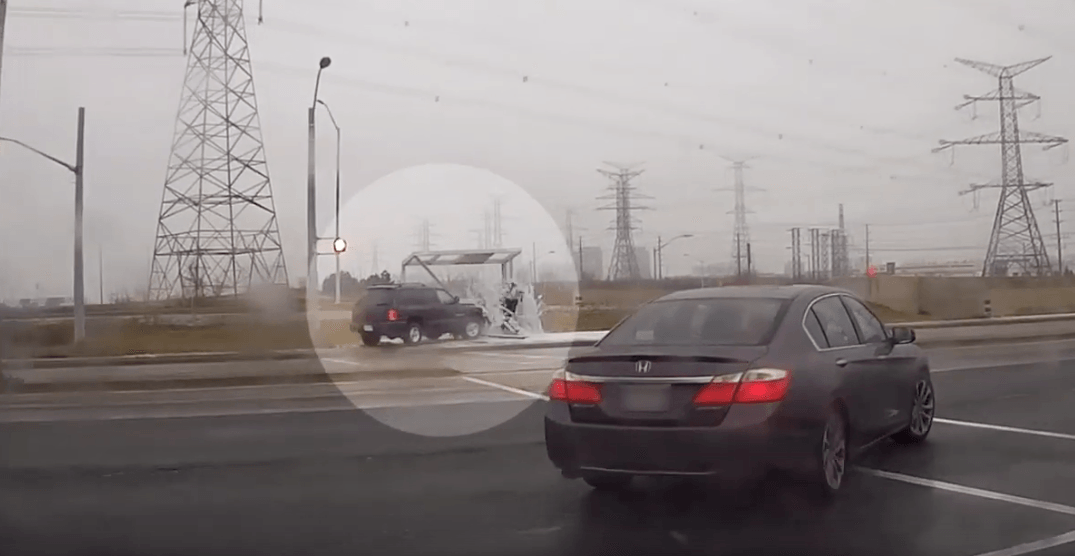 York Regional Police is looking for witnesses after an SUV operated by an impaired driver crashed into a bus shelter in Richmond Hill last week.

According to police, on Tuesday, December 11, 2018, shortly after 2:30 pm, officers responded to a collision on Bayview Avenue at the Highway 407 off ramp.

A black Dodge Durango had driven off the road and into a transit shelter, narrowly missing two people that were waiting for a bus, who left prior to police arrival.

The driver was identified as 49-year-old Wayne Quinlan, who was arrested and has been charged.