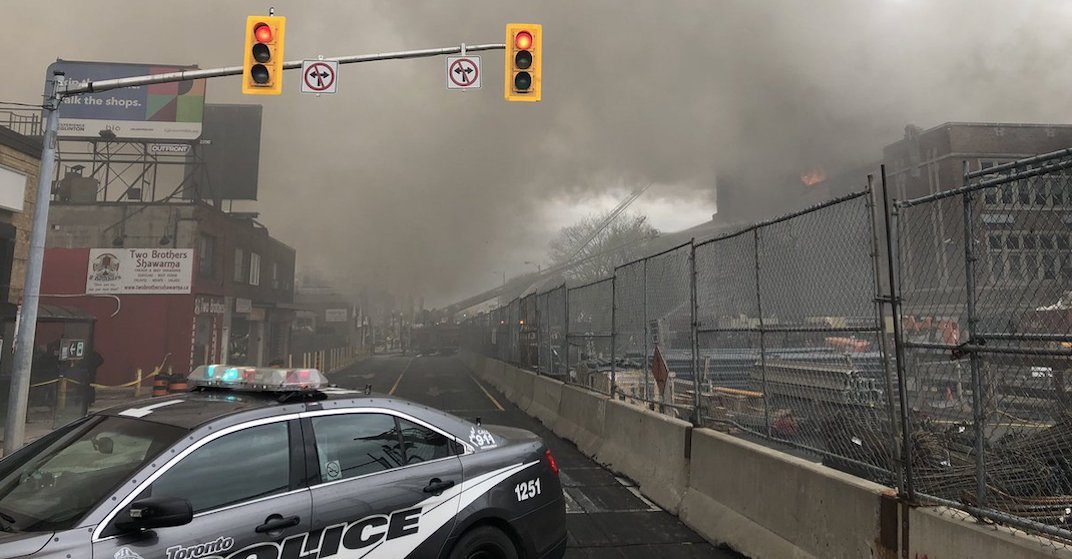 The morning blaze at York Memorial Collegiate on Eglinton has been upgraded to a 6-alarm fire.

As heavy smoke continues to fill the air, buildings in the area are now being evacuated and additional TTC buses are being brought in for shelter, according to Toronto Fire chief Matthew Pegg.

Buildings located along the south side of Eglinton between Trethewey and Bicknell are being evacuated first, said Pegg.

The fire chief is also advising those in the area should move east of Trethewey or west of Bicknell.

Additional resources are now bring brought in to assist with evacuating people from the areas most affected by the heavy smoke.

The initial phase of evacuation will involve those buildings fronting on the south side of Eglinton between Trethewey and Bicknell. Additional TTC buses being brought in for shelter. If you are in the area, please move east of Trethewey or west of Bicknell. @Toronto_Fire pic.twitter.com/4bJbPhMvwt

Crews began battling the fire just after 7 am Tuesday morning, marking the second fire reported at the same location in the past 24 hours.

“The investigation into yesterday’s fire is ongoing in collaboration with the Ontario Fire Marshal and Toronto Police. All indications are that this fire is separate and distinct from the first fire yesterday,” Pegg said.

The Collegiate is located at Eglinton Avenue and Trethewey Drive area.

The Toronto District School Board said that as a result of Monday’s fire, students and staff are already reporting to George Harvey Collegiate.

There have been no reported injuries at this time.