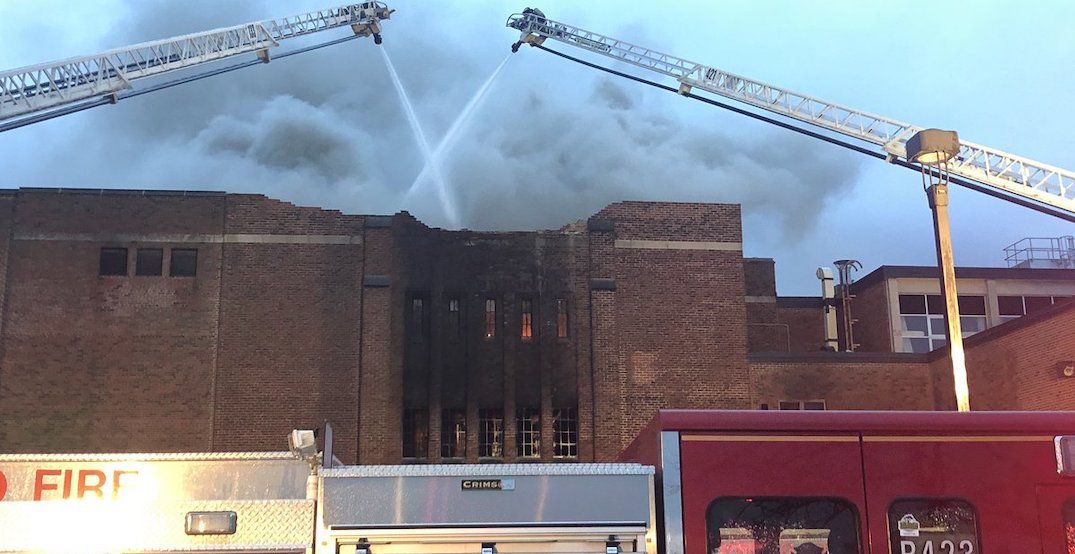 According to Fire Chief Matthew Pegg, no injuries have been reported on scene.

“Crews are battling heavy smoke and flames along with partial collapse of exterior walls,” said Pegg.

This was the second fire reported at the same location, as Toronto Fire Crews battled a 2-alarm blaze at York Memorial Collegiate on Monday.

“The investigation into yesterday’s fire is ongoing in collaboration with the Ontario Fire Marshal and Toronto Police. All indications are that this fire is separate and distinct from the first fire yesterday,” Pegg said.

The Collegiate is located at Eglinton Avenue and Trethewey Drive area.

Pegg said the investigation will continue and expand.

The Toronto District School Board said that as a result of Monday’s fire, students and staff are already reporting to George Harvey Collegiate.

“Toronto Fire is back at the school as another fire broke out early this morning,” said the Board.

As a result of this morning’s fire, Eglinton Avenue is closed in both directions from Keele Street to Black Creek. Police are asking commuters to avoid the area.