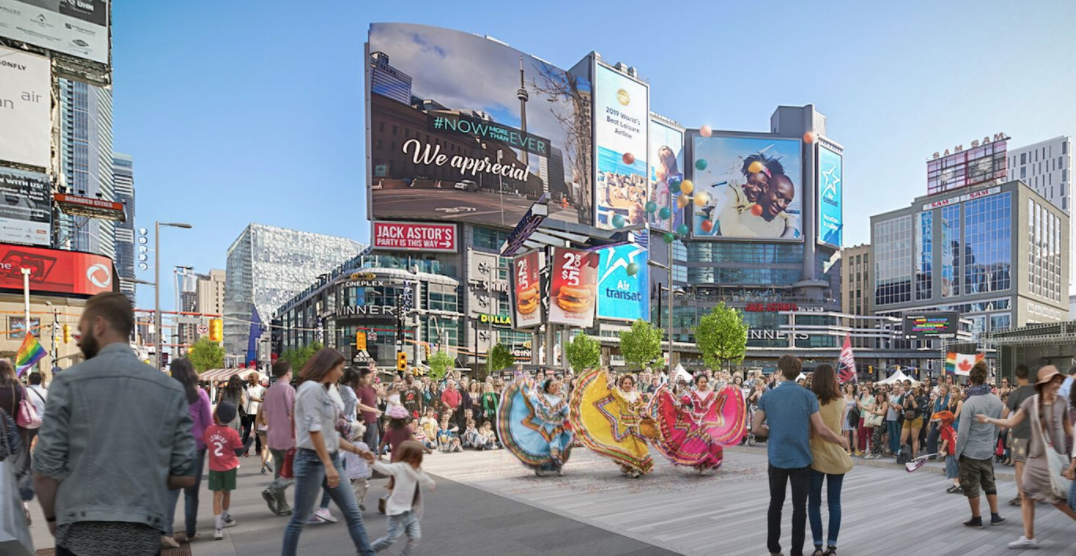 In early February, Toronto’s city council will vote on a marvellous project called Yonge Tomorrow. Councillors should support it unanimously. There may be no initiative this year more critical to the flourishing of our downtown.

It would transform Yonge Street from College to Queen into a place of beauty and vibrancy.

It would remove some (not all) driving lanes, widen sidewalks and bring protected bike lanes to a portion of the route. It would create additional room for outdoor cafés, vendors and trees.

The project would recognize the truth: Most people who visit the street aren’t in cars. They’re transit-users, bike-riders or walkers. Yonge Tomorrow would have a democratizing effect. It would give extra space to non-drivers because they’re the majority.

The current situation is imbalanced. The city says, “50–75 per cent of people using the entire street are pedestrians, while less than 25 per cent of the right-of-way space is dedicated to pedestrian movement.”

Yonge Tomorrow would be a vital climate solution.

Toronto’s second-largest source of greenhouse gas is transportation, and most emissions in this sector come from personal vehicles. Offering alternatives to the gas-burning automobile is crucial.

Last November, David Suzuki sent a personal letter to Mayor John Tory asking him to expedite the rollout of protected bicycle lanes. “I understand you will soon be considering the Reimagining Yonge and Yonge Tomorrow projects. I urge you to support them,” the celebrated environmentalist wrote.

Suzuki cannot weigh in on every municipal project in Canada. But he commented on this one because he believed it would make an especially strong contribution to Toronto’s climate goals and provide an excellent model for other cities. This is a project of national significance.

Yonge Tomorrow would also be a boon to businesses hammered by the pandemic.

Far from hurting economic activity, the move to a more active Yonge would enhance it. Transportation Services says, “Studies from across the UK, USA, and Toronto indicate that people walking and cycling visit more often and spend more per month on retail streets than those driving… Studies of Times Square in New York City also found that reducing vehicle lanes and investing in the pedestrian experience increased the number of visitors, the value of commercial properties, and advertising revenues, and also decreased commercial property vacancies.”

While some businesses have raised concerns about Yonge Tomorrow, many wrote letters supporting the project when it was debated by the city’s infrastructure committee. These supportive voices came from large development companies, the retail sector and the entertainment industry.

This is not surprising. Business generally likes what the public likes and Yonge Tomorrow would be popular. Polling done by EKOS Research in September 2020 found 79 per cent of Toronto residents support the project. What’s not to like?

Over the past few years, I’ve had the privilege of discussing urban transportation issues with an insightful group of students at the Rotman School of Management. These young scholars have helped me find common ground with the business community on cycling and bike lanes.

The Infrastructure & Environment Committee has voted 4-2 to advance #YongeTOmorrow and the final vote goes to City Council on February 2 &3.

This is a new beginning for Toronto’s great street and our once-in-a-generation chance to build a new main street for the 21st century. pic.twitter.com/fvR5cGy4LJ

I recall vividly one of the first things they taught me: Successful neighbourhoods of the future will not be organized around car travel. For good business reasons, they will be centred on active transportation. And neighbourhoods that don’t reflect this in their street design will be left behind, eclipsed by those that make walking and cycling a priority.

Wise words to remember as council debates a top-notch proposal to make Yonge Street a climate solution and a friend to local merchants.