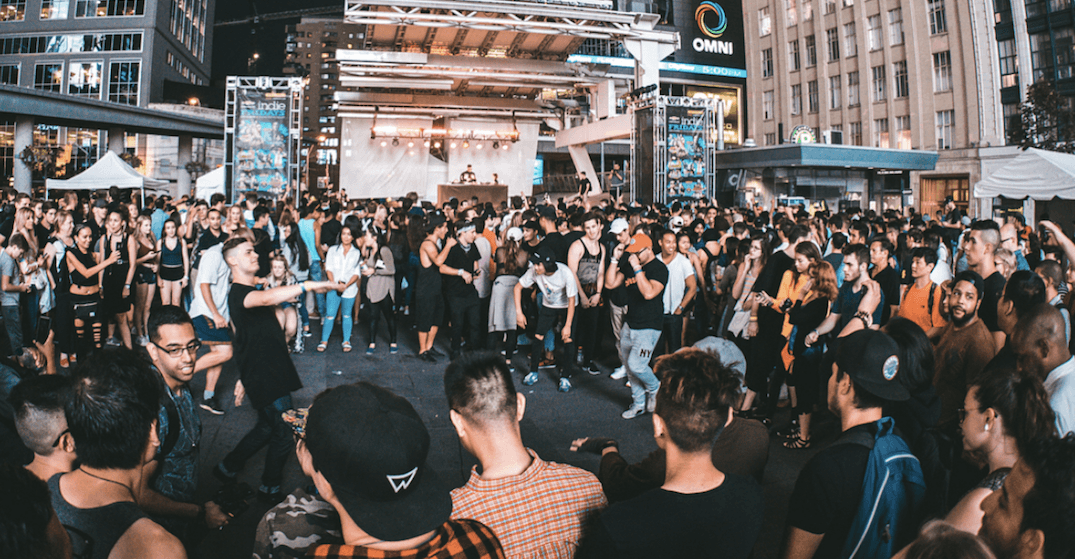 Not only is Yonge-Dundas Square hosting free movies and free yoga this summer, it will also be the site of free concerts.

The Square’s free indie concert series kicks off on Friday, June 28 and will run for ten weeks until August 30.

With the launch of Chevrolet’s new music discovery program, Chevy Music, this year’s series is set to be the biggest and best yet.

So, who’s playing this summer?

Friday, July 5: The Square will host an evening of R&B and hip hop on Friday, July 5 with performances by Mississauga-based rapper Keita Juma, R&B producer collective Locals Only Sound, and R&B singer-songwriter Surauchie.

Friday, July 12: This week will be #FolkFriday at Yonge-Dundas Square with the Celtic sounds of Nova Scotian sisters Cassie and Maggie, the countrified rock of the Devin Cuddy Band, and the serenading songs of Kandle.

Friday, August 16: The beat will drop for a night of dancing in the Square with appearances by free form beat manipulator Korea Town Acid, Blk riot grrrl rapper Myst Milano, and electronic beats from Ian Campeau aka DJ NDN (co-founder and former member of A Tribe Called Red).

Friday, August 23: Get ready to bop with performances by singer-songwriter Madison Olds, the infectiously catchy Lo Lo, and the irresistible duo Neon Dreams.

When: Every Friday, June 28 to August 30
Time: 8 pm
Where: Yonge-Dundas Square
Price: Free