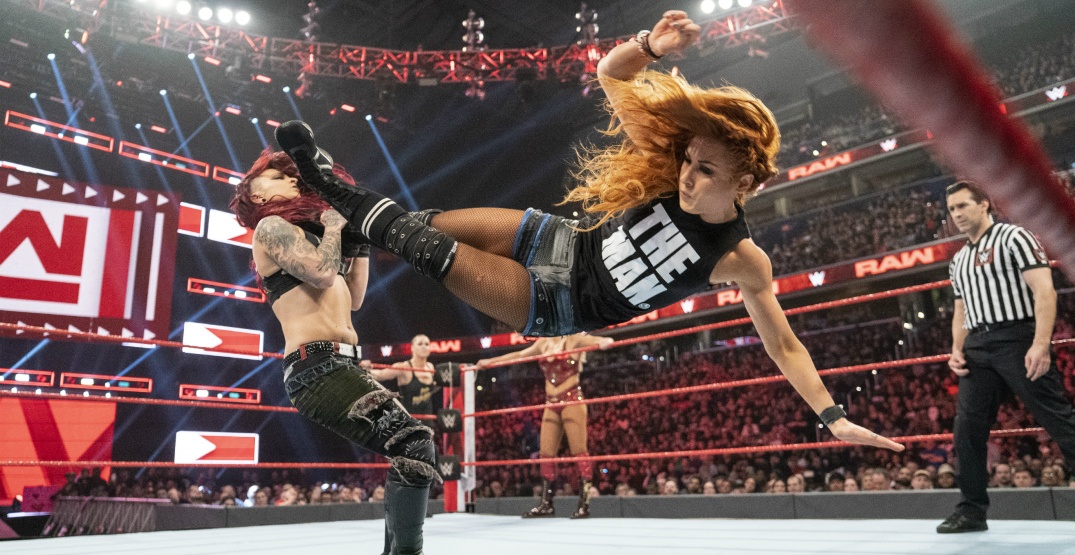 If you’ve never seen professional wrestling as part of a live audience before, you’re missing out on one of life’s true joys. (We’re not joking.) It’s one thing to watch the Superstars of World Wrestling Entertainment (or WWE, if you want to save some syllables) from home, on PPV, or on the WWE Network.

But seeing hurricanranas, power bombs, and phoenix splashes in person is the closest you’ll ever get to seeing superheroes in real life.

It doesn’t matter if you haven’t been a regular fan since before anybody knew what The Rock’s real name was, or if you’re so up-to-date that your loved ones are tired of hearing about how awesome Becky Lynch is — this weekend’s activities deserve your full attention. 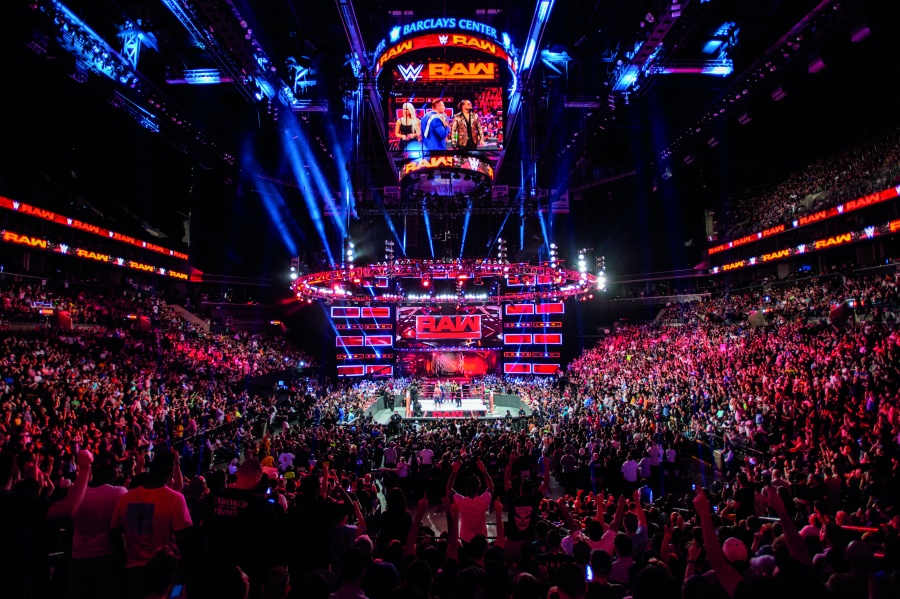 For the first time in 15 years, one of WWE’s biggest annual events, SummerSlam, is coming back to Toronto. And this time, there’s so much more to do and see than just a single night’s worth of entertainment.

Considering how intense and loyal Canadian pro wrestling fans can get, WWE’s trips north of the border (much less ones of this magnitude) are still a relatively rare event. It’s a chance to witness history, as well as someone doing a backflip through a table.

So if you’re on the fence about coming out for any of the four (!) consecutive nights of entertainment and action, consider this the briefest of guides to what you’ll be missing out on if you don’t take the leap. 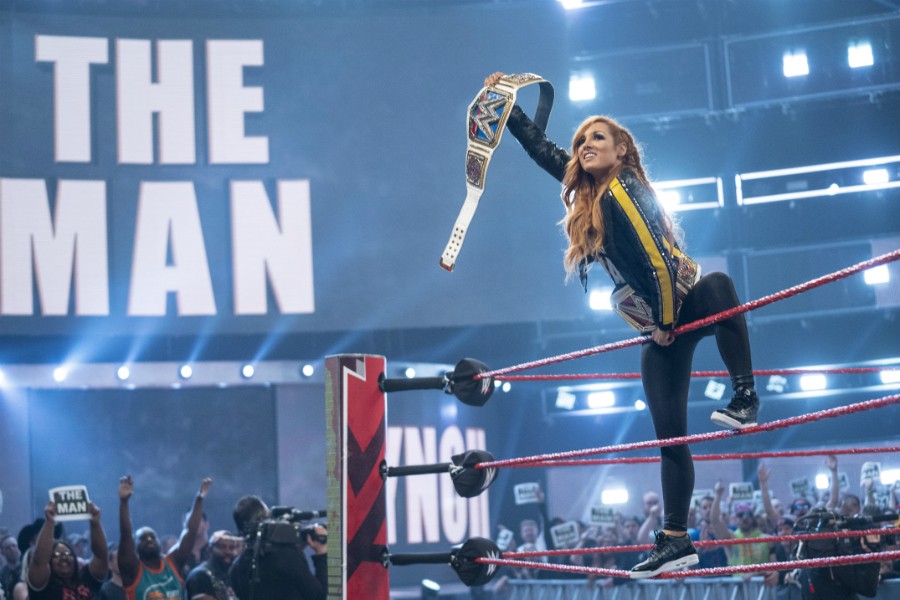 If you’re a bit of a lapsed fan (we forgive you), we won’t blame you for not knowing that the WWE has entire separate brands and identities all existing under one roof now, and all of them will be putting on gigantic live shows all weekend.

(And for the sake of convenience, all of them will be taking place at the Scotiabank Arena in the heart of downtown.) 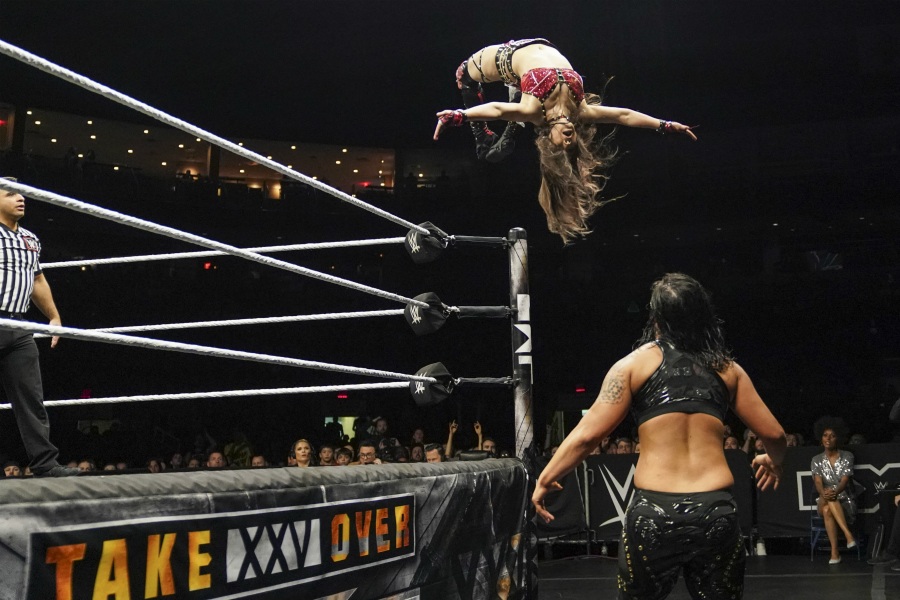 On Saturday August 10, you can witness the rising talent of WWE at NXT TakeOver: Toronto. If you’re looking for a bandwagon to ride before it gets crowded (and if you already sold you Kawhi Leonard jersey), this is the place to be.

Current superstars like the impossibly cool Velveteen Dream and the literally-whips-people-with-her-hair Bianca Belair will be household names in the near future, so it’s best to see them in action right now. 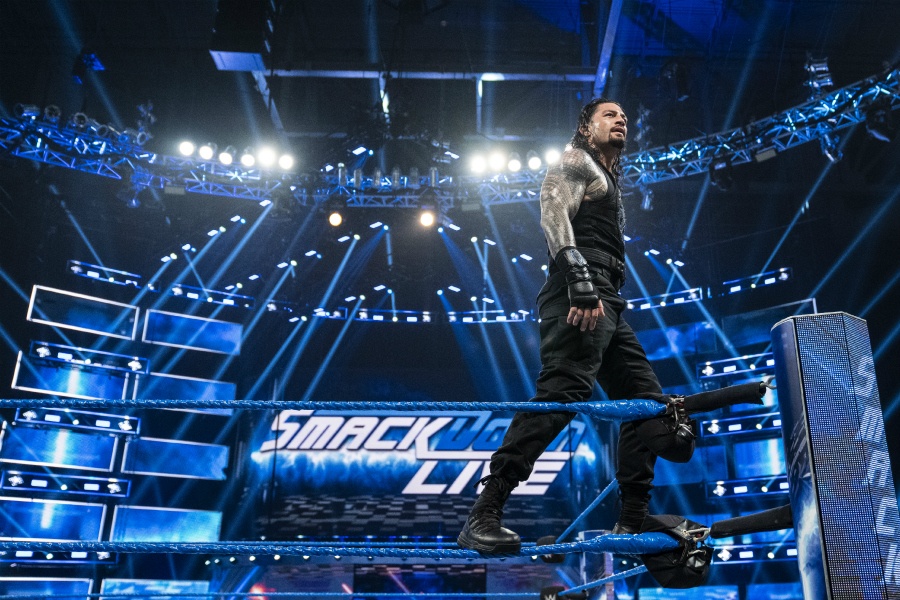 Roman Reigns gets ready for a match. // Image: WWE

The Superstars of the WWE are always bouncing off each other in long-running storylines and feuds, and SummerSlam on Sunday August 11 is the closest you can get to watching a season finale. Superstars from all corners of the company will clash for championship titles, glory, and plenty of last-minute surprises.

Plus, it’s the best way for you to see white-hot household names like Becky Lynch and Brock Lesnar do their thing in front of thousands of screaming fans (yourself included). 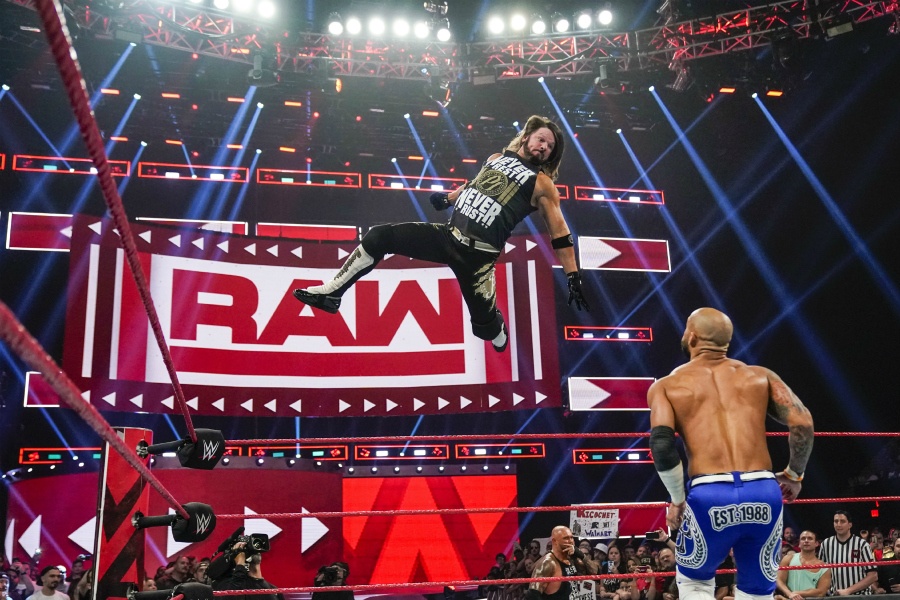 Feeling more like catching a season premiere? Then you’ll want to be there for WWE Raw on Monday August 12 and WWE Smackdown Live on Tuesday August 13. The two rival brands have their own champions, their own storylines, and their own styles.

Whether you’re eager to watch powerhouses like Seth Rollins and Samoa Joe continue to destroy their competition on RAW, or you want to see Canada’s own Kevin Owens in action or see if beloved champions Kofi Kingston and the New Day can hold onto their titles against all their challengers, you’ll want to be at Smackdown Live!

True to its name, WWE is a worldwide organization, so there’s no telling when they’ll bring literally their entire roster through town again. So rather than live with regret (and an impossible amount of FOMO), do your present and future selves a solid and snag some tickets for whatever events speak to you through Ticketmaster. 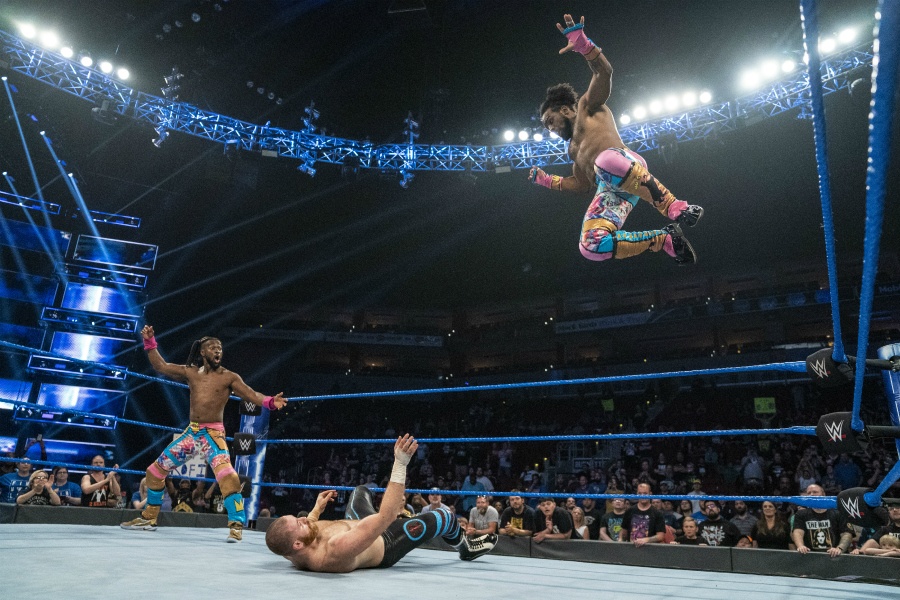 So break out the bristol board, find your favourite wrestler’s T-shirt, and prepare to give your inner child a legendary high five at the Scotiabank Arena this weekend. You’re welcome.