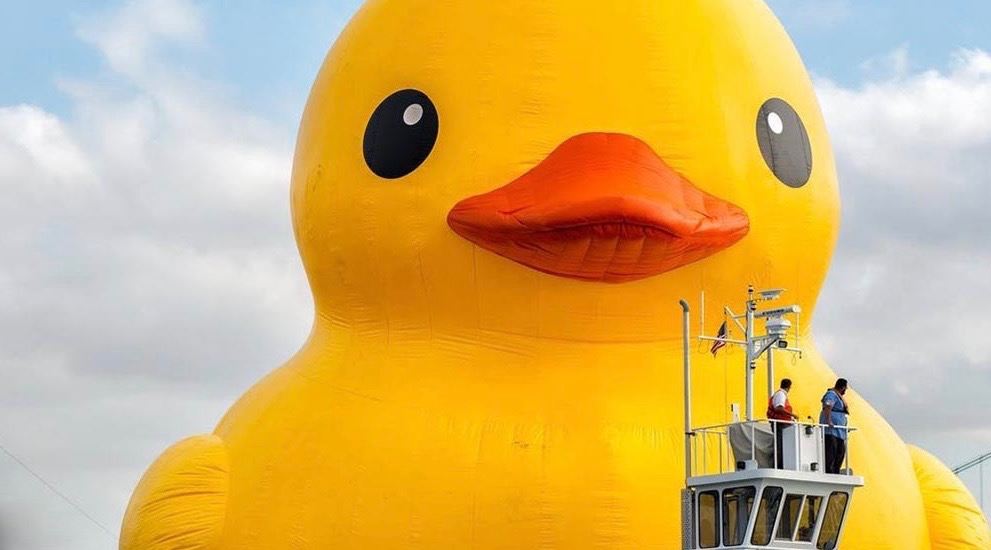 Toronto’s Redpath Waterfront Festival is so close, and brings with it a big addition this year.

The World’s Largest Rubber Duck is ready to be unveiled at the ONTARIO 150 Celebration this weekend.

From July 1-3, Toronto’s annual summer event will welcome the World’s Largest Rubber Duck as it makes its first trip to Canada.

Last month, the duck became a controversial topic as it was revealed that the government of Ontario paid $121K to bring it to Toronto. And after that, the rubber duckie was accused of being a “counterfeit” by a Dutch artist.

But, the duck still managed to make it through the scandals, and is landing just in time for Canada Day. Because what says Canada Day more than a giant yellow rubber duck?