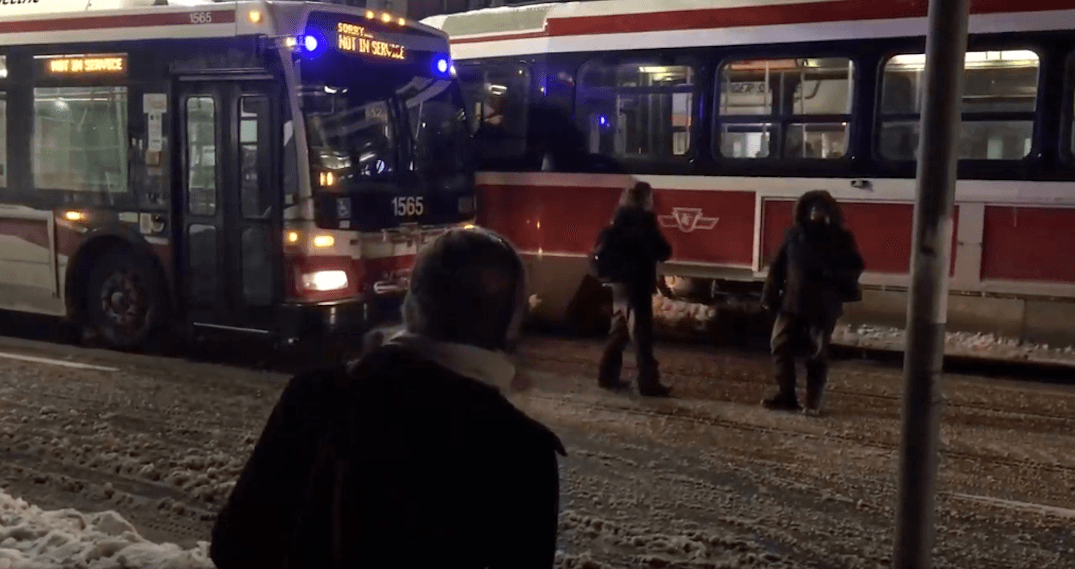 A video circulating on social media shows two women blocking the path of streetcars and buses along Queen Street East because they’re angry about the vehicles making short-turns.

Posted on January 29, when Toronto was under an extreme cold warning, the video shows at least six streetcars blocked, along with a bus, stopped at Queen Street near Broadview.

According to the TTC, “when a vehicle is behind schedule, a decision is made by supervisory staff to make a service adjustment. Short turn means the vehicle will not continue to the end of the route but will be turned to travel in the opposite direction to balance service on the route.”

In the video, a bystander is heard telling the two women that the people on the blocked transit vehicles are trying to get home.

“There’s been 10 to 15 buses and streetcars that have made a short-turn here,” said one of the women blocking the road. They are also heard saying they’re stranded because of the short-turns.

An inspector arrives, and tries to ask the women to talk on the sidewalk, but they refuse. He eventually talks them into moving away from the road.

The TTC is checking their record for further information on this incident, and this story will be updated as more information comes through.