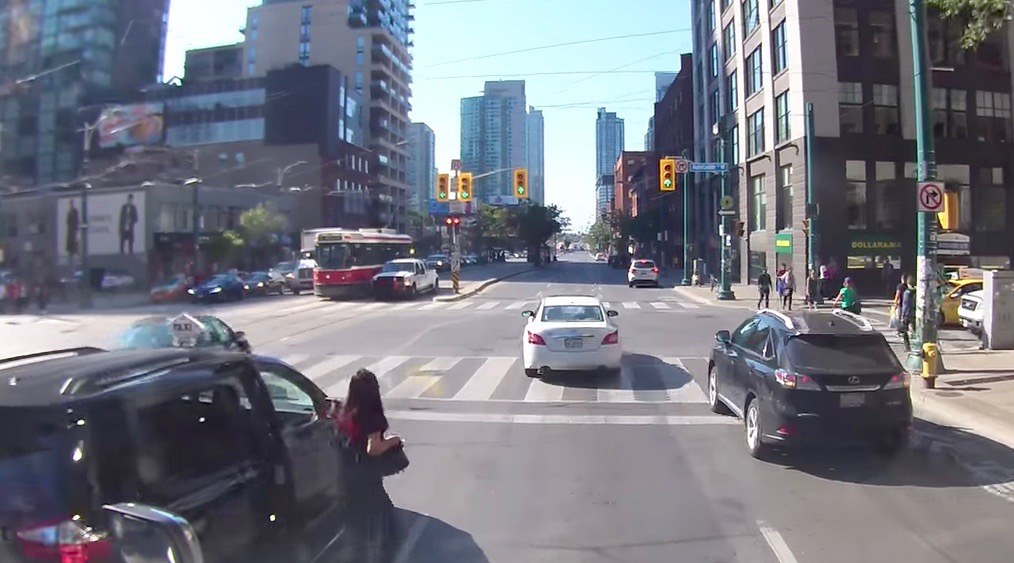 This is why your parents told you to look both ways.

Of course, looking both ways doesn’t help if you still decide to step into the middle of downtown Toronto traffic.

As captured on a recently uploaded dashcam video, a woman at the corner of Spadina Avenue and Adelaide Street West decides to exit her taxi in the middle of the intersection… just as the light turns green.

The woman steps out into the middle of Spadina, directly in front of a transport truck, and, seemingly oblivious to the fact that she’s placed herself in the middle of a busy street, sputters around for a second or two before making a break across Adelaide. Of course, the break she makes is also against a do not walk signal.

It’s possible that this woman is a tourist in Toronto. It’s possible that she was confused or lost or in some other state which would account for this type of dangerous behaviour. What’s not clear, however, is how any taxi driver would ever allow a passenger to exit their vehicle in a situation like this.