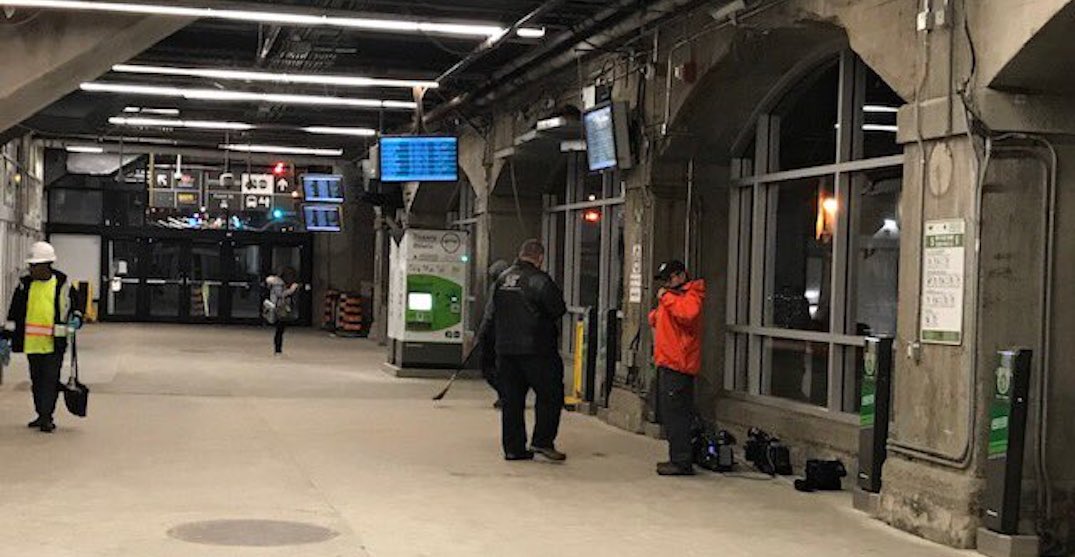 A woman was taken to hospital after being struck by falling concrete at Union Station on Thursday evening.

The incident happened just before 6 pm when the woman was injured while walking inside the Bay West Teamway at Union Station. The woman was then transported to a nearby hospital by paramedics.

Initial indications are a piece of concrete fell from the ceiling. We recognize this is a busy area for commuters and out of an abundance of caution the Bay West Teamway will remain closed until further notice. 2/4

As crews investigated the incident, the Bay West Teamway was closed, and commuters were encouraged to use the Bay East Teamway, the Great Hall, the York East and York West Teamway in Union Station.

Following the incident, Nitish Bissonauth, a spokesperson for Metrolinx wished the woman a full and safe recovery and reminded the public that Union Station is still safe and Metrolinx will do everything to keep it that way.

What happened last night at the Bay West Teamway was very unfortunate. We are thinking of the injured woman and we wish her a full and safe recovery. Union station is still safe and we will do everything to keep it that way. The Bay West Teamway is once again open this morning. pic.twitter.com/BgrtIoL8Kx

After working throughout the night, Metrolinx has determined the Bay West Teamway at Union Station is safe and the area is once again open to commuters.

“Safety is central to everything we do. Engineers from both Metrolinx and the City of Toronto spent the night thoroughly inspecting the Teamway. Some minor concrete scaling and repairs were made,” said Metrolinx spokesperson Matt Liewellyn.

“As is always the case, will continue to monitor the Teamway, and out of an abundance of caution have ordered another thorough inspection in the coming weeks.”