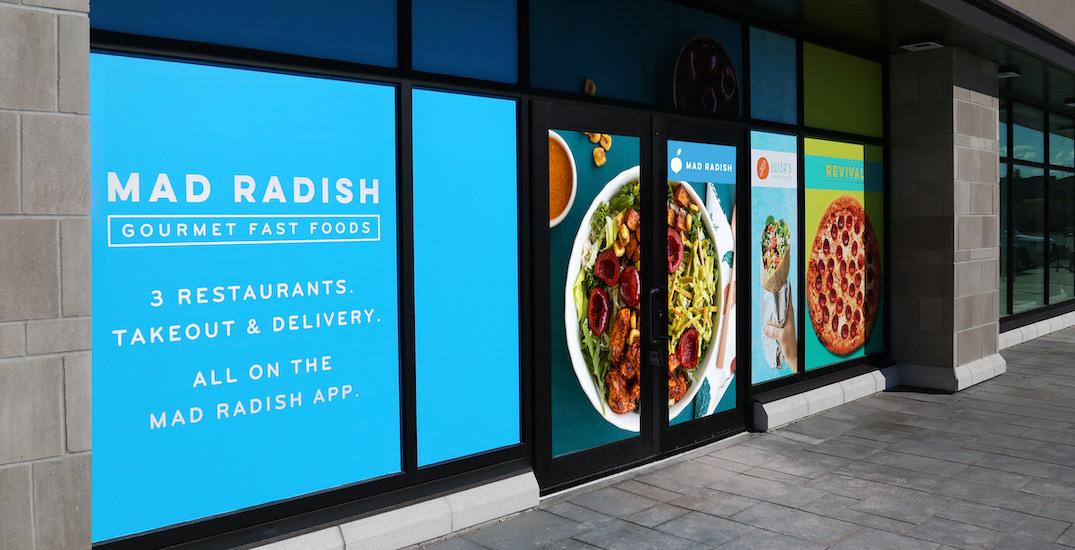 Toronto’s restaurant industry has taken a significant hit. And the second lockdown has evoked a continuous fear surrounding the future of local food spots.

Finding alternatives to get their business noticed has pressured local owners to get creative and dive into something new. Many have turned to the “digital world” to attract more business.

And that’s where the concept of a ghost kitchen was born.

The definition of a ghost kitchen varies, but to put it under a blanket term, ghost kitchens aren’t necessarily “real” or “brick and mortar.”

As Matt Dean Pettit, from COAST, explains, they are “a concept within a concept, in most cases.”

The liberty that comes with ghost kitchens is something that Pettit has fully embraced with COAST. This seafood spot and burger joint fusion is a delivery-only virtual concept that sells both fresh seafood and amazing burgers.

These new business models began appearing in Toronto during the COVID-19 pandemic, allowing the restaurant business to expand their horizons and reach more residents across the city, especially in highly populated areas like the downtown core. 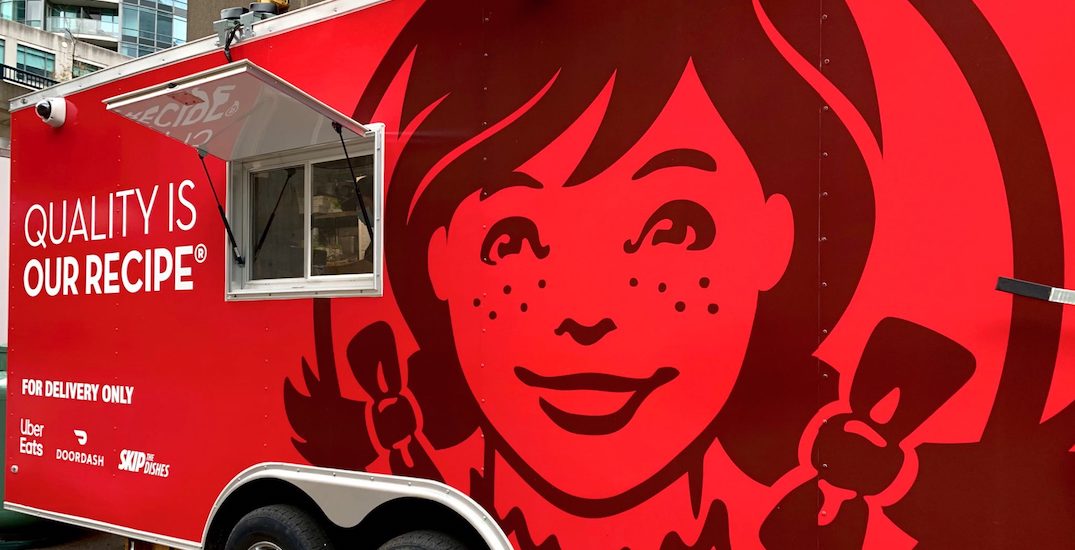 Earlier this month, Wendy’s announced it partnered with REEF’s Neighbourhood Kitchen to bring their first ghost kitchen in Canada to Toronto. According to their website, REEF is the “largest operator of mobility, logistics hubs, and neighbourhood kitchens in the United States, Canada,” using the concrete jungle to their advantage and operating through parking lots. Tucked away by the Rogers Centre, the newest mobilized restaurant serves as another prime example of what a ghost kitchen could be.

At the time of its announcement, Stephen Piacentini, Vice President, Global Restaurant Development and Recruiting at The Wendy’s Company, mentioned that building a “brick and mortar restaurant” in every neighbourhood isn’t always possible; however, through this method, they can “bring Wendy’s into dense, urban areas without the overhead of operating a traditional restaurant space.”

Pettit defines COAST as a “digital, virtual dining concept where it can really be plugged into anybody’s current kitchen.” This form of ghost kitchen serves as a “restaurant add-on.” Pettit explains it as learning new menu items, branded by the COAST name.

“I built COAST as a digital, almost franchise, [in a way] where it’s a restaurant value-add where you would bring in COAST to your restaurant, we train you, we teach you, we get you fully up to speed on the menu, [and] we set you up with our suppliers,” explained Pettit. 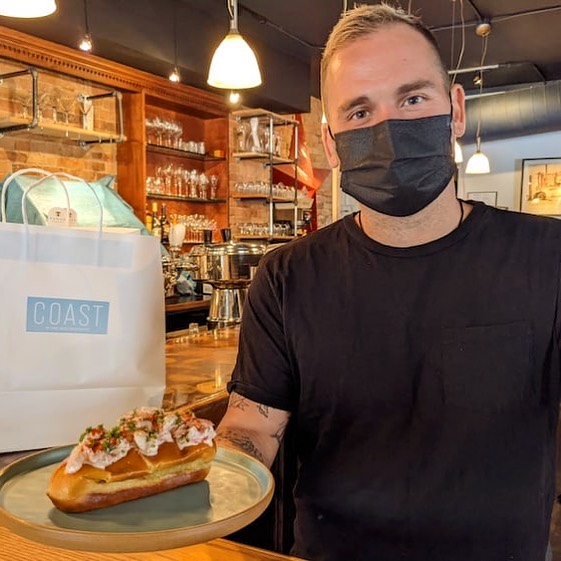 No extra employees are needed and the cost to maintain is almost nothing compared to the potential revenue that can be brought in.

Pettit added, to put it all into perspective, that one restaurant location splits the cost between four different brands and four revenue streams. “Then COAST, as a mother company, gets paid a small percentage for that. Just like a franchise would.”

Now, imagine a food court, so many options to choose from, so many dishes from all over the world, but you find it all in one location. Mad Radish functions in a similar way

Ghost kitchens aren’t always mobilized or considered add-ons; they can also be full standing restaurants like Mad Radish, which has taken the elements of what a ghost kitchen embraces.

“This means housing three brands with three distinct menus under one roof and on one app while still allowing customers to visit a physical location to place their orders,” said David Segal, owner of Mad Radish. According to its website, the company pledges to “elevate fast food and transform the way people think about healthy eating.” Luisa’s Burritos & Bowls and Revival Pizza are restaurant brands also sold within Mad Radish locations. 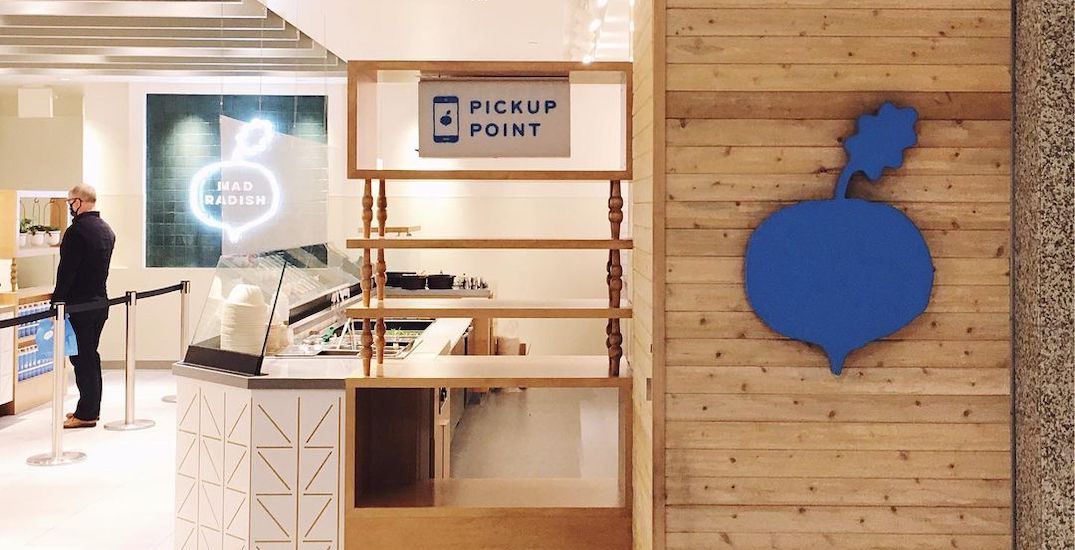 As with other business owners, Segal understands the pandemic has made it evident that “restaurants need to better balance their distribution mix,” from shifting their focus from what he calls “physical experiences” to take-out and delivery options. Though the solution may be easier said than done, the challenge comes with the overall cost of maintaining a business model such as this.

According to Segal, the cost of serving someone at an indoor restaurant is much more profitable than delivery options.

“As restaurant owners, we either need to offset some of these costs or increase the amount of revenue we’re able to generate from a single location – offering multiple concepts in a single space does exactly that.” The day dine-in services reopen is something that he hopes to see one day.

“I also think it’s important to remember that this is still food – and so no matter where it’s prepared or how it’s delivered, people are always going to seek out a meal that tastes amazing and makes you feel great,” shared Segal.

But in the meantime, the ghost kitchen concept is working out for Mad Radish. What matters more is the food. “So as interesting as it is to talk about how we’re preparing food to respond to these changing consumer needs,” said Segal, “let’s keep in mind that nothing matters more than what we prepare – that’s our number one focus, every day.”