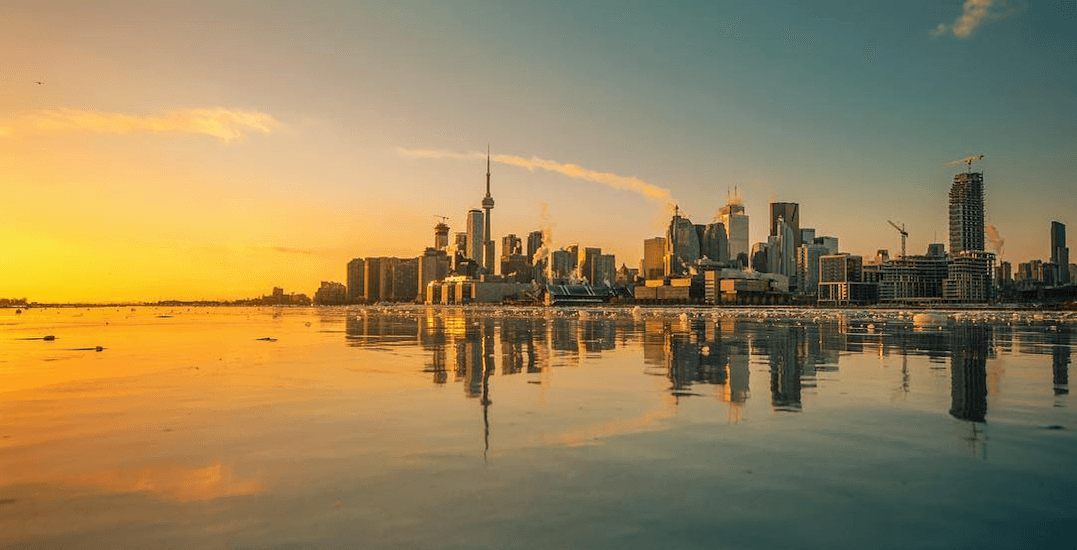 Whatever you have planned for this weekend, you’re going to want to do it outside, as Toronto is expected to experience a temporary warm-up.

According to the Weather Network, warm weather is on its way.

While the City of Toronto issued a Cold Weather Alert on Thursday, it’s expected to lift by noon on Friday as the temperatures begin to increase in the region.

“Warm weather is on the way to southern Ontario this weekend and some regions are even seeing the chance for temperatures to be closer to the 10-degree mark than to 0°C,” reads a Weather Network report.

“While the balmy weather will be a dramatic change from the chilly temperatures that the region saw at the beginning of the week, it does not mean that is a signal for an early spring.”

The good news is, both Saturday and Sunday are expected to give Toronto “an early taste of spring.”

While it remains chilly on Friday, the mild weather technically kicks off on Saturday, as the city is expected to see a high of 6°C, along with some sunshine. 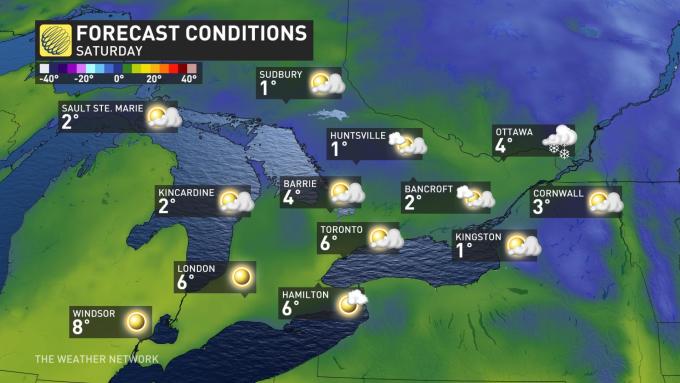 The warmest day of the week is expected to be Sunday, when temperatures will soar up to 9°C and sunny in Toronto.

“This will be a gorgeous weekend, especially by winter standards,” says Weather Network meteorologist Tyler Hamilton. 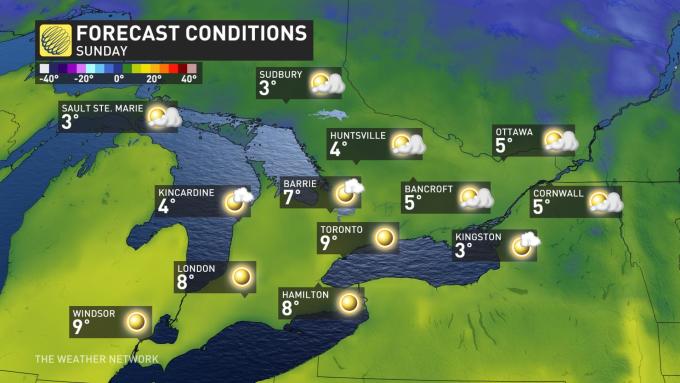 So make some plans to be outdoors this weekend. It may be the last 9°C day we see in Toronto this winter.

“The balmy conditions are not a signal for an early spring, however, as much colder weather is expected by the second half of next week and into the start of March, along with a more wintry pattern and some unsettled weather,” says The Weather Network.