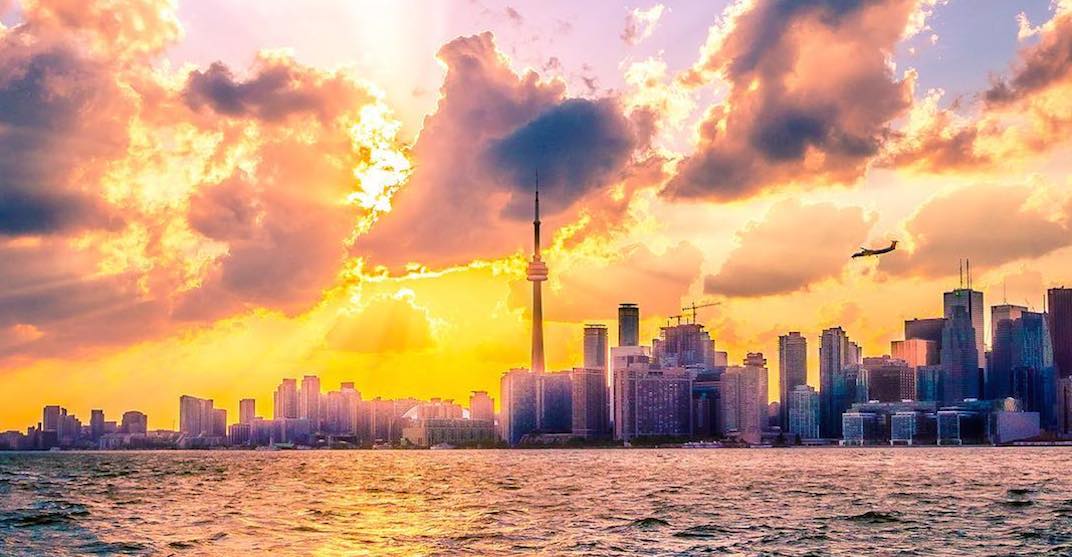 Toronto is in for a couple more warm weeks, according to The Weather Network.

In a report on Wednesday, The Weather Network said that, while the start of this week has been pleasantly seasonal, humidity will start to rebuild soon.

Later this week, with Super Typhoon Maria playing a role, Ontario will experience a delay of cooler July weather.

“Wednesday will be the ‘coolest’ day of the week with near seasonal temperatures despite lots of sunshine,” said Weather Network meteorologist Dr. Doug Gillham. “That’s before the heat rebuilds late in the week and into the weekend, although it will not be a repeat of the tropical conditions that we saw during the Canada Day long weekend.”

Although the high temperatures and humidity values dominated much of the month, the Weather Network is forecasting a cooler pattern by the third week of July. 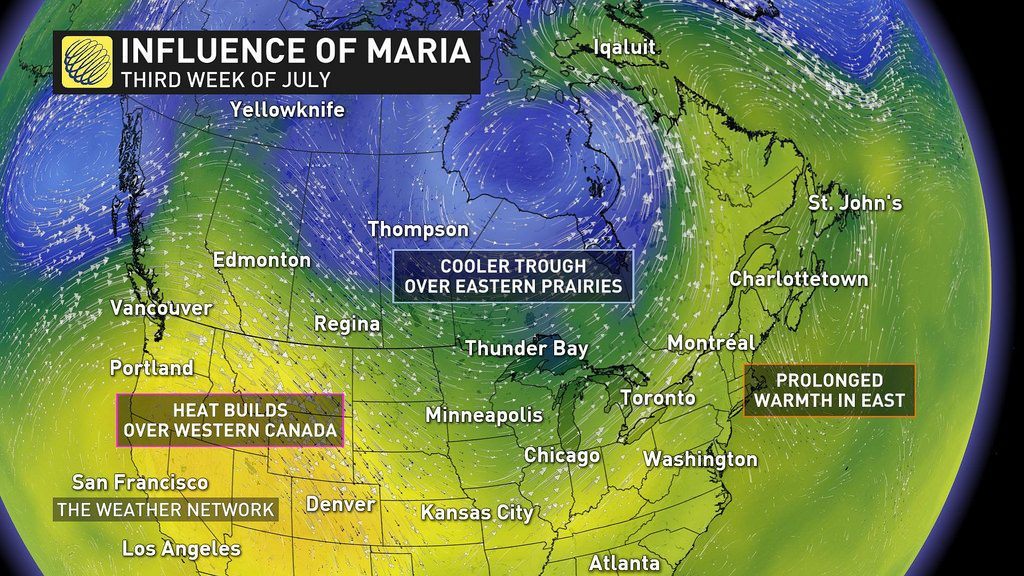 “However, it looks like that the dip in the jet stream will be further to the west than what we were initially expecting (more towards the eastern Prairies and into the western Great Lakes), which is actually related to the track of the typhoons in the western Pacific Ocean, including Super Typhoon Maria,” said Gillham. “And so this will delay the arrival of the consistently cooler weather.”

But it won’t be a quick transition.

“While the pattern change will take longer to develop, we still expect that the hot pattern will relax, and more comfortable temperatures will dominate during late July and into August,” Gillham said.

For now, the week is looking sunny and warm, with highs hovering around the 30°C mark, but humidity will peak at 39°C by Monday. 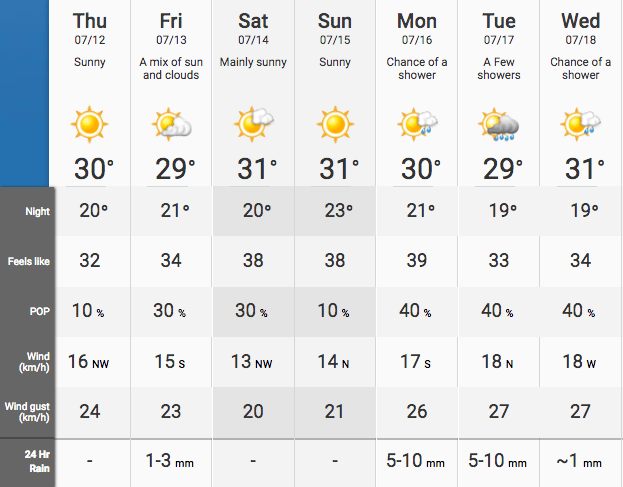