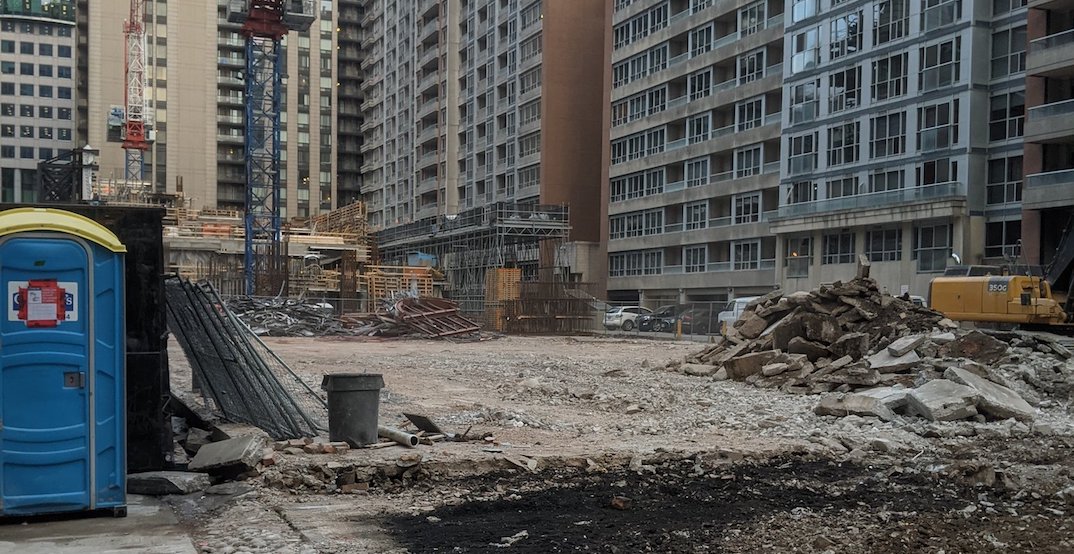 The landmarks were torn down this week as part of a plan to erect a 47-storey condo tower at the 99 Blue Jays Way site. The new tower, according to City records, will house 543 new residential units. 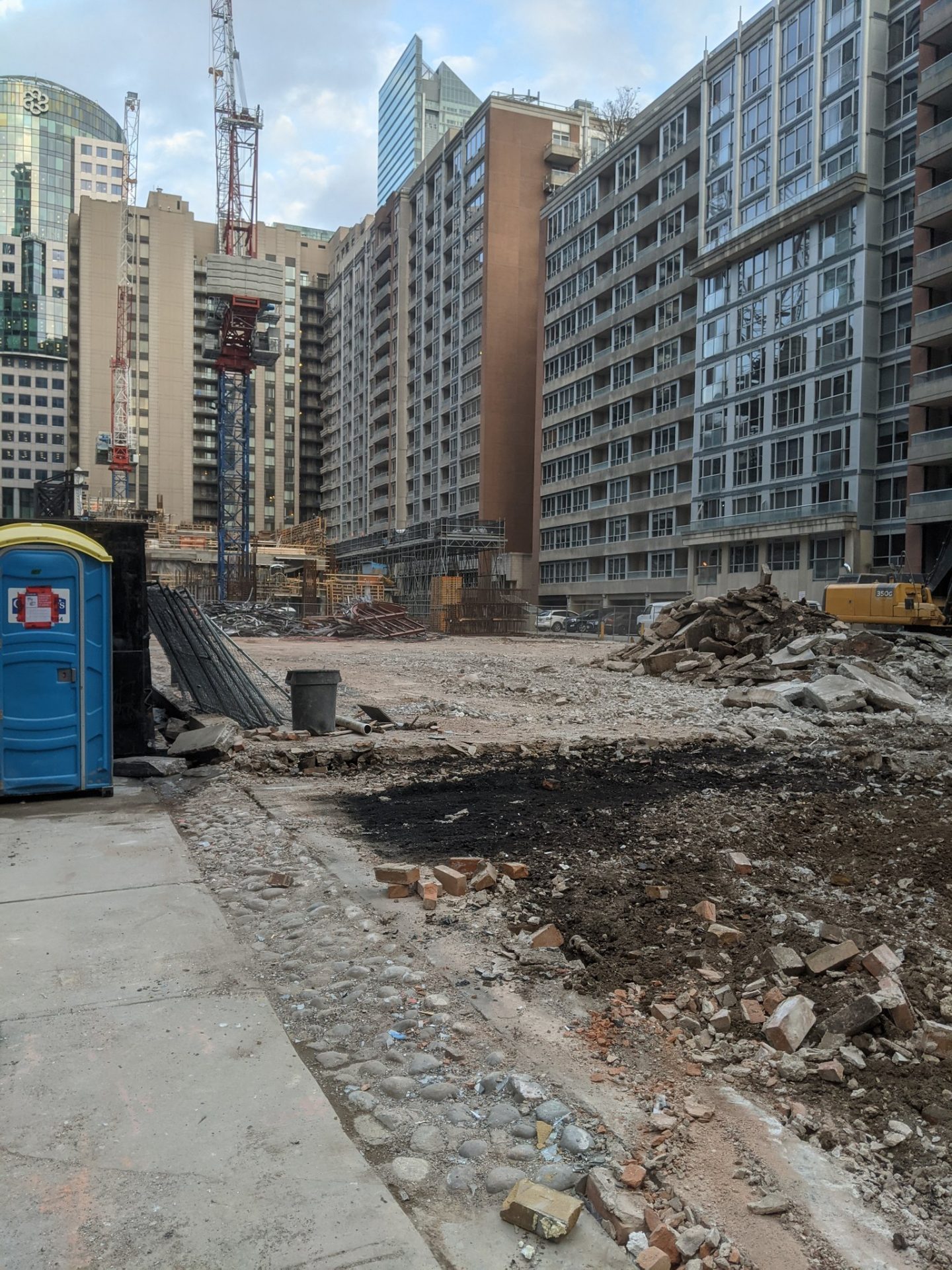 Demolition crews and cranes took over the site and turned the popular restaurant and comedy theatre to rubble. The almost 100-year-old building had housed Gretzky’s restaurant since 1993 and Second City since 1997.

The building that will take over the lot will be a mixed-use condo with housing and retail space. At the bottom of the massive CentreCourt development will be a six- and eight-storey base.

The new residential units will range from studios to three-bedroom plus dens, and the building will have plenty of high-end amenities for its residents including a sauna, dog run, gym, yoga room, coffee bar, and outdoor green space.

News of Wayne Gretzky’s and Second City being demolished, along with the plans for a new condo tower, came much to the dismay of many Torontonians, some of which took to social media to share their frustrations.

Toronto’s famous Second city comedy club where Gilda Radner and John Candy and many more Canadian comedians got their start has been demolished for… CONDOS 😢😢😢 https://t.co/RQf7p8RUDX

Wayne Gretzky’s closed for good back in October with no plans to reopen.

The new tower is set to take a few years to finish, according to the development’s website, and will be ready for occupancy in the first quarter of 2023.