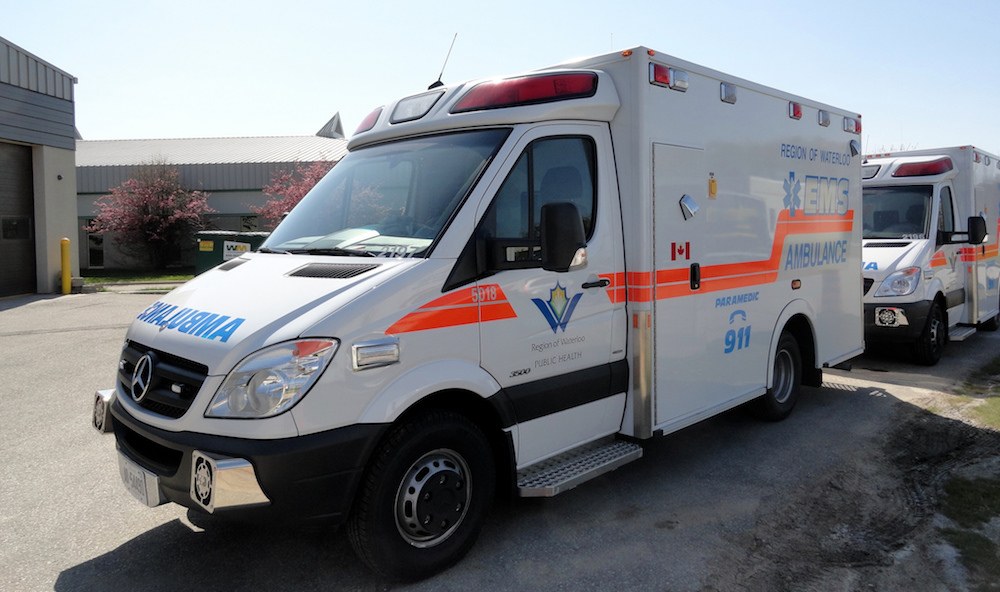 A 28-year-old man has been arrested and charged after taking a Waterloo ambulance for a joyride.

Waterloo Regional Police say they received a report that a Waterloo Emergency Medical Services Ambulance was stolen from Cambridge Memorial Hospital shortly after midnight on May 28.

Police located the ambulance heading along Highway 401 into Halton Region, where the OPP took over following the vehicle.

Hours later, at 6:45 am, the OPP located the vehicle in Clearview Township and “successfully deployed a stop stick.”

The ambulance came to a stop on Highway 26 in Clearview Township, when the driver was taken into custody.