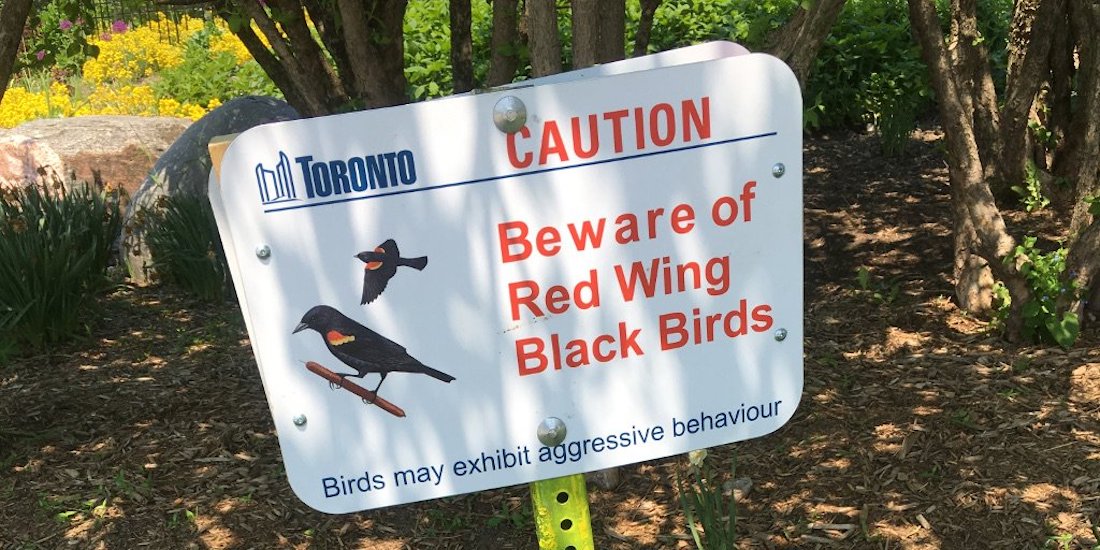 The City of Toronto has put up signs warning of red wing blackbirds at some of its parks.

According to Bird Studies Canada, the blackbirds that are flying up to people in the park are “protecting their own.”

The national charitable organization recommends giving the birds some space, and say they will leave you alone.

“Behaviour will abate when nesting season is over,” they said.

Additionally, the city said the signs will be taken down once mating season is over.