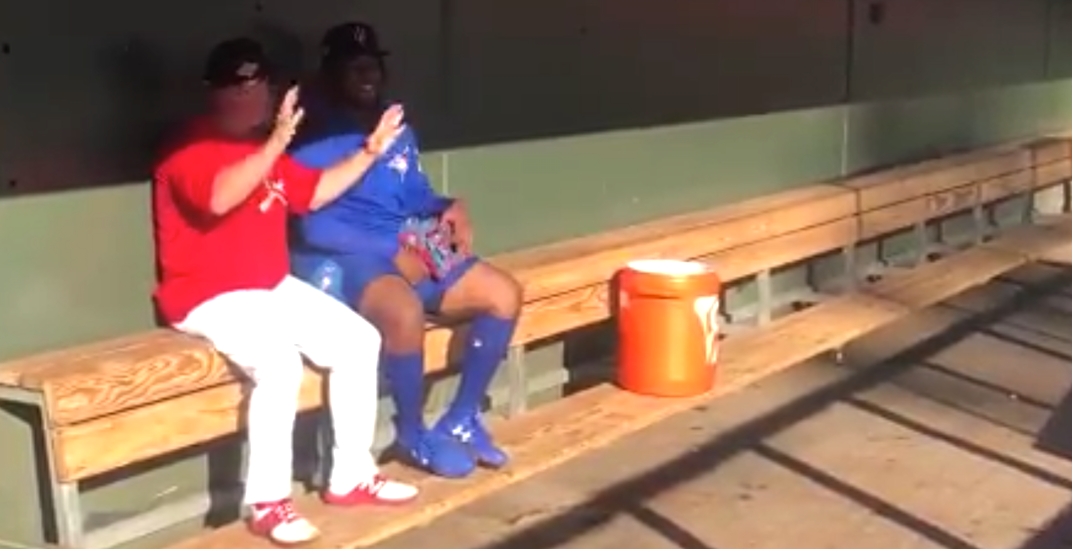 The Canadian former Major League Baseball player is now a first base coach for the St Louis Cardinals. While in Arizona for fall league play, he met up with a player with close ties to his home and native land.

Vladimir Guerrero Jr is the son of a Montreal Expos legend, and the most promising prospect in the Toronto Blue Jays’ system. He’s expected to play in Toronto next season, so Clapp decided to help him learn the basics of life in Canada.

He taught him how to sing O Canada:

Vlad JR. Getting his extra early work in after taking ground balls this morning! His most important task for AZFL 2018!
“O” Caaannaaddaa! pic.twitter.com/PWLXmH7N6s

Guerrero was born in Montreal, but grew up in the Dominican Republic. The 19-year-old doesn’t speak much English, but that didn’t stop Clapp from getting him to sing in one of Canada’s two official languages.

Perhaps Clapp, who has been involved with Canadian National Baseball Team for a long time, is trying to recruit Guerrero for the next World Baseball Classic.

Since he was born in Montreal, Guerrero would have access to a Canadian passport.

Stubby Clapp clearly enjoying having Vladdy Jr. around: “His early work right now in the Arizona Fall League is learning how to sing the first verse of O Canada and I’m trying to talk him into playing for Canada at the next WBC since he was born in Montreal.”#BlueJays