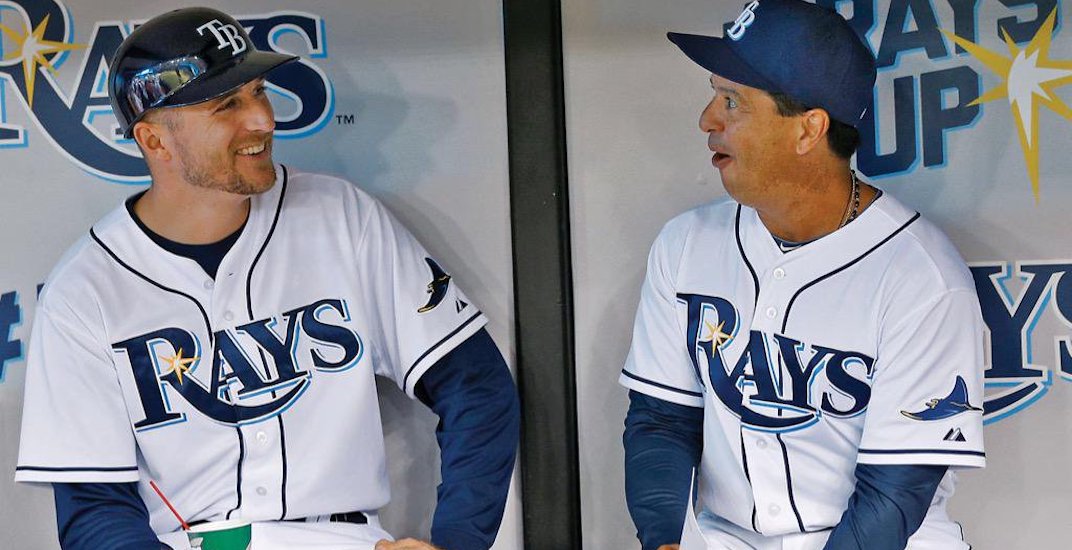 After an exhaustive managerial search, the Toronto Blue Jays settled on Charlie Montoyo as their successor to John Gibbons. Montoyo was the Tampa Bay Rays’ former bench coach and third base coach who spent over two decades as a coach or manager in the Rays’ organization.

Intel was scarce on the Blue Jays’ shortlist of candidates and even less information about the successful skipper. Among the interviewees, Montoyo was the most qualified of the bunch, managing over 2,400 games in the minor leagues.

With very little background on Montoyo, here are some interesting facts about the 13th official manager of the Toronto Blue Jays.

1. His very 1st MLB hit was a game-winner

With only five Major League at-bats under his belt, Montoyo is the quintessential “cup of coffee” big leaguer. In what little MLB action he saw, the Puerto Rican native made it count. In his very first MLB at-bat on September 7th 1993, he delivered a game-winning pinch-hit RBI for the Montreal Expos.

2. He has ties to Jose Bautista

They may not have crossed paths in the Major Leagues, but Montoyo shares a common thread with a Blue Jays legend Jose Bautista. Both players were brought to the United States with help of Don Otterman.

“His dream was to bring kids from Puerto Rico and the Dominican Republic to the states and give them an education and then maybe sign professional baseball after that,” Montoyo said during an “Inside the Rays” feature.

3. His nickname was “Choo Choo” in Ottawa

The Blue Jays are known as “Canada’s team” and the club’s new manager has a few Canadian connections.

Not only did Montoyo suit up for one of only two Canadian Major League Baseball teams at the time, but he also played for one of the few Major League affiliate teams situated in Canada. The new Blue Jays’ skipper was a member of the Montreal Expos Triple-A affiliate team: the Ottawa Lynx.

And for whatever reason, he earned the nickname “Choo Choo” during his days with the Lynx.

Before Montoyo was promoted to the Tampa Bay Rays’ Major League coaching staff, he spent 17 years managing at every level of the minor leagues. The 53-year-old became a legend of the International League as he coached the Durham Bulls to seven division titles, six trips to the league finals, and won two International League championship titles.

Montoyo walked off into the sunset at the end of the 2014 season as the winningest manager in Durham Bulls history with 633 Triple-A wins under his belt. Whichever minor league affiliate Montoyo touched, it turned to gold as he enjoyed great success with the Rays’ top young prospects.

Judging by how slowly John Gibbons sauntered out of the dugout, nobody expected his daily step count to be in the tens of thousands. On the flip side, the Blue Jays’ new manager runs at least eight kilometres every day.

Montoyo told Sam Stephenson that he still runs five miles daily. That’s an impressive feat for someone who’s not only 53 years old, but also travelling on the road for the better part of three months every year. It’s not easy to find time on the road to get exercise, but Montoyo manages it with ease.