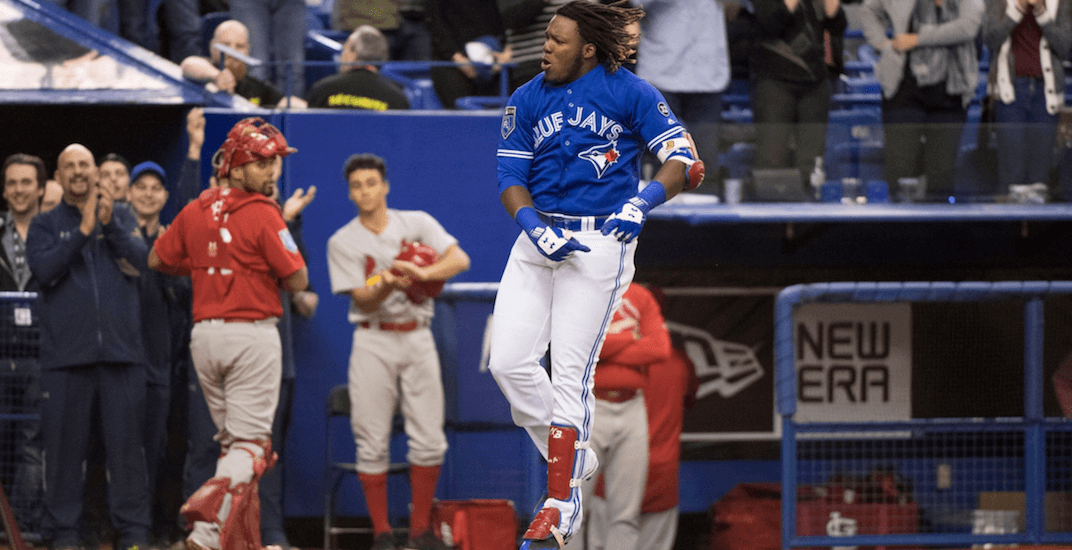 The best screenwriter in Hollywood couldn’t have scripted a better ending. The son of a Hall of Fame legend hit a walk-off home run in the very same ballpark where he watched his father play, all while wearing his dad’s number 27.

Vladimir Guerrero Jr. capped off the Toronto Blue Jays’ exhibition series in Montreal with this mammoth walk-off home run to finish the game.

You couldn’t script it any better. People wouldn’t believe you. #LikeFatherLikeSon pic.twitter.com/yURPB0UqsY

It wasn’t a wall-scraper either, this ball was launched like a rocket into the stands at Olympic Stadium. And the moment the ball took off from Guerrero Jr.’s bat, the stadium erupted and then social media lit up like a wildfire.

The game itself didn’t have all that much meaning, but the symbolism of it all; Vlad Jr. playing in the same stadium that Vlad Sr. did and young Guerrero being the hero for his team. These are the reasons why you watch sports, for moments like these.

Watch closely and you’ll see Bo Bichette leap into frame like a flying squirrel, celebrating his teammate’s walk-off home run. As far as Blue Jays Spring Training or exhibition game memories go, this one is up there.

The team will now travel to Toronto for their Home Opener on Thursday afternoon against the New York Yankees, but the talk of the entire country will be about Guerrero Jr.’s heroics in Montreal.

The team will soon announce their official Opening Day roster and unfortunately, he won’t be on it. Guerrero and Bichette will stick around in the minor leagues to develop and gain more experience at Double-A New Hampshire, but they played looked anything but inexperienced prospects during these exhibition games.

Young Vlad was there as a love letter to Montreal baseball fans. After he brought the house down in the series finale, it’s only going to make fans ravenous to see Guerrero playing in Toronto with the Blue Jays.

They won’t get their wish for a while, but if Vlad Jr. keeps hitting bombs like that in the minor leagues, the Blue Jays may not have much choice but to promote him from the minors.