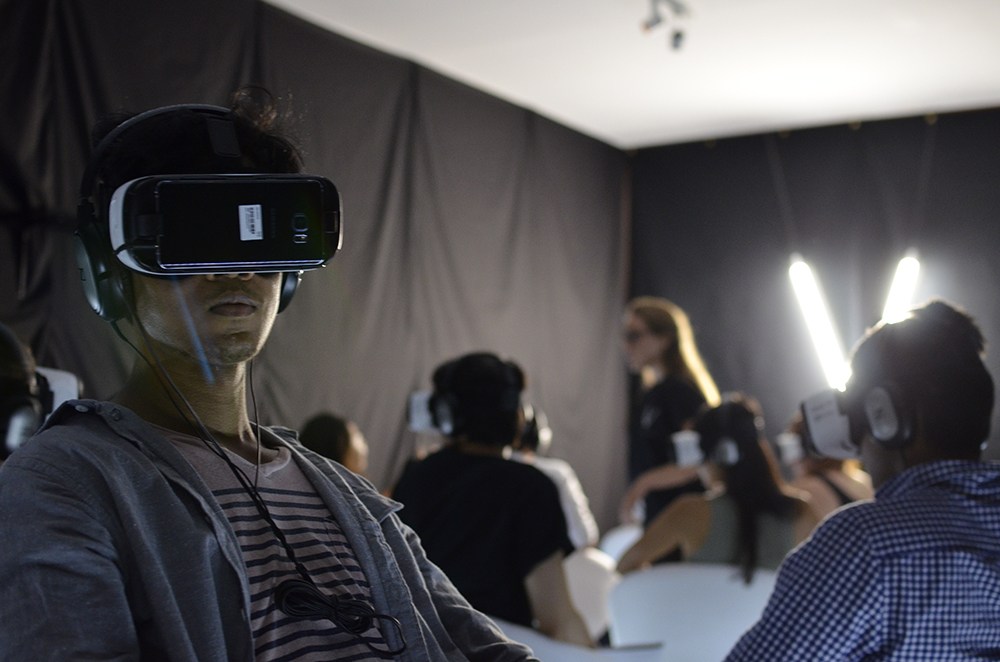 At 1247 Dundas West, just west of Ossington, there’s a tiny unassuming storefront with a sandwich board outside that reads: VIVIDVR.

#vividvr cinema. A must see!

Peer in the window in the evenings and you’ll find 21 people sitting in white swivel chairs in a room covered in makeshift black fabric. There’s a giant white neon V glowing on the back wall, and everyone is wearing giant headsets, peering around in a silent virtual stupor.

It’s a weird sight. It feels a bit like you’ve stumbled into a V for Vendetta cult meets the Matrix. This is North America’s very first virtual reality cinema.

If you want to see what it’s all about you’ve got to act fast because they’ll be gone by September 11. The VR cinema pop-up is an experiment to find out if the concept could work as a permanent location.

Tickets are $20 and you’ll be treated to 3 short VR films that demonstrate some of the interesting possibilities for virtual reality media.

VIVIDVR uses Samsung Gear VR headsets so you’re essentially looking at the screen of an Android phone up close. The films are shot in 360 degrees so you can physically turn around in your seat and see the other side of the room you feel like you’re standing in. The audio is calibrated to change as you move, making it feel even more realistic.

The company fondly refers to the films as “diamonds in the rough” because they’re not perfect. The resolution is crude, the video stitching evident, and the ideas experimental, but each film presents a fascinating foray into the new technology.

In Jet Lag, two women struggle with the challenges of a long distance relationship, expressing themselves through audio communication with each other, and dances from their respective cultures. The 360-degree angle lets you feel like you’re experiencing these breathtaking locations with stunning views right alongside them.

In The Ark, the struggle for the life of the endangered northern white rhino is depicted through intimate natural encounters and experts around the world who are fighting to rescue the species. The film experiments with splitting the scene into two 180-degree halves so you can choose where to focus your attention.

In I Am You, a young couple meet to spend some quality time together and test out a new app that lets you swap your consciousness with another person. The first-person experience makes you feel as if you’re there, testing the app for yourself. It is honest, real, and visceral. This one is the clear winner among Torontonians. 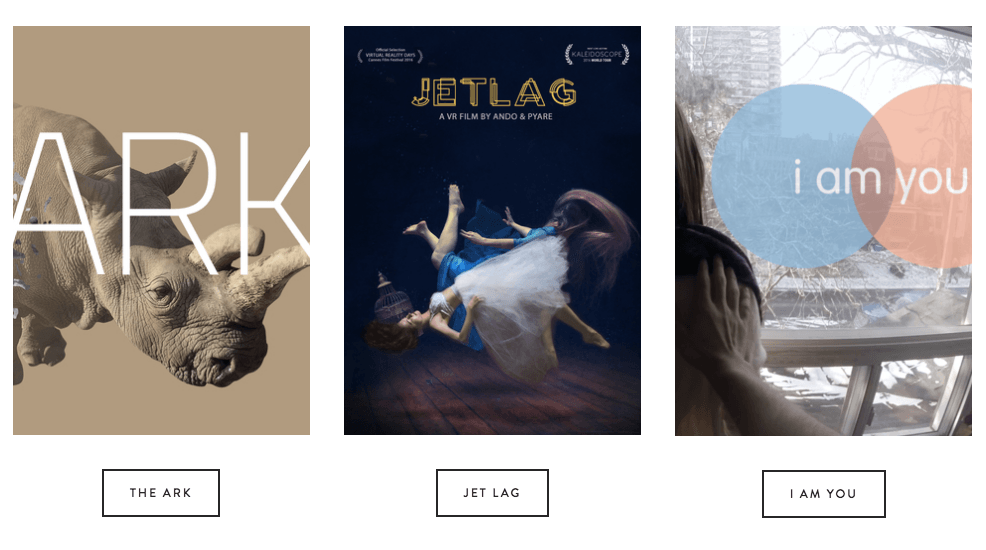 There are typically 3 screenings at 7, 8 and 9pm on weekdays, and screenings each hour from 3-5pm and then from 6:30-9:30pm on the weekends. You can book tickets online here.

Make sure to show up about 10 minutes before your screening. You’ll need to sign a short waiver and get set up with the gear in your seat. Expect to feel a bit dizzy at some point during the screenings (I did), and if it’s too much you can always close your eyes for a moment or take the headset off.

If you’re looking for something a bit different to do in the city, this is it. Try it out before it disappears!