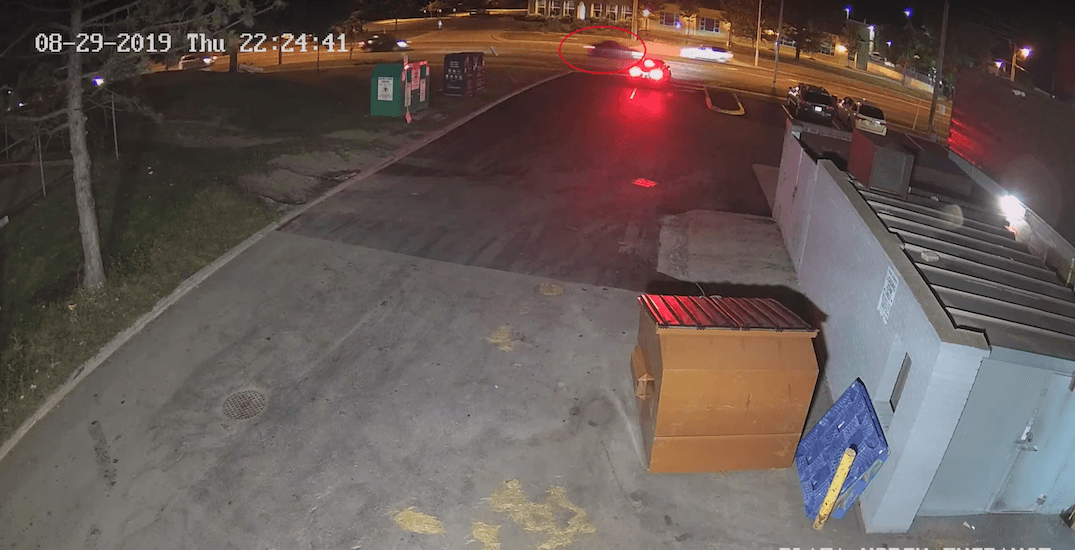 Toronto police have released a video of a vehicle believed to be involved in a fatal hit-and-run last week in Scarborough.

On Friday, August 30 at around 10:23 pm, officers received reports of a collision in the area of Sheppard Avenue East between Abbotsfield Gate and Palmdale Drive.

According to police, a woman was standing in the centre turn lane, crossing Sheppard Avenue East from the south side to the north side.

Police say they believe she was waiting for a break in westbound traffic.

At this time, the suspect’s vehicle was travelling eastbound on Sheppard Avenue East at a high speed in the centre turn lane.

The suspect’s vehicle then struck the woman, continued driving straight, and was last seen making a right turn onto southbound Warden Avenue.

With the permission of the family, the woman has been identified as 34-year-old Celeste Jones.

The suspect’s vehicle is described as a small car, black or dark blue in colour with a modified or loud muffler.

Investigators have released video footage that they believe shows the suspect’s vehicle travelling east on Sheppard Avenue East, in the centre turn lane at a high speed, after striking the victim.

Police say there were several other motorists around the suspect’s vehicle at the time and they are asking for those people to come forward.

Investigators are also appealing to body shops and vehicle repair locations for their assistance as well.