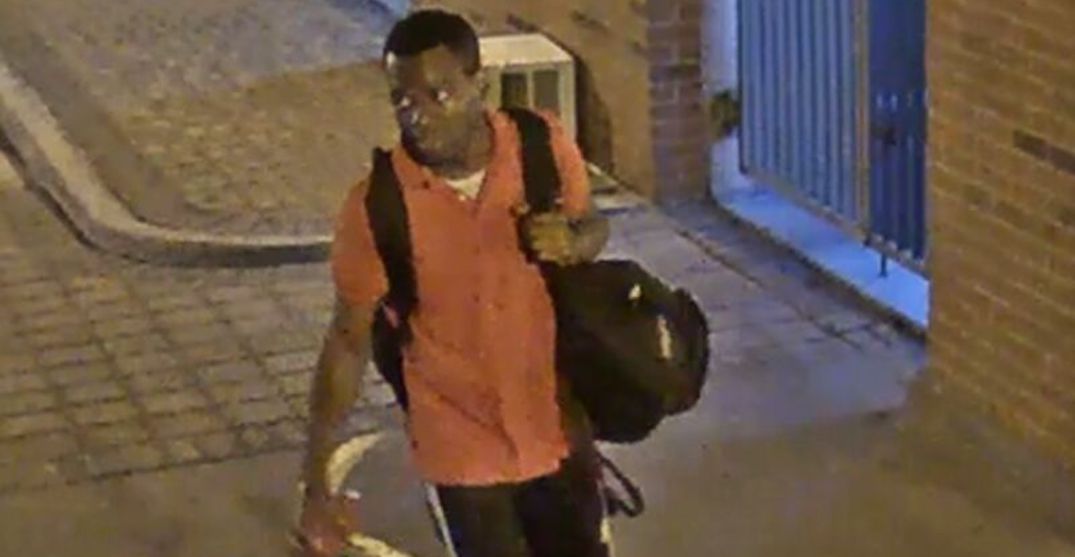 Toronto Police are looking for a man wanted in a violent sexual assault investigation.

According to police, on Tuesday, July 30, at approximately 2:30 am, a woman was in the McGill Parkette near the Gerrard Street and Yonge Street area

Police say a man approached the woman and allegedly struck her on the head with a piece of concrete.

He then allegedly produced a knife and sexually assaulted the woman before a passersby in the area confronted the man. The suspect then fled the scene.

The woman sustained injuries and was transported to hospital.

The suspect is described as 6′, mid to late 20s, thin build and short black hair.

He was wearing a red short-sleeve shirt, black track pants with white vertical stripes, black and white sneakers and a black backpack.

Police released security video of the man wanted in the assault investigation. 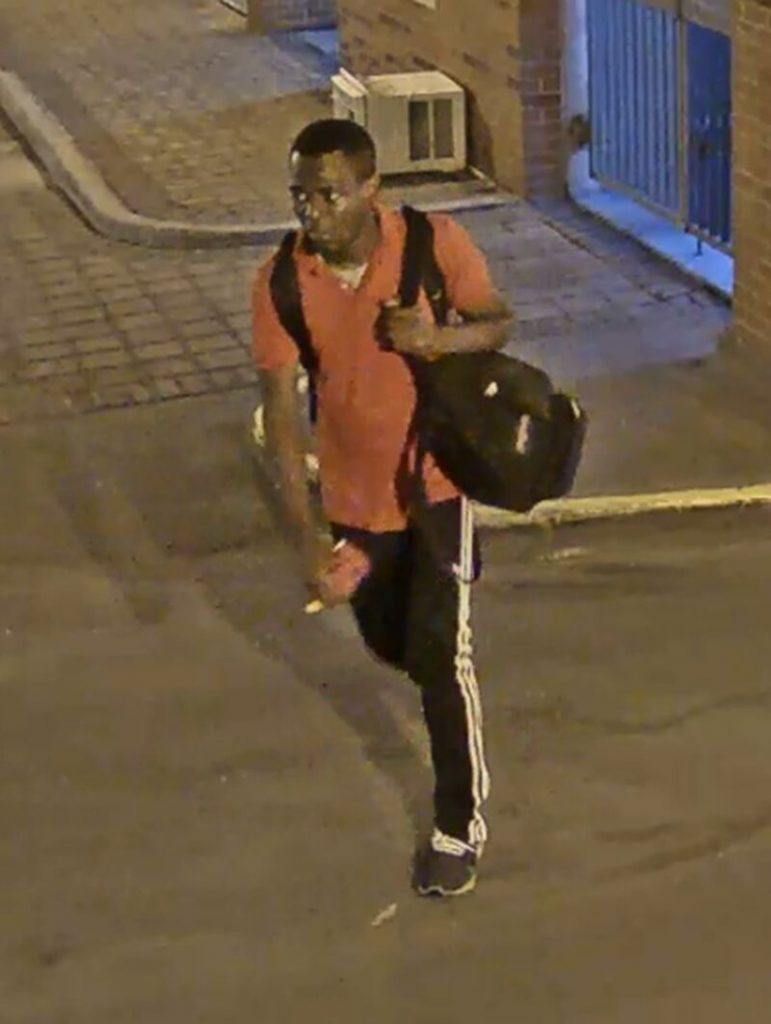 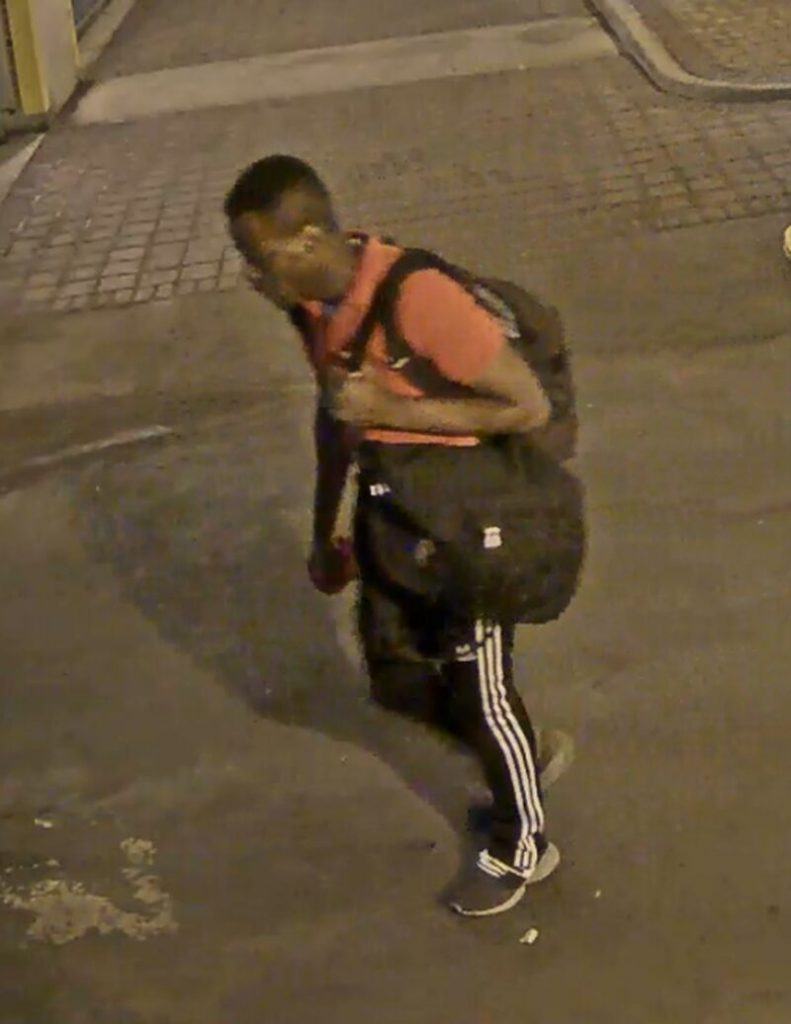