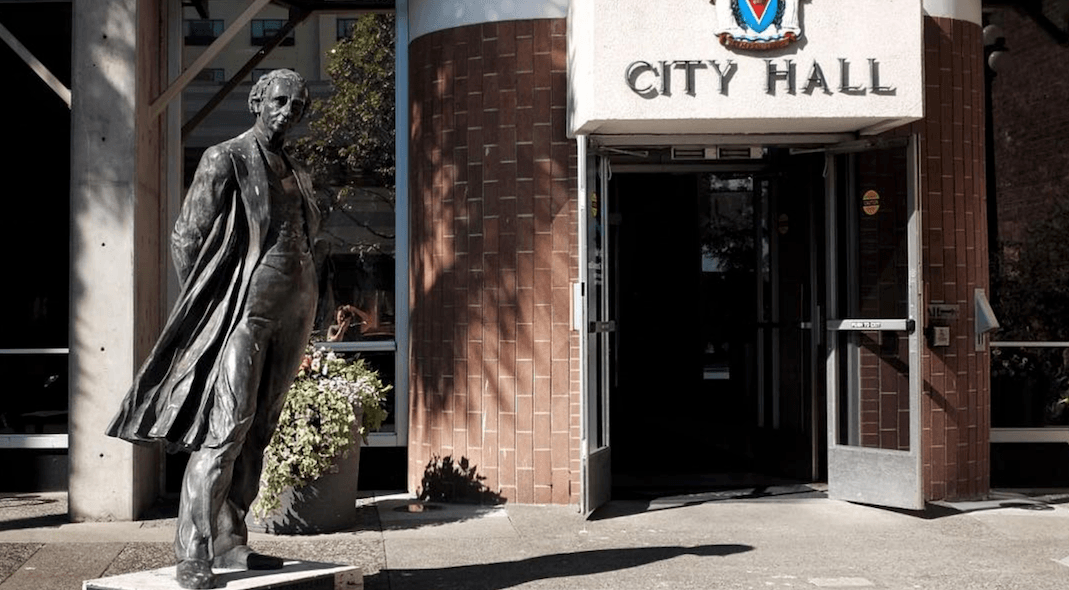 The City of Victoria is looking to remove the statue of John A. Macdonald from the doorstep at City Hall.

On Thursday, Victoria City Council will be asked to support the decision to remove Canada’s first Prime Minister from City Hall, because of his role as a leader of violence against Indigenous peoples.

If endorsed, the statue will be removed on August 11.

“After a year of discussion, deliberation, truth-sharing, and seeking counsel from the Songhees and Esquimalt Chiefs and Councils on multiple occasions, the family decided on the first concrete action we would like to take as we continue the path of truth and reconciliation,” wrote Mayor Lisa Helps, referring to “City Family,” the group addressing reconciliation programs.

“We will remove the statue of Sir John A. MacDonald from the front doors of city hall so that the family members and other Indigenous people do not need to walk past this painful reminder of colonial violence each time they enter the doors of their municipal government.”

According to Helps, in addition to being the first prime minister of Canada, Macdonald was “a key architect of the Indian Residential School system.”

“I am ashamed to say that I have an undergraduate degree in Canadian history, a master’s in Canadian history and a half-completed PhD in Canadian history,” said the Mayor of Victoria.”It is not until we began this Witness Reconciliation Program that I learned about the role that Canada’s first prime minister played in developing residential schools, the effects of which are well known to be still felt today both by school attendees and their children and grandchildren.”

Helps said that the statue will be removed and stored in a city facility until an appropriate way to “recontextualize” Macdonald is determined.

She also said that they don’t propose to erase history, “but rather to take the time through the process of truth-telling and reconciliation as part of the Witness Reconciliation Program to tell this complex and painful chapter of Canadian history in a thoughtful way.”

A plaque will replace the statue, with wording that states:

“In 2017, the City of Victoria began a journey of Truth and Reconciliation with the Lekwungen peoples, the Songhees and Esquimalt Nations, on whose territories the city stands.

The members of the City Family – part of the City’s Witness Reconciliation Program – have determined that to show progress on the path of reconciliation the City should remove the statue of Sir John A. MacDonald from the front doors of City Hall, while the City, the Nations and the wider community grapple with MacDonald’s complex history as both the first Prime Minister of Canada and a leader of violence against Indigenous peoples.

Following its removal, and “an appropriate amount of time has passed (as determined by Elders from the Songhees and Esquimalt Nations),” Helps said that there will be a cleansing, blessing and healing ceremony held in the space where the statue formerly stood.

“So proud to be Canadian today! Well done, Mayor Helps,” wrote a commenter on Helps’ post.

But not everyone agrees with Helps and the City of Victoria’s removal of the statue.

On Twitter, Helps’ actions were called out for being “shameful and traitorous.”

John A. MacDonald is one of the greatest founding fathers of Canada. What the mayor of Victoria @lisahelps is doing is absolutely shameful and traitorous. We must stop this political correctness BS and protect our proud history and heritage! #cdnpoli #bcpoli

“John A. MacDonald was the catalyst of bringing the two founding people of Canada together. Skillfully negotiated the creation of our federation and founder of best nation on earth,” he said. “This is shameful.

Political correctness gone crazy. John A. MacDonald was the catalyst of bringing the two founding people of Canada together. Skillfully negotiated the creation of our federation and founder of best nation on earth. This is shameful. https://t.co/KgnrErayF2