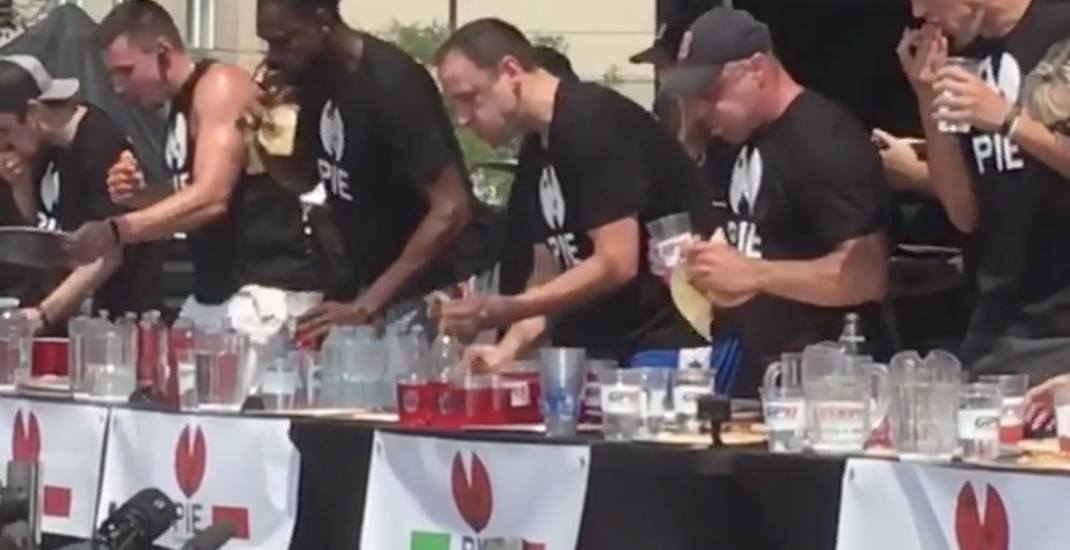 A competitive pizza eating event just north of Toronto attracted legendary major league eaters to the GTA over the weekend.

The Major League Eating sanctioned event took place on Sunday at the Vaughan Pizza Festival and “pit man versus woman versus pizza” in a 10-minute competition to set a world record.

Famed eater Joey ‘Jaws’ Chestnut was the favourite to win following his victory at The Nathan’s Famous Fourth of July International Hot Dog Eating Contest earlier this month, but it was Geoffrey Esper of Oxford, Massachusetts who triumphed after inhaling 19.25 pizzas in just 10 minutes.

Esper has proved his aptitude for pizza-eating before – he’s the current record-holder in the 10″ pizza division having eaten 83 slices in 10 minutes on April 22, 2018.